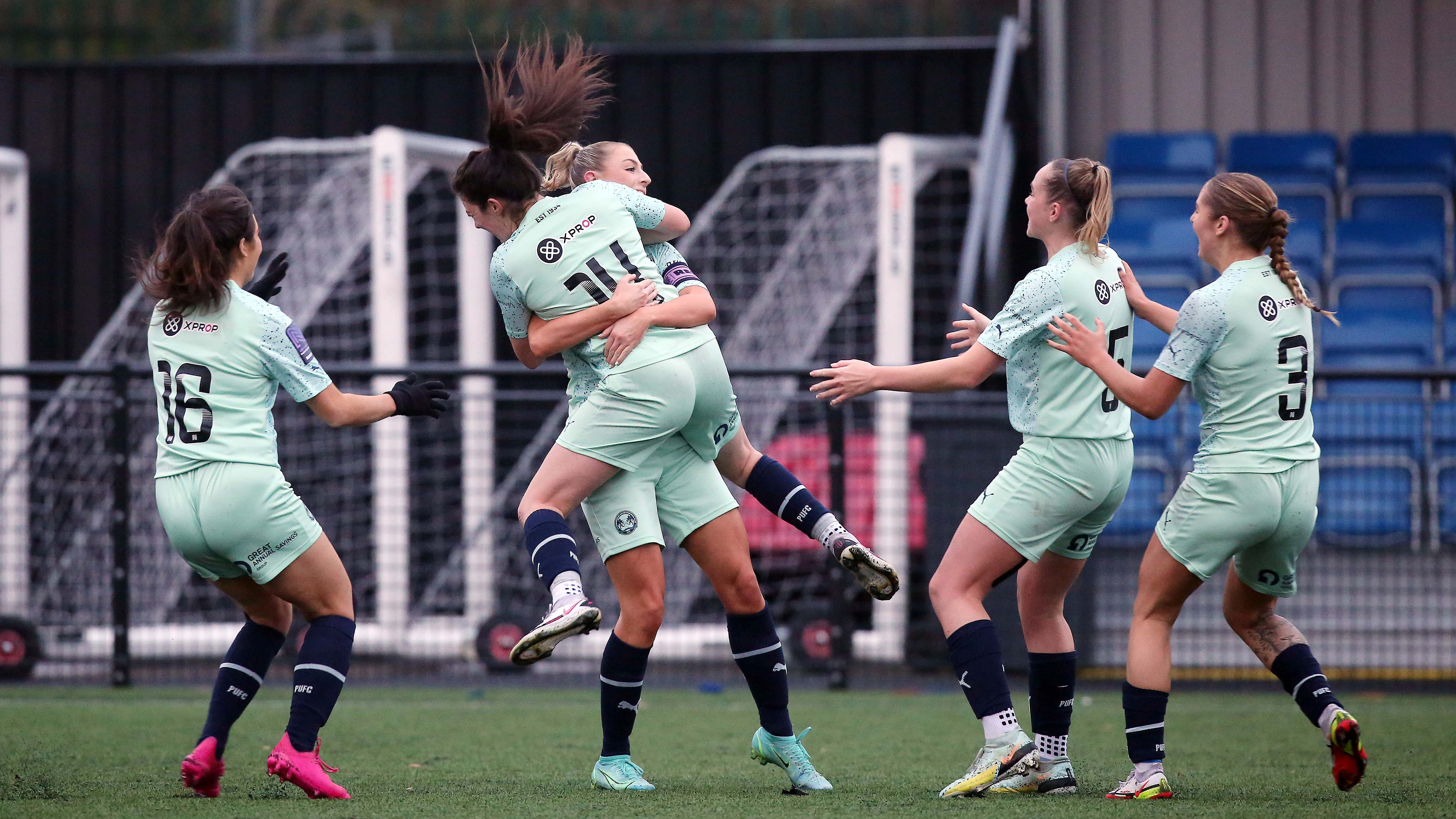 Driscoll strikes late to secure Posh Women's place in the third round of the FA Cup.

Peterborough United Women continue to make history in the Vitality Women’s FA Cup, progressing into the third round of the competition after a 2-1 victory over Sporting Khalsa at the Guardian Warehousing Arena on Sunday afternoon.

Despite a large number of the players suffering from illness on the day, Posh Women wrote another exciting chapter in their history to reach the third round of the FA Cup, putting them one step away from meeting a potential FA Women’s Super League side.

The game started with Posh on the front foot and after just a minute, Keir Perkins was played behind the Sporting Khalsa defence and went one-on-one with the keeper, but she dragged her effort just wide of the post.

On eight minutes, Kayleigh Aylmer’s corner caused a scramble in the box as Jess Driscoll saw her effort blocked before Sporting Khalsa retained possession and cleared the ball. Forward Andrea Oliveria, who made her first start for the first-team, came close again for Posh as Cassie Steward’s sublime ball through Sporting Khalsa’s defence fell to her feet, but after one touch too many, she failed to get her shot away.

Then, arguably against the run of play, Sporting Khalsa broke the deadlock on 29 minutes after an unfortunate slip from Evie Driscoll-King allowed Sporting Khalsa’s Olivia Woolston to advance through on-goal and slot home past Neive Corry to hand the hosts the lead.

Lawlor’s side looked quick to respond as Perkins raced past her defender, but Sportking Khalsa’s keeper was out quickly to save her effort. Sporting Khalsa looked to double their lead on the stroke of half-time as Green’s corner found a player at the back-post, but the ball was headed narrowly wide.

The hosts created the first effort of the second half as Michelle McCormack’s effort from the edge of the box went narrowly over the bar. Dan Lawlor made his first change on 61 minutes as Tara Kirk replaced Oliveria before Steward made way for Eden Bailey.

As the game entered the final 15 minutes, Posh found the long-awaited equaliser as Driscoll showed composure on the far right before playing a lovely ball over the top to Perkins and her lofted effort found the back of the net.

After grabbing the equaliser, momentum was on Posh’s side, and just five minutes later, Driscoll found the all-important winner as some excellent ball control saw her beat Khalsa’s defenders and advance into the box, her effort sneaking in at the near-post to secure Posh Women progression into the third round of the FA Cup.