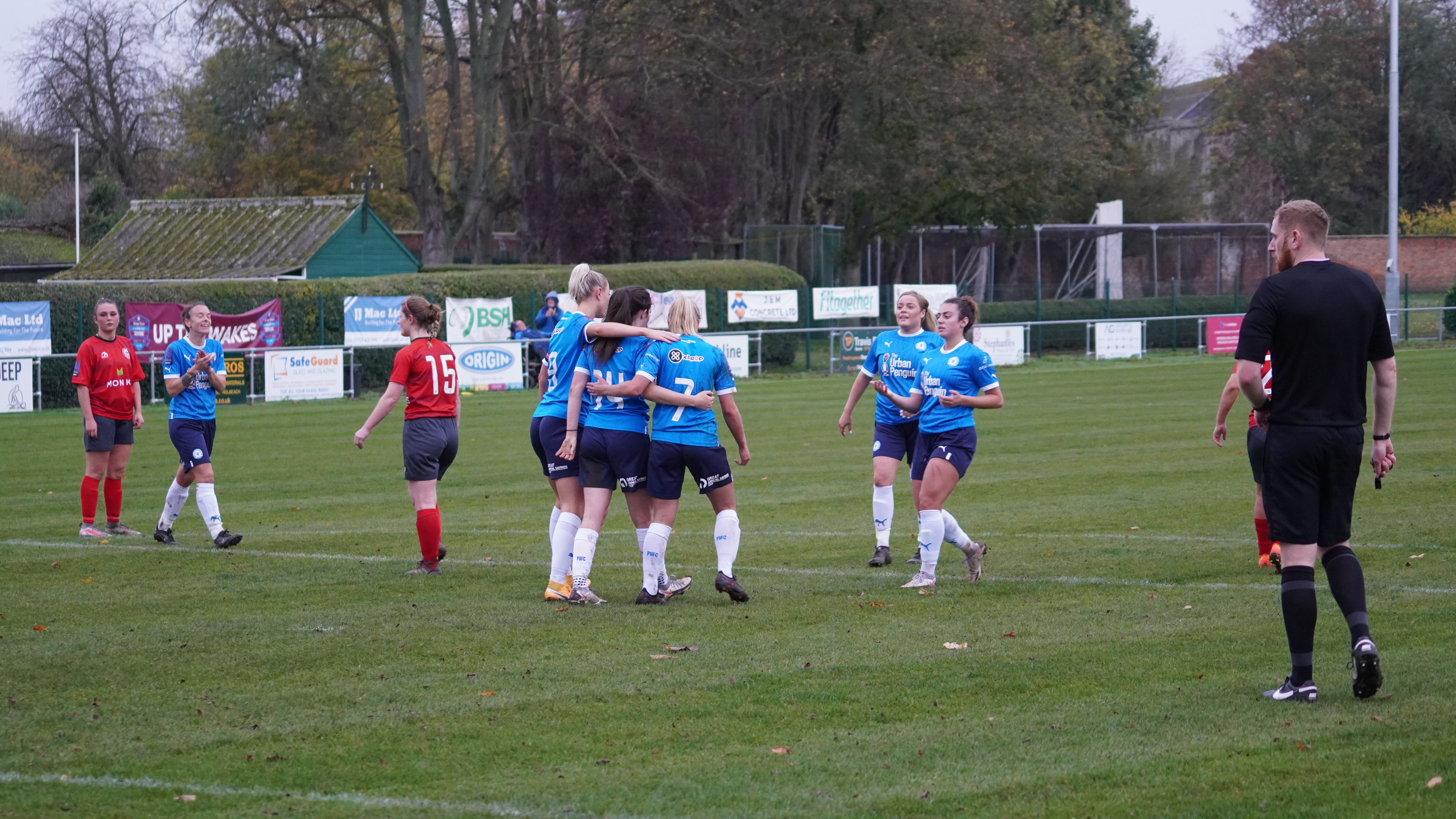 Posh Women secured their place in the second round of FA Women’s National League Plate.

Jess Driscoll and Keir Perkins both netted a brace as Peterborough United Women breezed to a comfortable 5-0 victory over Wem Town Ladies at the Abbey Lawn on Sunday afternoon and progressed into the next round of the FA Women’s National League Plate.

The visitors had the first opportunity on three minutes as the ball fell to Michelle Pasco just on the edge of the box, but she blazed her effort over the bar. Posh were inches from breaking the deadlock on six as Driscoll drove into the box and tried to lift the ball over the keeper, but it hit the crossbar.

Perkins should have opened the scoring on 19 minutes as Aylmer fed the ball through to the forward, but she dragged her effort wide of the far post. Niamh Connor rose the highest from Aylmer’s cross, guiding her header over the bar as Posh continued to search for the opening goal.

The deadlock was broken on 42 minutes as Posh were awarded a penalty after Emily Johnson had been brought down inside the box and Driscoll calmly converted from the spot. Dan Lawlor made two changes at the break as Johnson and Nicole Hendrick were replaced by Megan Lawlor and Tara Kirk.

It was nearly the perfect introduction for Kirk, who was picked out by Lawlor and looked to curl her effort into the far corner, but the defender got across to block the attempted shot. Posh doubled their lead on 54 minutes as they broke quickly from a Wem corner, Lawlor played it out wide to Kirk on the left and her cross was taken down by Perkins, whose right-footed effort took a deflection and looped over the keeper.

Driscoll thought should had her second of the game just before the hour mark, tapping home Lawlor’s low-cross, but the linesman adjudged the midfielder to be offside. However, on 62 minutes, Driscoll extended Posh’s advantage and what a goal it was, curling an effort into the top right corner from the edge of the box.

Perkins was inches away from grabbing a fourth as she advanced through on-goal and looked to slot the ball beyond the keeper, but it rolled across the face of the goal before being cleared. Posh extended their advantage on 78 minutes as Driscoll played the ball into Perkins, who nutmegged the defender and advanced into the box before calmly slotting the ball past the keeper.

It became five on 82 minutes as Lawlor found Kirk inside the box, who turned her defender and switched the ball onto her left-foot and she superbly found the bottom right corner. Neive Corry was called into action in the final stages of the game, tipping a long-range effort around the post to maintain her second clean sheet of the season.