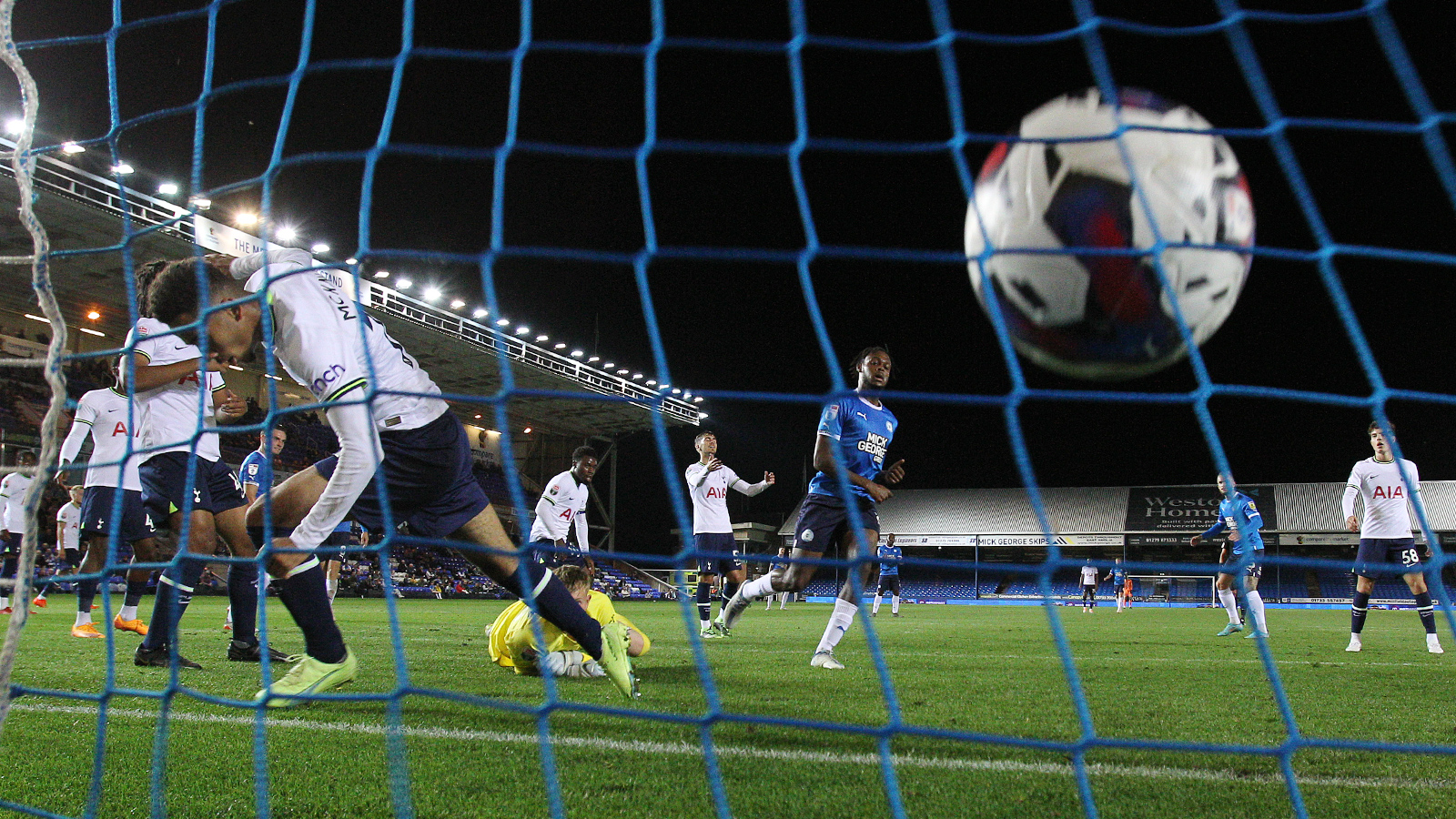 Jonson Clarke-Harris had an early opening to find the breakthrough for Posh after good work down the left from Ricky-Jade Jones, but the skipper lofted his shot over the crossbar with his left-foot from around 10-yards.

Clarke-Harris had a headed opportunity moments later from a delightful cross by Joe Ward, but under pressure he couldn’t keep his effort down from close-range. The deadlock was broken on 18 minutes as a devilish corner from Kwame Poku was flapped at by Hayton and defender Josh KNIGHT was there to head home from close-range.

Posh doubled the lead on 32 minutes as excellent work down the left hand side from Poku saw him ghost past his full-back and pull the ball back into a dangerous area, the initial effort was saved by Hayton but JONES was there to slam home the rebound.

On 40 minutes, Poku guided a shot wide of the target after a good ball into the box by Ward as Posh pressed for a third goal before the interval. A couple of minutes later, Taylor was denied by Hayton before Clarke-Harris lashed the rebound wide, although in truth he was under tremendous pressure at the time.

Grant McCann made a triple change at the interval with Jack Marriott, Hector Kyprianou and Joel Randall introduced for Clarke-Harris, Taylor and Thompson. Fuchs was cautioned on 49 minutes for a foul on Santiago.

Posh made it 3-0 on 50 minutes and it was a classy finish from Jack MARRIOTT, who took a touch and provided a classy finish into the top corner, giving goalkeeper Hayton absolutely no chance. Marriott was denied by Haytron on the hour mark after good pressing from Posh high up the pitch.

Joe Taylor, fresh from being called up to the Welsh under 21 squad and just ahead of linking up with his country, replaced Jones on 65 minutes as Posh made a fourth change. Marriott was denied an acrobatic second by a good stop from Hayton with the former Derby man making good contact with his overhead effort.

Butler was withdrawn on 76 minutes, a pre-planned change and more minutes in the tank for the left-back as he continues to regain match sharpness after a long spell on the side-lines. Joe Taylor was denied by Hayton on 82 minutes after a clean strike from an acute angle as Posh went in search of a fourth goal.

As the tie drew to a close, Mundle fired over from long-range as the visitors sensed a consolation goal was in the offing.