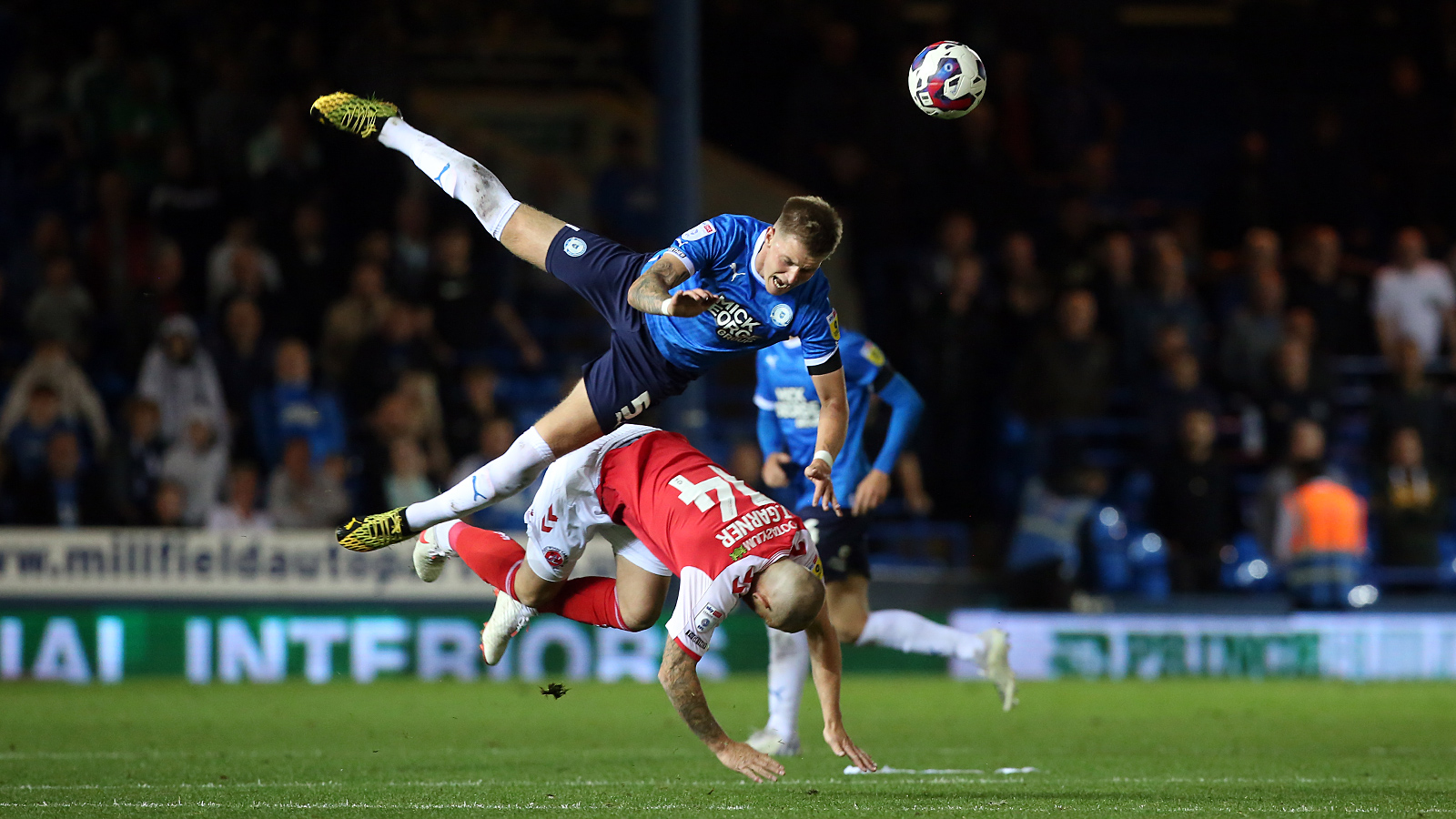 Posh rued missed opportunities as Fleetwood Town became the first side to inflict defeat on Grant McCann’s men in the league.

Peterborough United suffered their first home league defeat of the campaign as Fleetwood Town left PE2 with all three points thanks to a goal from skipper Josh Vela as Grant McCann’s men were left to rue missed opportunities in front of goal on a frustrating night in League One action.

Jack Marriott saw a close-range effort smothered by goalkeeper Lynch on the quarter hour mark and less than 60 seconds later, the striker had another opportunity and one that he would normally find the back of the net with, Kwame Poku sliding the ball into his path, but the former Derby County man lofted his effort over the keeper and over the bar.

The visitors opened the scoring on 23 minutes with Josh VELA eventually finding the back of the net after Bergström had twice denied Muskwe. Jack Taylor fired over on the volley from the edge of the box on 25 minutes after Joe Ward’s corner was only partially cleared.

Taylor tested Lunch with a skidding effort from range on 42 minutes as Posh tried to draw themselves before the interval with Nathan Thompson also cracking a shot wide from distance. Grant McCann made a change at the interval with Ben Thompson replacing Kyprianou in midfield.

Posh made a second change five minutes later with Josh Knight replacing Thompson who suffered an injury following a collision. Ben Thompson was shown a yellow card for a foul on Morton as the game approached the hour mark with Posh still searching for a change in momentum.

The changes kept coming with Ephron Mason-Clark and Ricky-Jade Jones introduced. Josh Knight saw a header go straight at Lynch moments later after a corner from Poku was flicked on by Kent. Taylor was cautioned for a foul by the touch-line on 65 minutes as referee Will Finnie continued to frustrate the home side.

Clarke-Harris flicked a Ward centre towards goal on 79 minutes with keeper Lynch doing well to tip it over the crossbar.