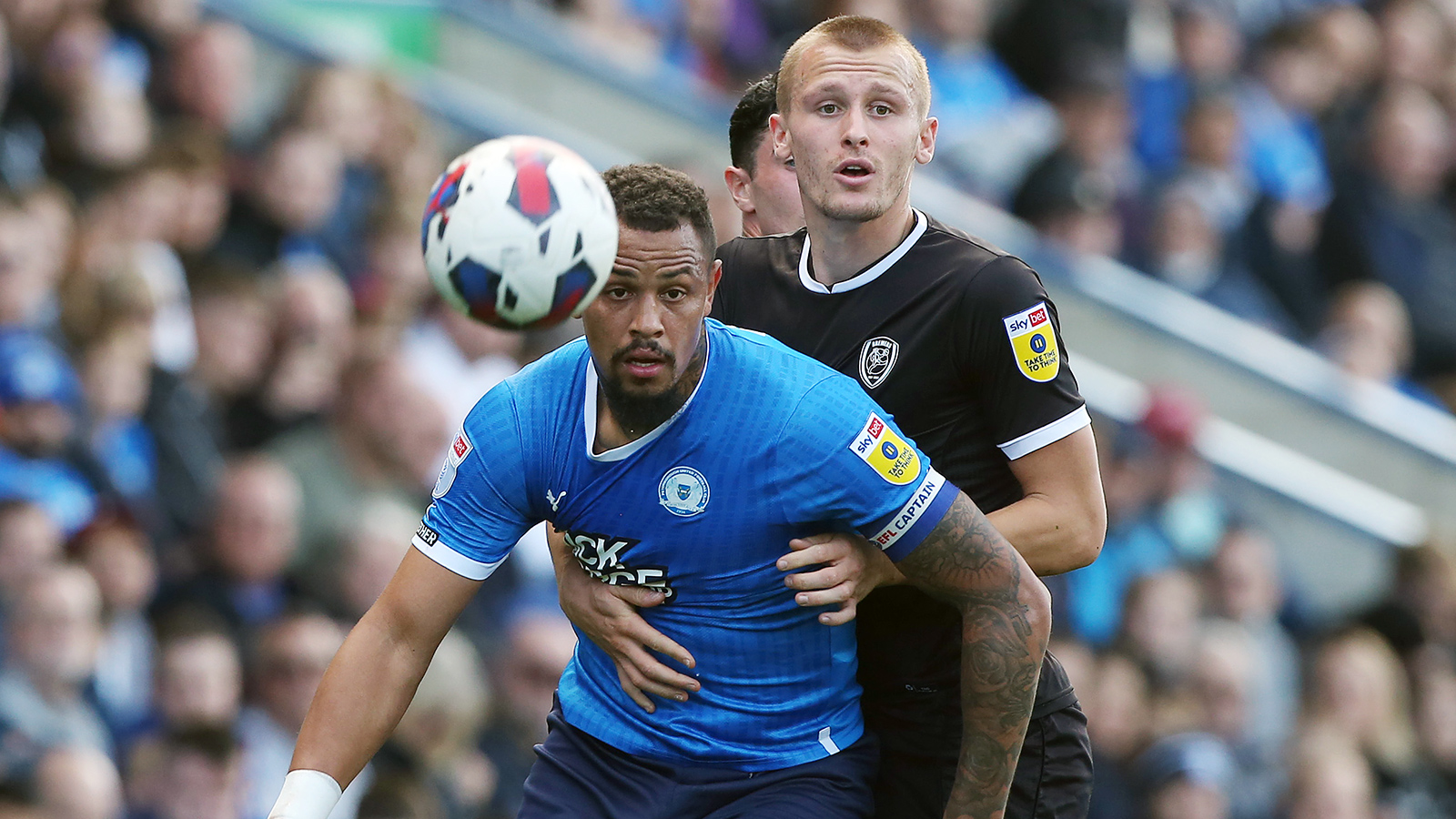 Posh were forced to settle for a point from their home fixture with Burton Albion at the Weston Homes Stadium.

Peterborough United were held to a 1-1 draw by Burton Albion at the Weston Homes Stadium in Sky Bet League One action as Jonson Clarke-Harris’ header was cancelled out by in-form Brewers front man Victor Adeboyejo in the last quarter of the contest.

The visitors made a solid start to the game and carved out the best opportunity of the opening 15 minutes on that mark as Joe Powell advanced down the left, dinked it over Bergström, but thankfully for Posh, it went wide of the far post.

Dan Butler dragged a shot from distance wide of the target at the other end after good hold-up play on the edge of the box from Ricky-Jade Jones. Keillor-Dunn forced Bergström into a smart stop on 24 minutes, tipping the fierce drive around the post after the former Oldham Athletic man let fly from the edge of the box.

Clarke-Harris had a good opportunity to break the deadlock moments later after good work from Jones down the left, but the Posh skipper fired over at the near post. Clarke-Harris glanced a header wide of the target from a clipped Ward centre on 28 minutes as Posh pushed again for the opener.

On 33 minutes, Posh were gifted another opportunity following a poor defensive clearance but Jones saw his powerful left-footed effort crack against the underside of the crossbar before the ball bounced to safety.

Taylor saw an effort pushed away to safety by Garratt three minutes later before Poku was penalised for a foul. Thompson dragged a shot wide of the target as the first half entered the final few minutes.

On the stroke of half-time, Jones flashed a header over the top from a Thompson cross before the referee Mr Stockbridge brought an end to the first 45 minutes. The deadlock was broken within two minutes of the second half and it owed a lot to the running power and bravery of Ben Thompson, who put the pressure on and forced a defensive clearance which was perfect for CLARKE-HARRIS who nodded home from close-range.

Clarke-Harris was superbly denied from point blank range by Garrett on 56 minutes before Ward dragged a shot into the side-netting after a bit of pinball in the defence. Brayford was cautioned for a foul on Jones just before the hour mark as he attempted to break after a collision involving Knight and Bergström saw the former left struggling.

Taylor fired wide from 25-yards on 66 minutes after another patient Posh build-up with Burton struggling to get out. Posh should have made it 2-0 on 72 minutes as Poku picked out Thompson, but his left-footed effort was sliced inches wide of the target.

The visitors levelled the scores on 74 minutes as a deep cross was nodded back across goal by Hughes at the back post and ADEBOYEJO was there to fire home from close-range. Posh made a triple change with 10 minutes left and one of those changes, Nathan Thompson headed over from a corner kick.