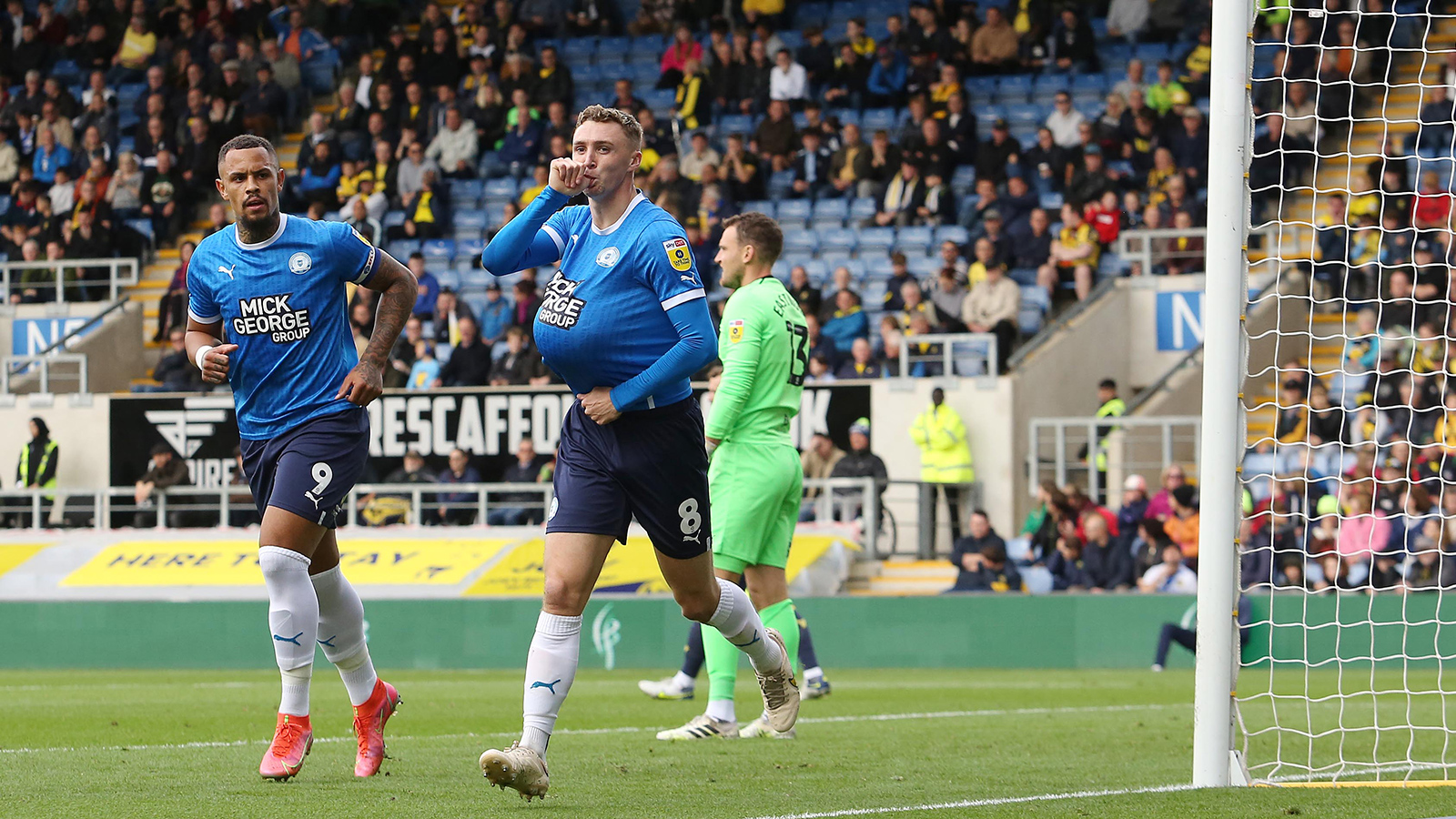 It was an eventful League One encounter, but the most important factor is that Posh left Oxford with all three points.

Peterborough United made it two wins from three on the road after a hard fought success at Oxford United in a game that was eventful from minute one to the last as Grant McCann and Karl Robinson’s men went toe-to-toe with Posh coming out on top 2-1 thanks to first half goals from Jack Taylor and Kwame Poku.

The first chance of the game fell to experienced front man Matty Taylor for the hosts, but he couldn’t quite wrap his foot around the ball to get his shot on target. Billy Bodin then lashed a snap-shot over the crossbar and into the vicinity of the Kia sponsored Media Car in the car park behind the stand.

The U’s had the ball in the back of the net on four minutes as Bodin’s effort found the back of the net, but it took a touch from Taylor in the middle who was standing in and offside position. Posh swept to the other end and opened the scoring, Kyprianou with a fine pass to Dan Butler, he carried the move going with a pass out wide to Ephron Mason-Clark and his centre was guided home by the returning Jack TAYLOR.

Grant McCann was forced into a change on 13 minutes as Ward limped out of the action to be replaced by Nathan Thompson. Taylor lashed a shot high over the bar for Oxford on 21 minutes after a patient build-up from Karl Robinson’s men.

Kyprianou was cautioned for a shirt tug on 22 minutes after he was caught in possession as Posh tried to play out from the back. Posh doubled the lead on the half hour mark as Kwame POKU swept home from the edge of the box with his left-foot after more excellent work from Ephron Mason-Clark.

Posh had the ball in the back of the net again on 33 minutes as Kent touched home a Mason-Clark volley but the offside flag curtailed the celebrations. The hosts hit the post on 37 minutes as a number of headers ended with Bodin directing his effort towards goal, thankfully for Posh it rebounded off the base of the upright and to safety.

Marcus Browne saw a deflected curling effort land on the roof of the net on 41 minutes as Oxford tried to get back into the game before half-time. Six minutes into the second half, the home side reduced the arrears as Billy BODIN was allowed time and space to power home a header into the bottom corner.

On 57 minutes, it all kicked off as Taylor and Edwards scuffled, the former was shown a straight red card after conversations with the assistant referee. Ronnie Edwards and Elliott Moore were also cautioned, as was manager Karl Robinson.

Burrows nearly caught Eastwood off his line on the hour mark, but the keeper retreated well to keep it out. Marcus Browne was cautioned for a foul on Nathan Thompson a minute later. Edwards produced an unbelievable clearance off the line to prevent Browne from levelling the scores as Oxford could have equalised as Posh continued to panic.

McCann made a triple change on 79 minutes with Jack Marriott, Ben Thompson and Kell Watts introduced for Poku, Taylor and Mason-Clark. Goodrham was cautioned for a needless barge on Butler on 85 minutes.

Burrows fired well wide of the target moments later after a slick passing move from Posh, perhaps their first of a frantic second half. Six minutes of added time was indicated as Butler went into the book for a foul.