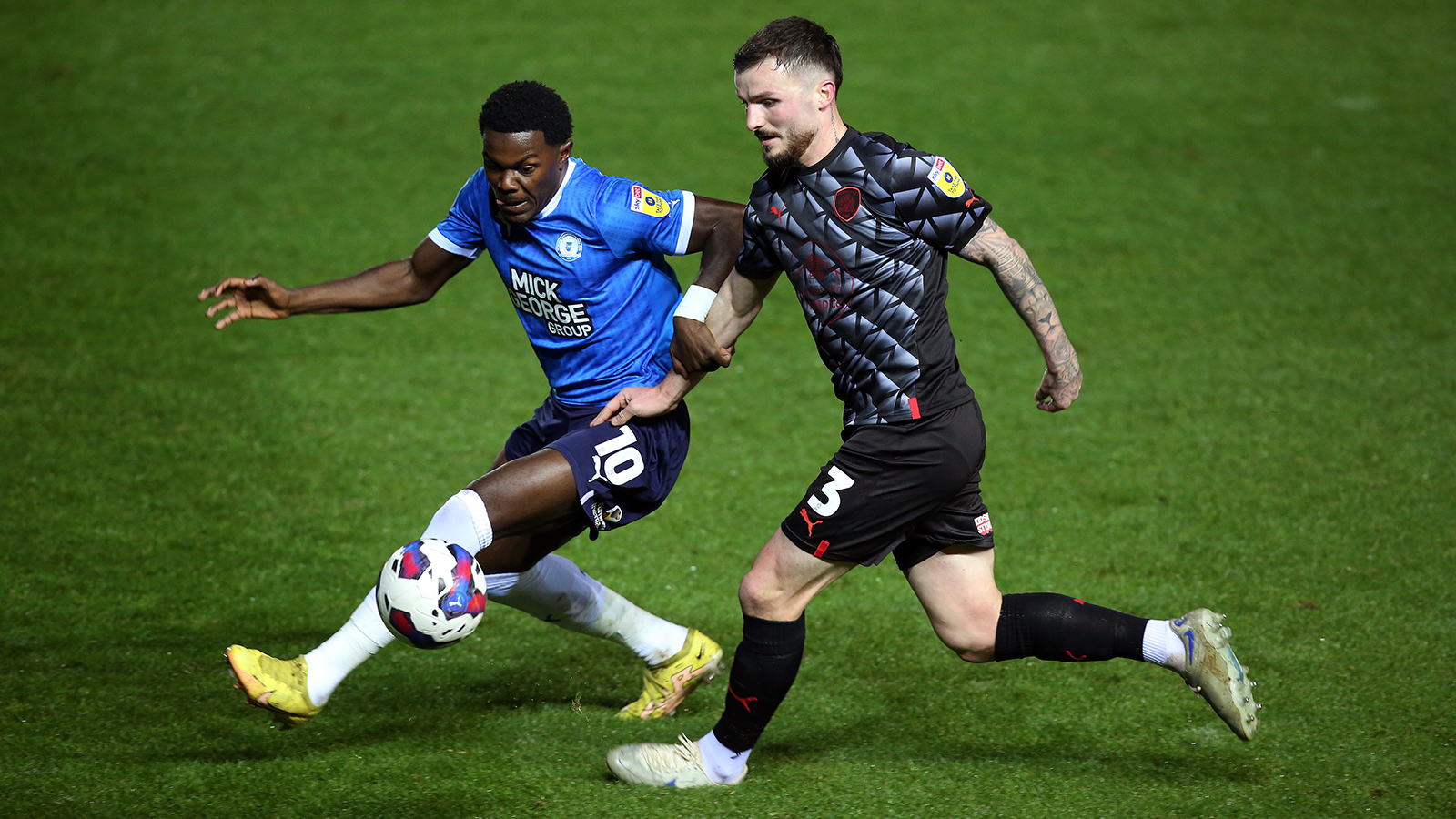 Barnsley condemn Posh to defeat at the Weston Homes Stadium.

Peterborough United suffered a 2-1 home defeat to Barnsley at the Weston Homes Stadium on Friday night with the visitors taking all three points thanks to a second half strike from Adam Phillips.

The visitors opened the scoring on 10 minutes as a cross was cleared to the edge of the box and Luca CONNELL lashed home a shot from the edge of the area, which flew into the bottom corner.

After a period of dominance from the Tykes, it was Posh who drew level on 20 minutes, Clarke-Harris picked out Poku down the right, he cut inside and delivered a fine cross for the onrushing Jack TAYLOR, who glanced a header past Collins and into the back of the net.

Clarke-Harris did well to clear off the line to deny Barnsley a second on 25 minutes with Aitchison’s effort heading for the back of the net. Cadden saw an effort pushed aside by Bergström as the Tykes countered at pace.

Mason-Clark headed into the side-netting from a deep Ward left-footed centre on 33 minutes as Posh made headway down the right hand side. Clarke-Harris toe-poked wide of the near post on 35 minutes after good work from Poku as Grant McCann’’s men again penned the visitors back.

Adam Phillips received the first caution of the game on 37 minutes for hacking down Mason-Clark as he tried to manoeuvre himself away from danger. Posh had a great chance to go in front in first half stoppage time from an in-swinging Ward corner kick but Taylor headed over.

Josh Benson replaced Tom Edwards for the visitors just before the hour mark as the defender limped out of the action following a collision of knees. The visitors nudged back in front moments later as Adam PHILLIPS lashed home from the edge of the box with the effort squirming into the net through the keeper.

McCann shuffled his pack with Ricky-Jade Jones, Jack Marriott and Harrison Burrows all introduced from the bench. Kane was cautioned for hacking down Poku as the game moved into the last 10 minutes.