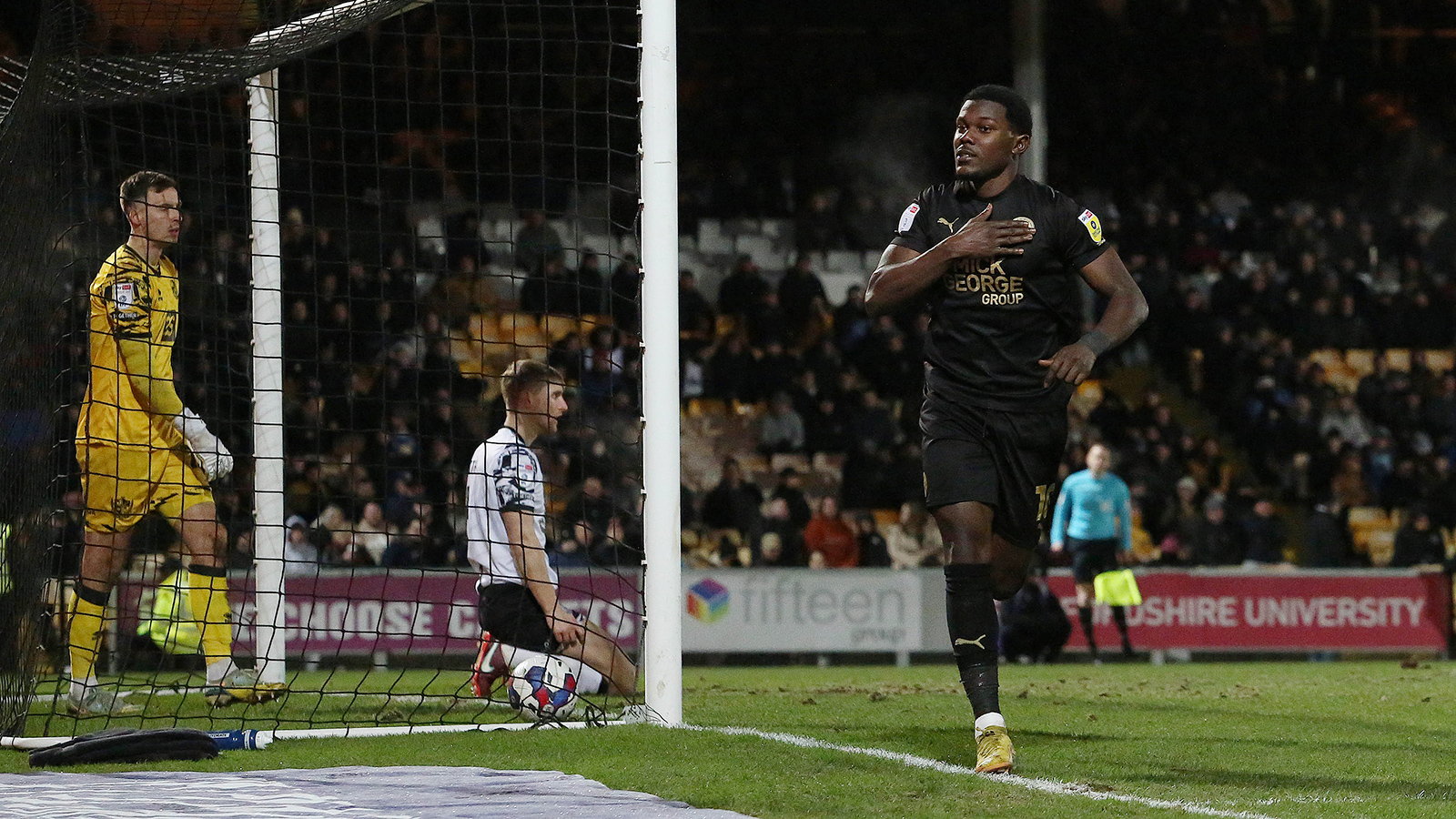 Ephron Mason-Clark bagged a brace as Darren Ferguson’s fourth spell in charge got off to a winning start.

Darren Ferguson’s return to Peterborough United began how none of the other spells have in the past – with three points. Ephron Mason-Clark, a player that the Posh boss is working with for the first time, netted a brace as Port Vale were beaten in front of the Sky TV cameras.

The home side came close to the breakthrough inside the opening eight minutes of the contest at Vale Park with goalkeeper Will Norris producing a fine reaction stop to deny Mal Benning from point-blank range.

Joe Ward saw a low cross gathered by goalkeeper Stevens on 22 minutes after the winger did well to link with Clarke-Harris. On the half hour mark, Posh carved out a really good opportunity with Mason-Clark capitalising on a weak header clear before racing into the box only to drag his shot inches past the post.

One minute of added time was indicated by the fourth official, but as the half time whistle was blown by referee Peter Wright, in truth, both sides were struggling on a heavy pitch, which was cutting up badly in many places.

The deadlock was broken on 55 minutes and it was a clever goal in it’s inception and it came after a sustained spell of pressure from the hosts, the ball made it’s way to Ward, his deep cross was nodded back across goal by Clarke-Harris and there was MASON-CLARK to stoop and head home.

Clarke-Harris nodded a header inches wide just before the hour mark from a deep Poku cross as Posh pressed for a second goal. Taylor lashed a left-foot shot well wide of the target moments later after a poor defensive header from Smith.

On 63 minutes, Posh doubled the lead and it was another beautiful assist from Joe Ward, this time his low centre was perfect for MASON-CLARK who was there to tap home at the near post.

Norris was well placed to keep out a low skidding effort from Jones on 65 minutes as Vale made two changes to try and get back into the game. Goalkeeper Stevens produced a fine stop to keep out Poku on 72 minutes after the former Colchester man drifted past two defenders before letting fly from the edge of the box.

Poku was cautioned for kicking the ball away on 76 minutes, the first booking administered by referee Peter Wright. Darren Ferguson made his first change with about 10 minutes to play as Harrison Burrows replaced Poku.