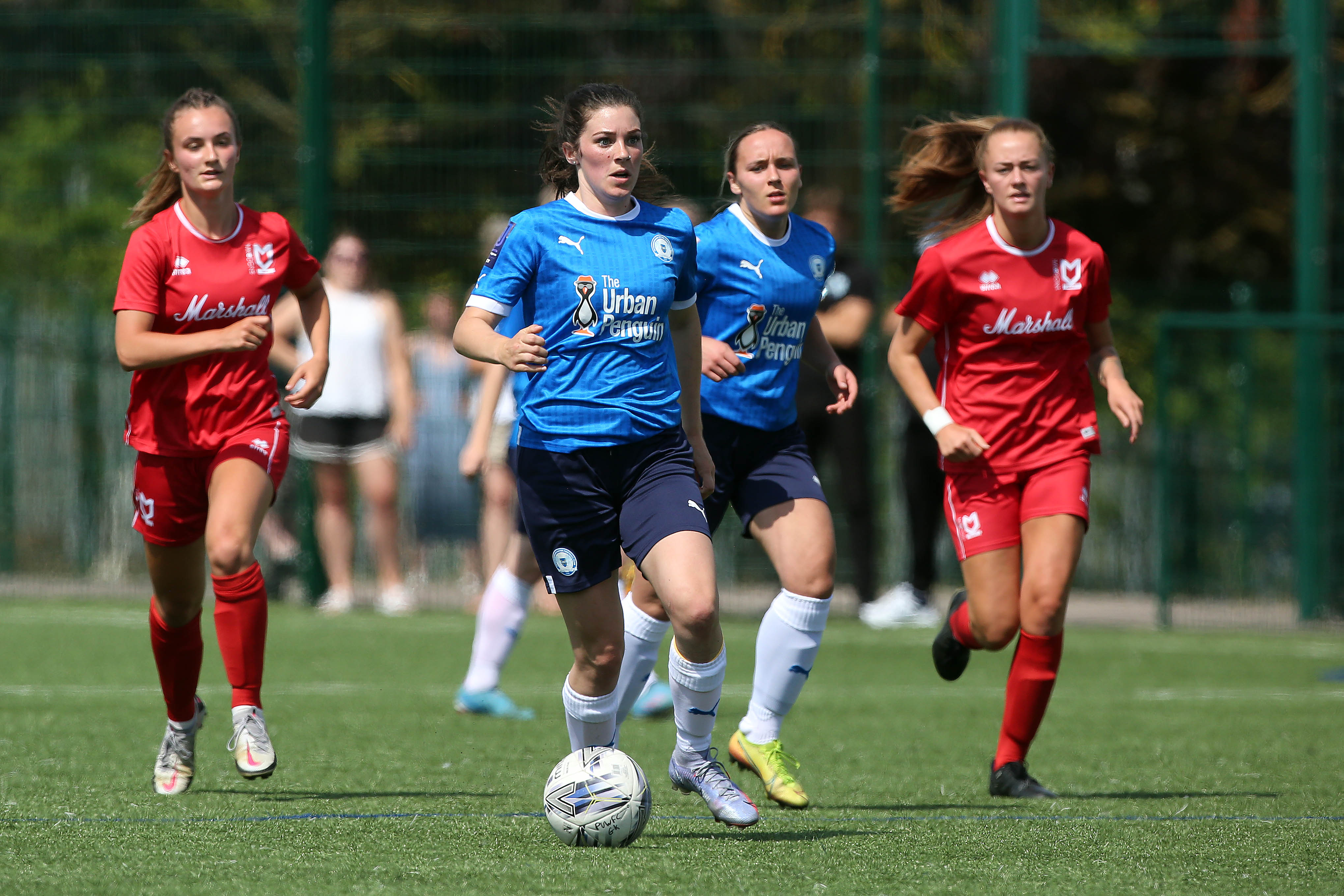 Posh Women fell to a 3-0 defeat against MK Dons in their first pre-season fixture at the idverde Training Ground.

Manager Dan Lawlor was without 12 first-team players, with a handful of players away or currently injured, and a selection of Development Squad players were utilised, but the team still provided a stern test for The Dons and were unlucky to fall behind in the first half.

Jess Evans, who played her first 90 minutes after signing for The Posh last month, had an opportunity within the opening five minutes as she rose highest to Kayleigh Aylmer’s corner, but couldn’t direct her header on target. The Dons’ keeper was in fine form throughout the 90 minutes and made an excellent diving save to keep out Jess Driscoll’s effort from inside the box.

The deadlock was broken just before the half-hour mark, arguably against the run of play, as a Trialist from MK Dons tapped home from close-range after a good initial save from Neive Corry. The visitors should have doubled their lead a few minutes later after a slick move on the right-hand side, but the final effort was fired over the bar.

MK Dons doubled their lead on 37 minutes as the Trialist’s effort was deflected past Corry and into the back of the net. It was nearly the perfect start to the second half for The Posh as Driscoll forced a defender into a small mistake, advanced into the box and was about to pull the trigger, but The Dons’ defence recovered well to stop the midfielder in her tracks.

Anderia Oliveria latched onto a long-ball over the top from Jess Evans and broke into the box, however, her effort was simple for the visitors' keeper, while Stacey McConville sent a long-range free-kick just over the bar.

The visitors added a third on 65 minutes as Coupar raced clear on-goal and calmly slotted past Corry. On 74 minutes, Posh were convinced they should have been awarded a penalty after Driscoll was pushed to the floor, but the referee waved away the appeals.

Keir Perkins saw a long-range shot fly over the bar after latching onto a loose pass from The Dons’ defence before Zaiga Lacite had a close-range effort saved by the feet of the keeper.