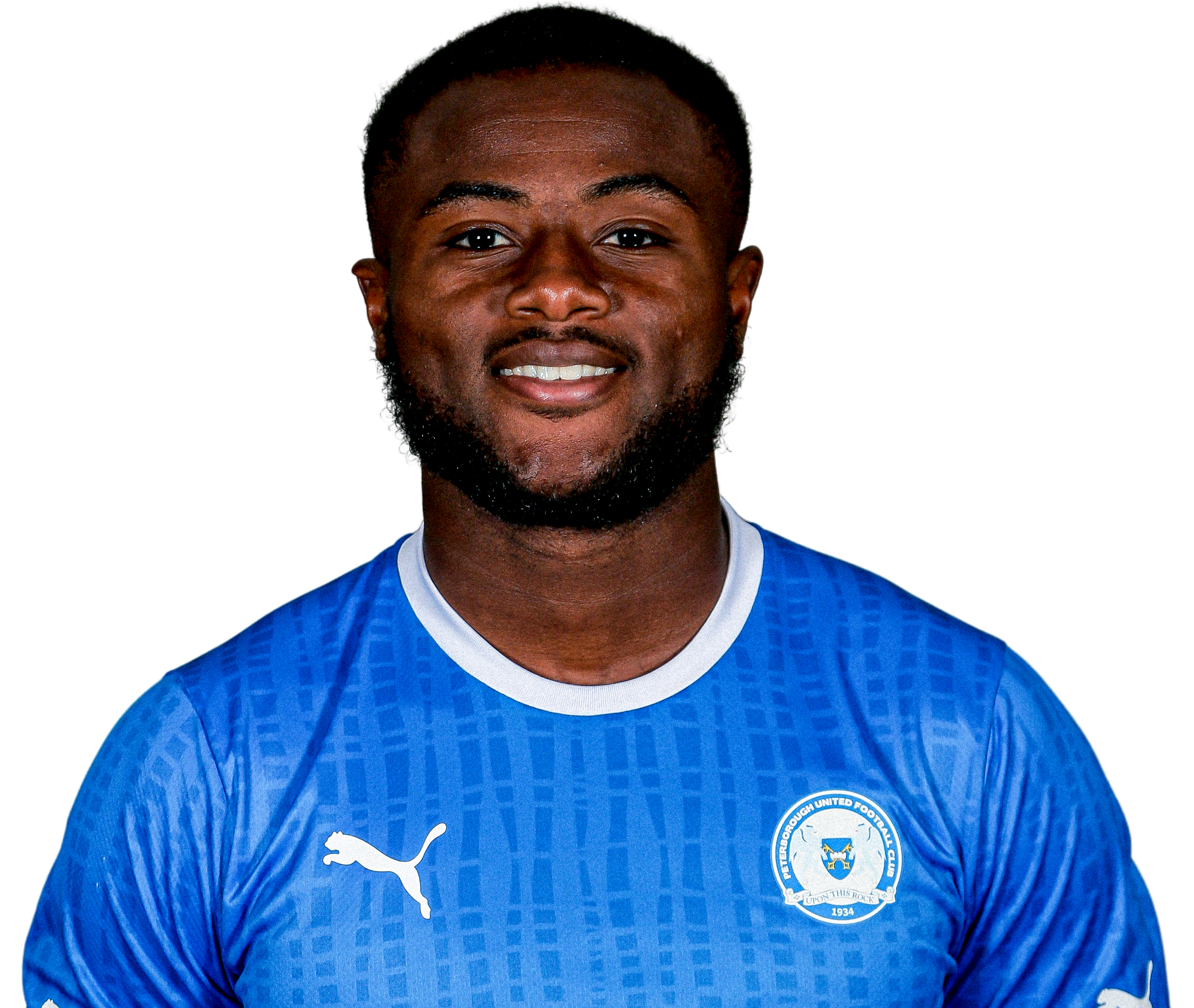 David Ajiboye joined Posh from Sutton United after making a big impression with the League Two outfit, helping them to promotion from the Vanarama National League. Hewas named in the National League Team of the Season for the 2020–21 season. A quick, direct winger, Ajiboye was a regular supporter of England Lionesses striker Alessio Russo during the European Championships in 2022, someone he has known for many years.