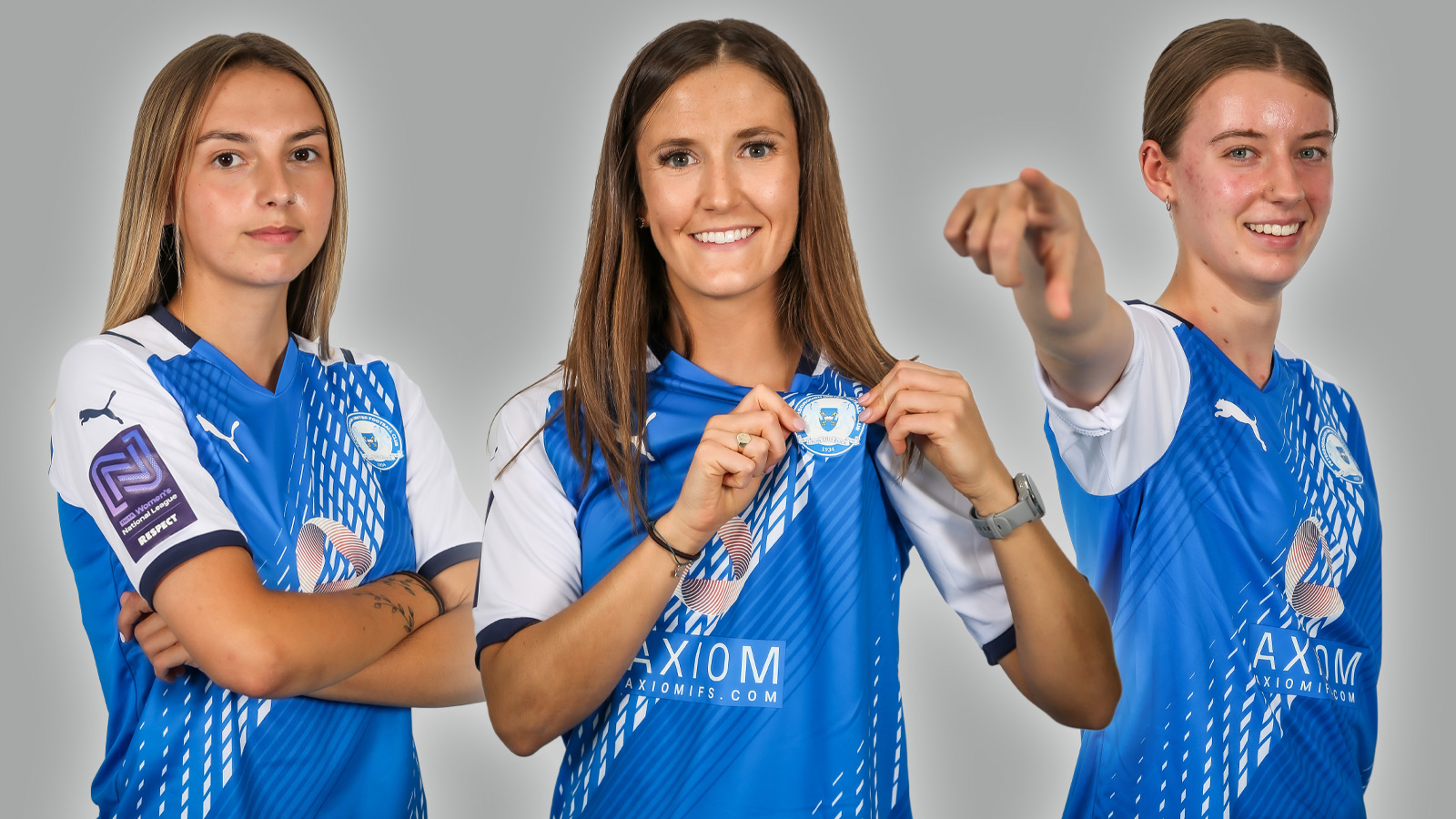 Hollie Lewis, Megan Breakwell and Hannah Hipwell look back at an eventful year for The Posh Women ahead of an important second part of the season.

The curtain has closed on another year for Peterborough United Women, and 2021 will be one long to last in the memory of everyone associated at the club after 12 months of frustration, disappointment, and jubilation.

From the frustration and disappointment of a second consecutive season being null & voided at the beginning of 2021 to rightfully securing their promotion to the FA Women’s National League Division One Midlands after two successful covid-fallen campaigns.

Or securing our first-ever victory at step-four level with a 5-1 victory over Bedworth United on the opening game of the season. Also, let’s not forget making history in the FA Cup after reaching the First Round Proper of the competition for the first-time in the club history.

We continue to look back at a whirlwind 12 months for the club as we spoke to Lewis, Hipwell and Breakwell and recall some of their favourite moments from the last year.

The defender recalls a difficult start to the 2021/22 season after suffering an injury on the opening day of the season against Bedworth United.

How would you reflect on the last year?

“Last year was an absolute rollercoaster for the whole team. From the disheartening and frustrating feeling after receiving the news of the league being null and void again, to the overwhelming, miraculous feeling of us finally being promoted. It was very difficult year, and emotions across the team were very high on the most part. After receiving the good news, the team spirit was very high and everyone had a huge desire to succeed, proving why we deserved the promotion. The start of the 2021/22 has also been a bit or a whirlwind. From a personal perspective, getting injured within the first game of the season was very demoralising and frustrating. As a team, after experiencing a few losses, maintaining the team spirit and confidence within the team was very challenging. Although, I think the last few performances were big stepping stones for us, setting our standards and showing ourselves and everyone else who we really are.”

“My favourite team moment would have to be beating Bedworth United 5-1 in the first game of the season. The whole team had worked so hard in training pre-season preparing for this game. We went into the game in the dark, being new to the league and having not come across these teams before so a lot of the players were quite anxious about the game and what to expect. This was my best team feeling of the year.

“My favourite personal moment would have to be my performance against Sporting Khalsa. After 12 weeks off due to injury, I found it very challenging getting back into games, both psychology and physically. I worked extremely hard throughout this game, focusing on the information received by the coaches prior to the game. We also won the game 3-1 after a run of losses, making the game even more special. After the game, I received a lot of positive feedback from players, coaches, and spectators. This built my confidence back up after my injury.”

How much are you looking forward to 2022 and the second half of the season?

“I’m extremely excited for the second half of the season to begin. After a much stronger finish to the first half of the season, I am very eager to get going again. The girls all know how important every single game is in depending on the outcome of the league this year, so I know we will be all be ready to put in 110% effort in during every training session and game. Also, after having a lot of injuries within the team towards the end of the year, it will definitely be exciting to see some faces back playing, expanding the depth of the squad.”

Any individual and team goals for 2022?

“As a team our goal in 2022 is to maintain our playing standards and work hard for each other. When we play our football, we know we can challenge any team in the league so hopefully in 2022 we can maintain and improve these standards and get some points on the table, keeping our place in this league.

“My personal goal in 2022 is to maintain a high work ethic in training each session, ensuring I’m performing consistently each week as well as I possibly can. I also want to work on psychological aspects of my game to aid my performance.”

The winger joined the club from Peterborough Northern Star in the summer.

How would you reflect on the last few months since joining Posh?

“Joining Posh was very unexpected for me, as I wasn't really sure on whether I was going to play this season. But when I got the offer, I couldn't turn it down. So yes, it's been a very exciting and enjoyable second half of the year for me and I feel like I have been forced to challenge myself more than ever.”

“Favourite team moment is definitely the win at Khalsa, we really ground out the win and showed the desire that has been needed. From a personal point of view, my hat-trick in the County Cup was a high point and obviously delighted to net my first goals for the club.”

Any individual and team goals for 2021?

“My personal goal is to just continue to challenge myself and play my best football and I think as a team we can now start to establish ourselves within the league and hold our own against some of the more challenging sides, as we've proved that we're good enough to do so.”

Long-serving midfielder Hannah Hipwell reflects on the first half of the campaign for the Women’s team.

How would you reflect on the last year?

“The last year has seen lots happen for us! We've definitely had ups and downs which were to be expected after finally gaining promotion and transitioning into a new league and a new level. I think we've learnt a lot and seen how we need to adapt our football at National League.”

“Getting promotion into the National League was definitely a team highlight of 2021 - we worked so hard for it and after a few set-backs due to covid we were able to progress up a League. This would also be a personal highlight for me as I've never played to this level before and I've enjoyed the challenge so far.”

How much are you looking forward to 2022 and the second half of the season?

“I'm definitely ready and looking forward to getting stuck into 2022. We've got a lot more home games which will be good and hopefully bring us an advantage, with the aim of getting as many points on the table as we can! We've also recently had some new signings so it will be good to see how they can help us as they definitely bring some great quality and more depth.”

Any individual and team goals for 2022?

“Individually I want to try and be a bit more consistent with my performances and focus on being a bit stronger defensively and attacking it would be nice to bag a goal or two! The biggest team goal I think has to be to stay in this league ready for next season and to get a few wins under our belts.”