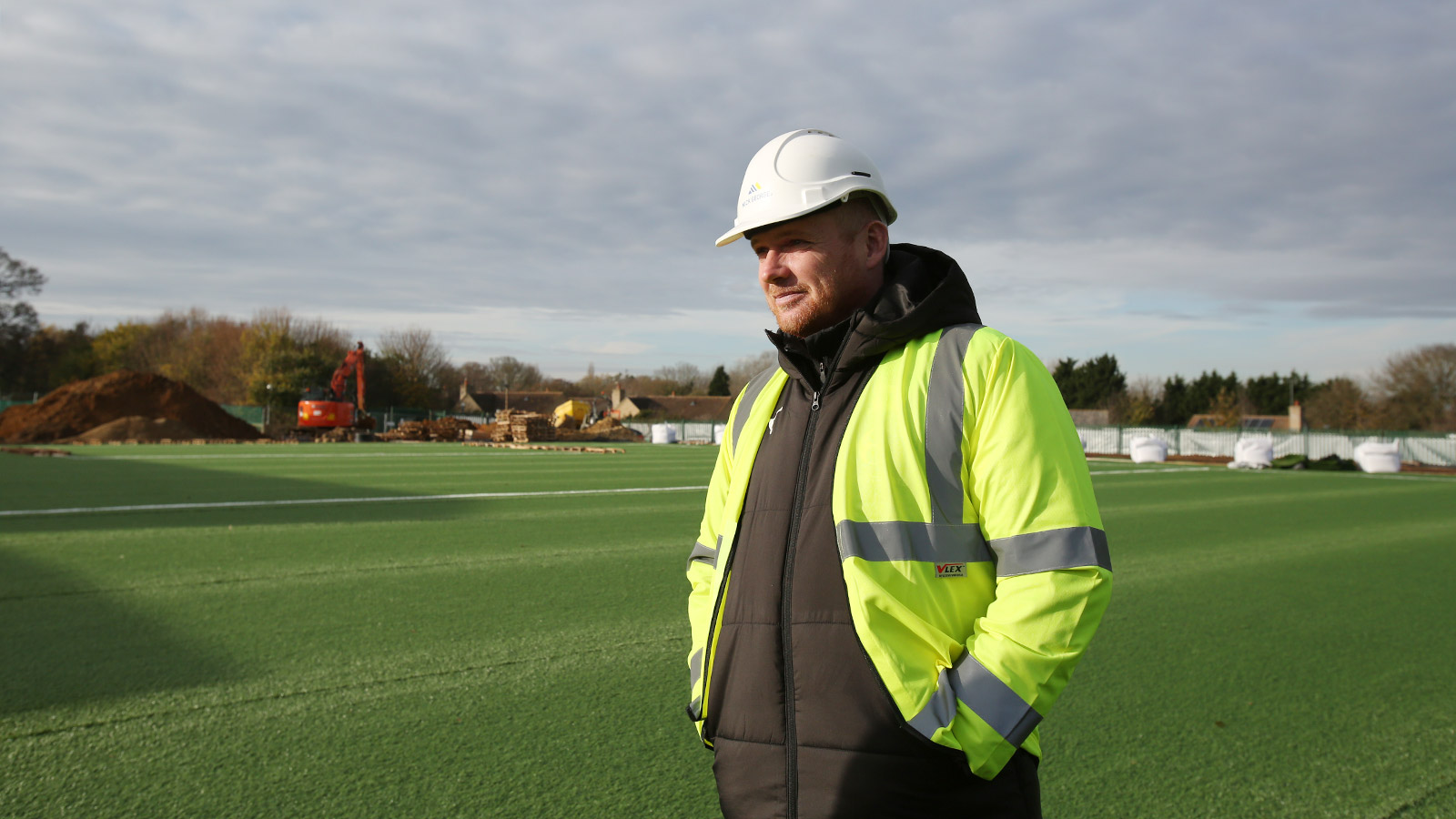 Part of the remit for the club’s successful application for Category Two status for the Peterborough United Academy, was the construction of an indoor dome at the club’s idverde Training Ground and progress continues to be made on this project with the 3G surface now completed.

The dome is expected to be finalised ahead of Christmas with the plan to open the new facility at the beginning of 2022, providing an indoor space for the younger age groups within the Academy structure, as well as community usage further down the line.

Scarff said: “We got planning permission at the back end of June and work has been carried out on the site for a number of months now. Mick George have been on site since then, they have run the project in terms of the ground works and they have done a great job and we are now in a position where the 3G pitch is down and that is a landmark moment.

“The company that are installing the dome are on site this week and we expect within the next three weeks for the dome to be up and to be in use. The regulations state the minimum size of the pitch is 60x40 and that is what we have. That is the space we had available. It will enable us to play games at under 9s, 10s, 11s, but also hosting seven-a-side tournaments for the older age groups within the Academy.

“For us, it will provide another training area free from the elements, but beyond that, it is for the wider community and the excellent work that the Foundation undertake. The benefit for the students at Nene Park Academy will be huge and it will be heavily used moving forward.

“We wouldn’t be on this site without the school and there have been some key people who have been unbelievable along the way including Mark Woods. Their support has been invaluable, and we will be forever grateful. It benefits both parties massively. I want to thank everyone at idverde too, they have been wonderful throughout. A lot of effort has gone into this project and it is an exciting time,” Scarff said.