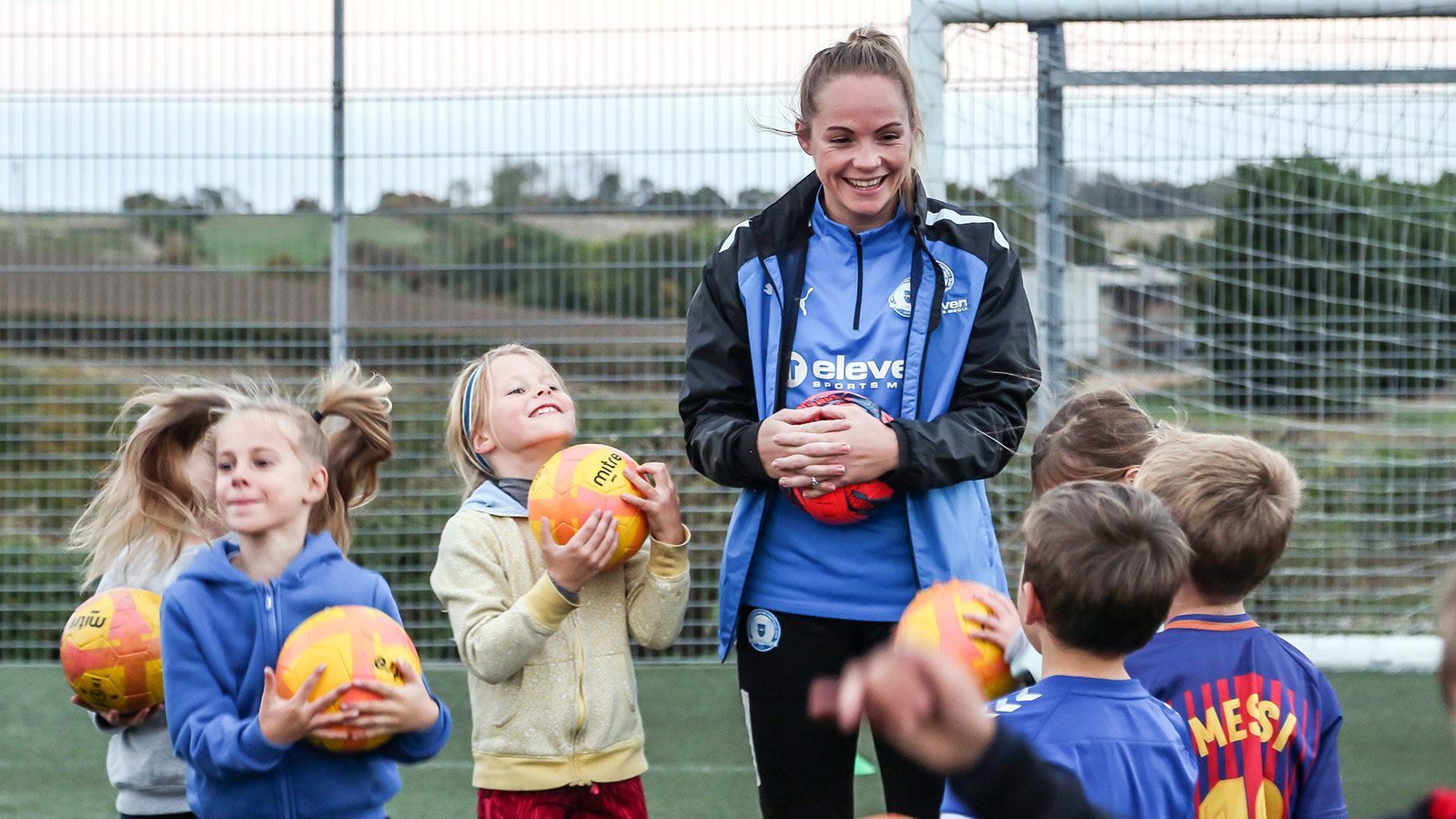 The midfielder was on hand to pose for photos, answer questions and participated in the training session based at KC Active, Kings Cliffe, where she has played football herself for the last couple of years.

Joint manager, Colin Sheriff, said: “It was fantastic to have Jess here and you could see it in the excitement from all the kids when she was talking. The girls were really connected to her, it was great to have her talking about her experiences and was beneficial for all the players here. The number of girls we have seen this year compared to the last few years, across all age groups, has increased and 40-50% of teams are made up of girls, which is fantastic to see.”

Evans said: “I’ve lived Kings Cliffe for nearly 7 years and have played football with the vet's men's team for 3/4 years. This is where I first met Doug and Colin (coaches). They taught me all I need to know about defending and putting in strong tackles, which has got me ready for the physicality of the FA Women’s National League.

“There has been a real push in the village to get the junior teams up and running, so it’s great to see girls coming through the teams, especially at such a young age. Several of the girls involved in the session asked if I would be back and I certainly will. It was a great experience to see the girls so excited to be playing football."