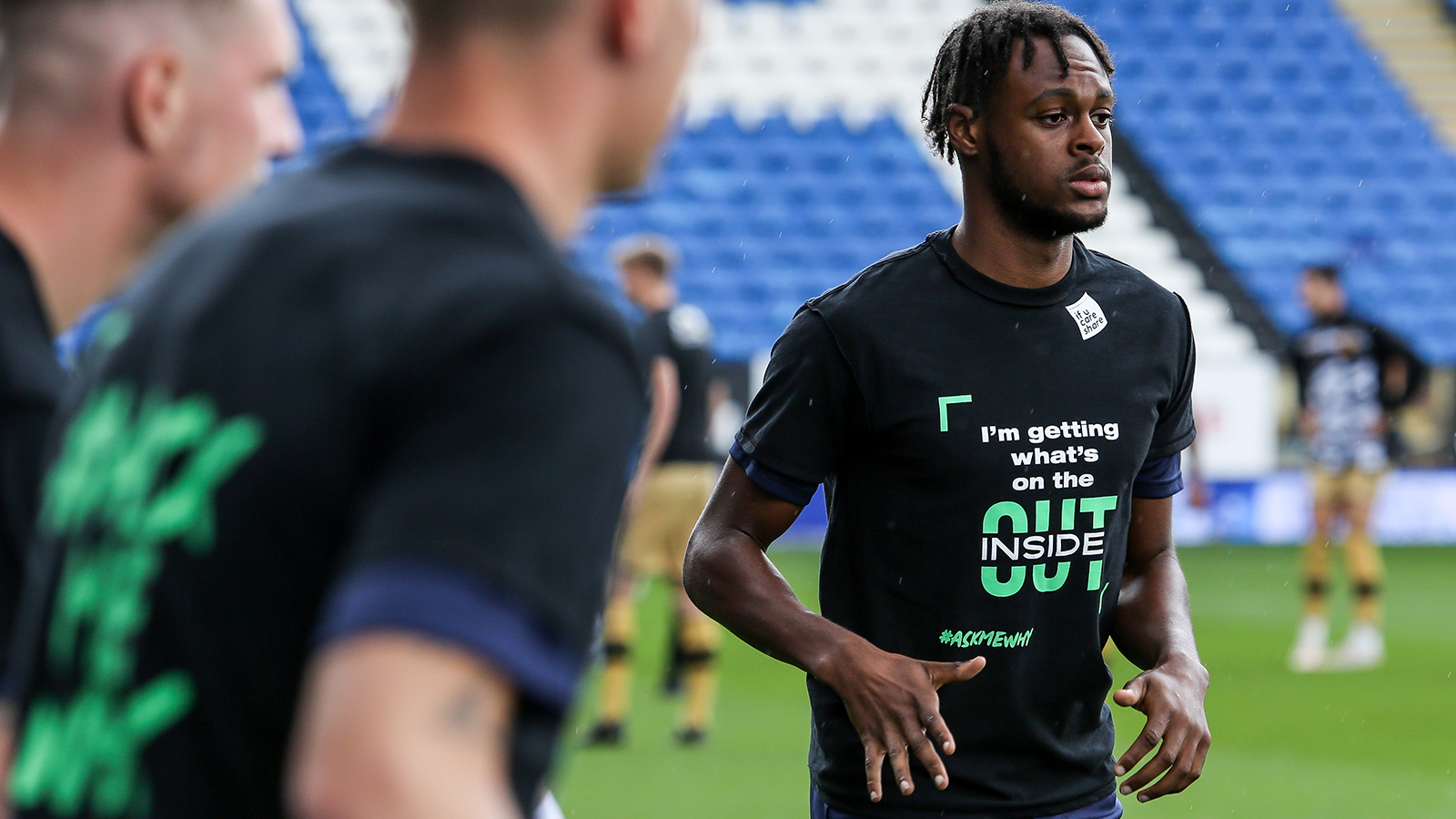 Posh took part in mental health charity If U Care Share’s annual mental health awareness campaign and wore t-shirts ’Inside Out’ during the warm-up of the 3-0 win over Port Vale.

The Inside Out campaign coincided with World Suicide Prevention Day on Saturday September 10, and encourages people to wear their clothes inside out - as a symbol to get their feelings out in the open and start conversations to save lives.

Suicide is the biggest killer of young men across the North of England and Scotland and If U Care Share have been providing vital support and services throughout the region for more than a decade.

The charity, based in Chester-le-Street, have been delivering mental health and suicide prevention workshops with their partners the Premier League, EFL and WSL clubs - since their first session at Sunderland Football Club academy in 2011. It also provides practical and emotional support to those affected by suicide as well as individual support to those deemed to be directly at risk.

This weekend clubs throughout the country have been asked to wear the If U Care Share Inside Out t-shirts.

The campaign comes as the charity’s founder Matthew Smith completes an 11-day, 289 mile run from the charity’s offices in County Durham to Downing Street.

Matthew said: “We’re absolutely delighted that Leeds and clubs throughout the country are supporting the Inside Out campaign this year and help us deliver such an important message. Thank you to both clubs and their sponsors for their support.

“Football is a powerful tool to get messages out to people and if even one more person sees our message and accesses the help that they need it is worth it.

“The If U Care Share Foundation was set up to support those bereaved by or at risk of suicide and preventing any family from experiencing what we felt when we lost my brother, Daniel.

“The Inside Out campaign is now in its seventh year and this year it is more important than ever to raise awareness of the support that is available, both for individuals and families.

“We have seen an increase of 300 per cent in the need for our services since the outbreak of COVID-19 in early 2020 and as a charity we are here to support communities, save lives and prevent suicide and we want as people across the UK as possible to take up the challenge and go inside out this year with us.

“Feeling helpless, worthless or hopeless are common feelings associated with feeling suicidal and often those thoughts can be overwhelming and prevent you from feeling anything else.

“With pressures like the cost of living crisis impacting individuals and families, it is more important than ever to encourage people close to us to talk about their feelings and access the support that is available. As well as longer-term emotional support we have a 24/7 text service which is there for people who need to talk.”