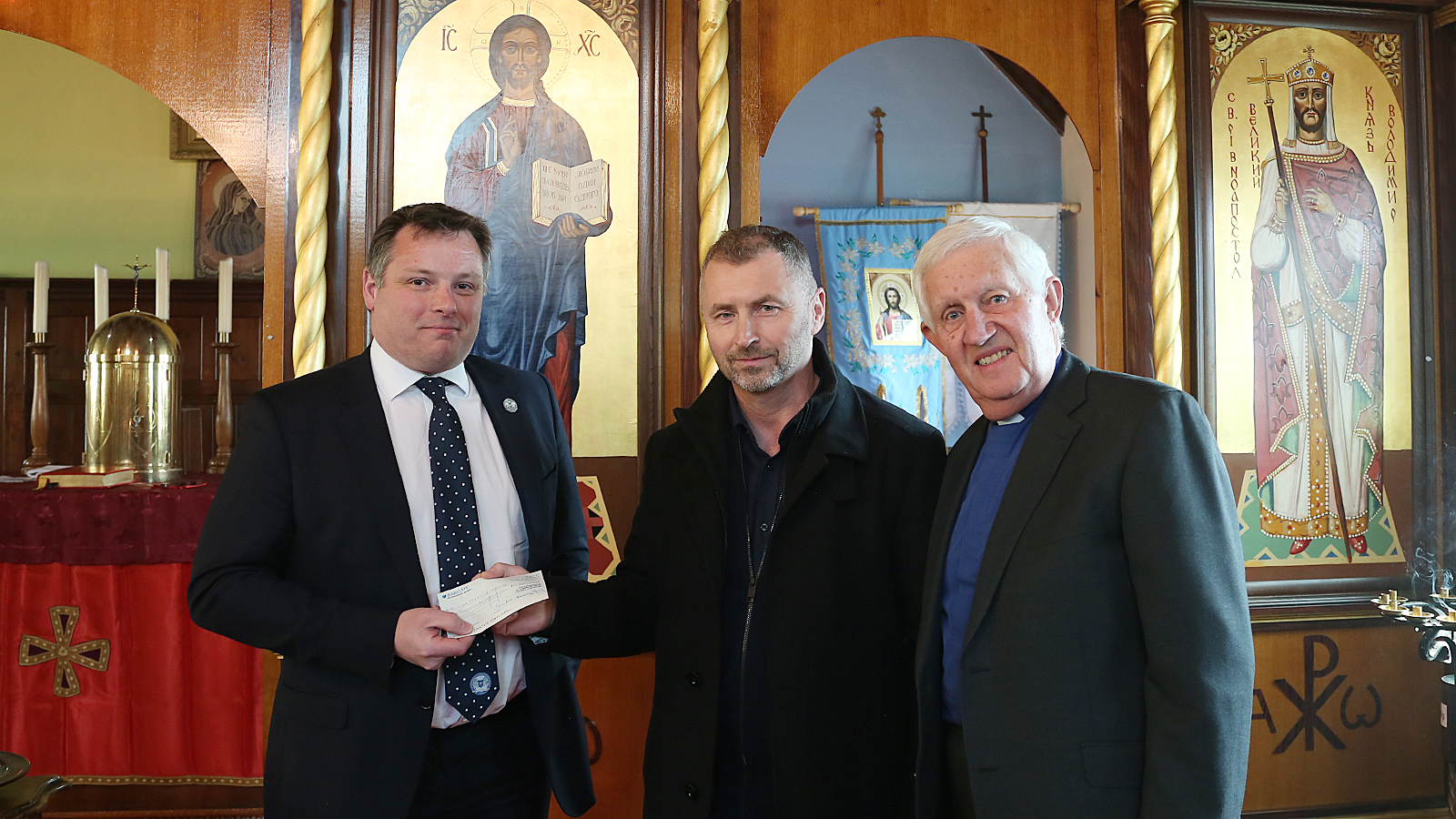 The club handed a cheque for £5,000 to the Ukrainian Church on Sunday with funds raised through a special auction.

A host of match-worn shirts from that day, including Ricky-Jade Jones, Frankie Kent and Josh Knight, were put up for a seven-day eBay auction following the 2-0 defeat at the Weston Homes Stadium with each shirt averaging over £300 each.

The money will aid the church’s relief efforts for the people of Ukraine following the devastating invasion from Russia and is another amazing effort from the city to support those impacted. Ahead of the fixture, the football club sourced a Ukrainian flag from the church and would like to thank them for their help and support.

Chief Executive David Paton said: “It was wonderful to spend time at the church on Sunday. They have done enormous work for the local community and Ukraine and it is hugely impressive given the size of the Church. It was incredible to hear that the church and the people of the city have been generous enough to fill 11 lorries with aid, which is now in or on its way to the Ukrainian border.

“I want to take this opportunity to thank everyone who bid on the auction, whether they were successful or not, that money is so important to the relief effort. We are planning a number of events for those that have fled Ukraine and relocated to Peterborough with more details to be announced soon.”

You can find out more about the church and their efforts on Facebook by searching St Olga, Ukrainian Church.