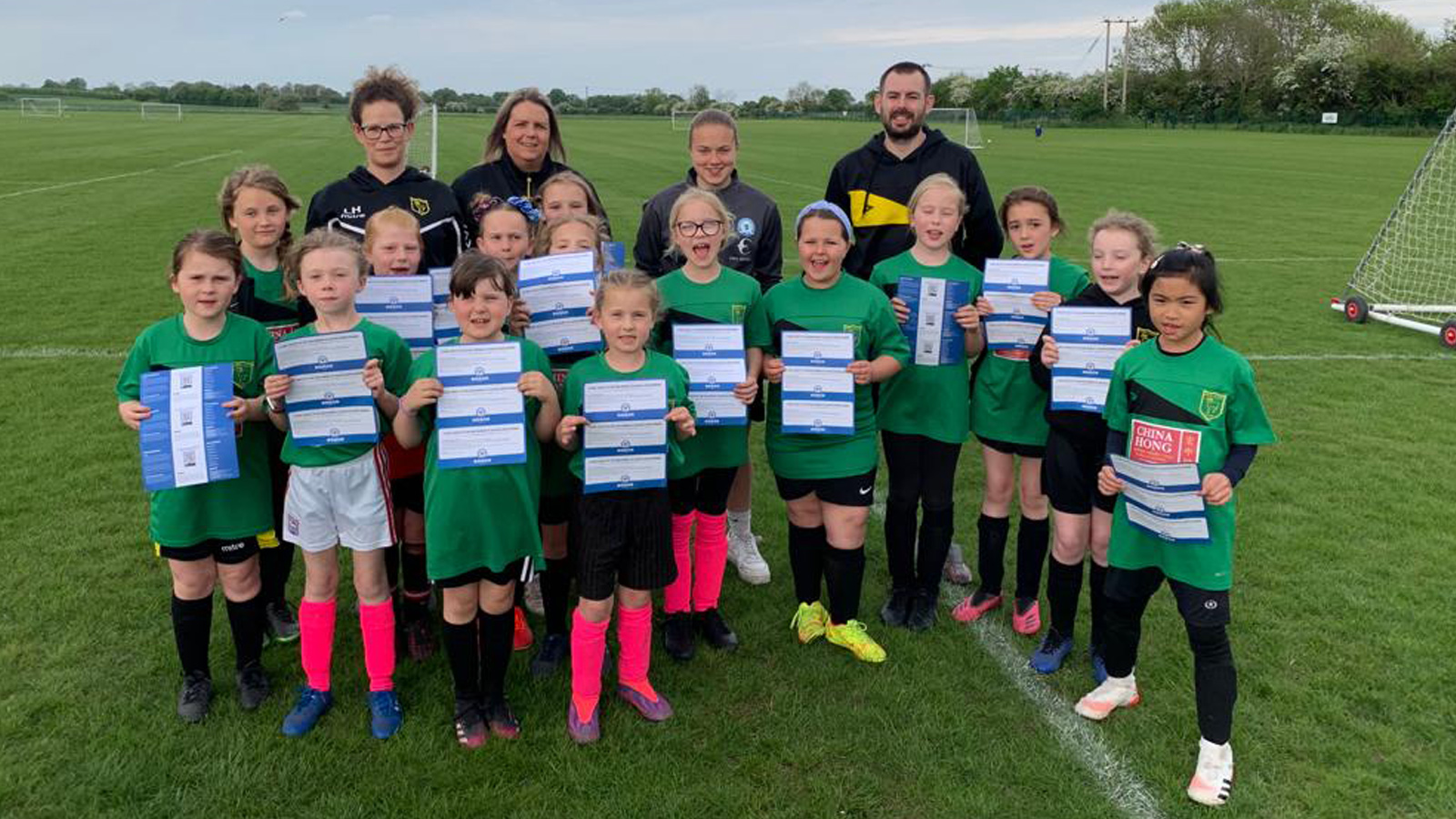 Copson was on hand to provide the budding female footballers with tickets to the Posh Women game at the Weston Homes Stadium on Friday 20th May against Hashtag United, posed for photos and watched the session, where she awarded the team with the player of the training session.

Copping also provided Ramsey Colts FC with a signed Posh Women home shirt from all the players and oversaw the session, giving encouragement to the next generation of female footballers from the sidelines.

Copping said: “I was extremely impressed with Ramsey’s set up and it was great to see the next generation of female footballers. I hope that the visits we are conducting really do inspire these girls to achieve their dreams of becoming footballers.“

Posh Women first team players are spending the next two weeks travelling to local junior girls football teams in and around Peterborough, helping to inspire the next generation and promote their game against Hashtag United in the HerGameToo Cup at the Weston Homes Stadium later this month.