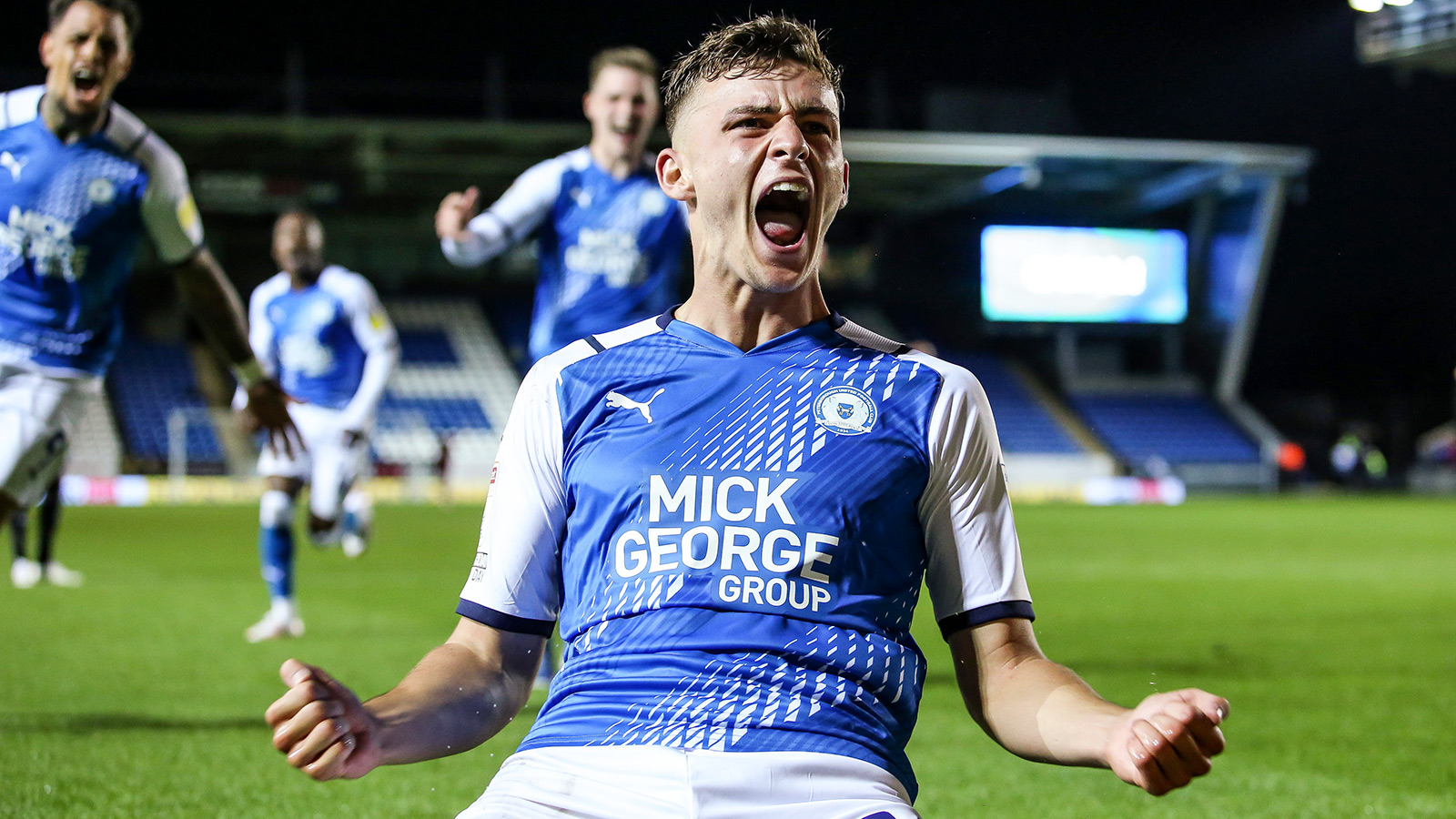 All Academies from Categories One to Three have been ranked according to the number of their England-eligible players who made at least one league appearance in 2020/21 and produced in the Training Ground Guru’s Academy Productivity Rankings and whilst Manchester United top the latest edition for the third year running, the biggest climbers in the chart, is Peterborough United.

In fact, Posh jumped 21 places in the chart, a demonstration of the club’s commitment to producing players from the co-owners through the Academy manager to the coaches that work within it. Not to mention of course, the buy in and driving force that Darren Ferguson provides for this particular area of the football club.

Academy Manager Kieran Scarff was understandably proud of the latest figures and said: “The Training Ground Guru website have put an incredibly amount of work into this, it gives a very good indication of the progress of an academy when it comes down to productivity. Productivity is just one measure of how successful you are within an Academy, it is not the only measure by a long way and our mission statement at Peterborough United is about creating young people as well as young footballers of value both in football and away from football.

“There is a lot of excellent work that goes on within the game, not just at our football club, about developing young people. Productivity is part of that mission statement and that is set by our owners and by the technical board and for them to see we have jumped 21 places in this list, a bigger leap than any other club in the last four years, will give them a lot of pride and the staff that have been involved over that period of time should be proud too.

“There is a clear pathway at the club, we have spoken about this before, but it is also the alignment from top to bottom. If you haven’t got that alignment and total buy in from everybody then it will cause you a real problem. Barriers can be put up and for whatever reason that can happen, but we are fortunate here that we have a real alignment and it is driven through the owners and their expectations, it is driven by a manager who not only buys it, he drives it himself and it cascades through myself and the staff within the Academy.

“It is a massive motivator knowing that if we can produce the right players and the right characters, they will play at this football club and apart from one or two short spells over the last four years, that has been the case. We are not resting on our laurels. Simon Austin at the Training Ground Guru, I spoke to a few days ago and they have put a lot of work into this and rightfully, a lot of clubs have highlighted the good work that goes on within their Academy, as we are now, and a big thank you to them.

“This is about producing players that can play for England, other clubs will say the same here, but what the list doesn’t include is players who can represent other countries, so for example it doesn’t include Leo Da Silva Lopes and that would have pushed us up the list even further, and there are other examples too.

“We have to keep going now. We have to keep driving and pushing ourselves and making sure the alignment we have got is improved and maintained even further. When the Academy process was revamped and the introduction of EPPP was done, the aim was always to produce more players for the national set-up to have to choose from.

“Any new programme of work will have teething problems, but it has driven up standards, there is no doubt about that, you are seeing that in the wider game. A lot o Premier League clubs are producing players for themselves and the wider game and that is an important part of this. It is really important. We are proud of what we have achieved so far at Peterborough United.”

You can find out more about the productivity rankings here.