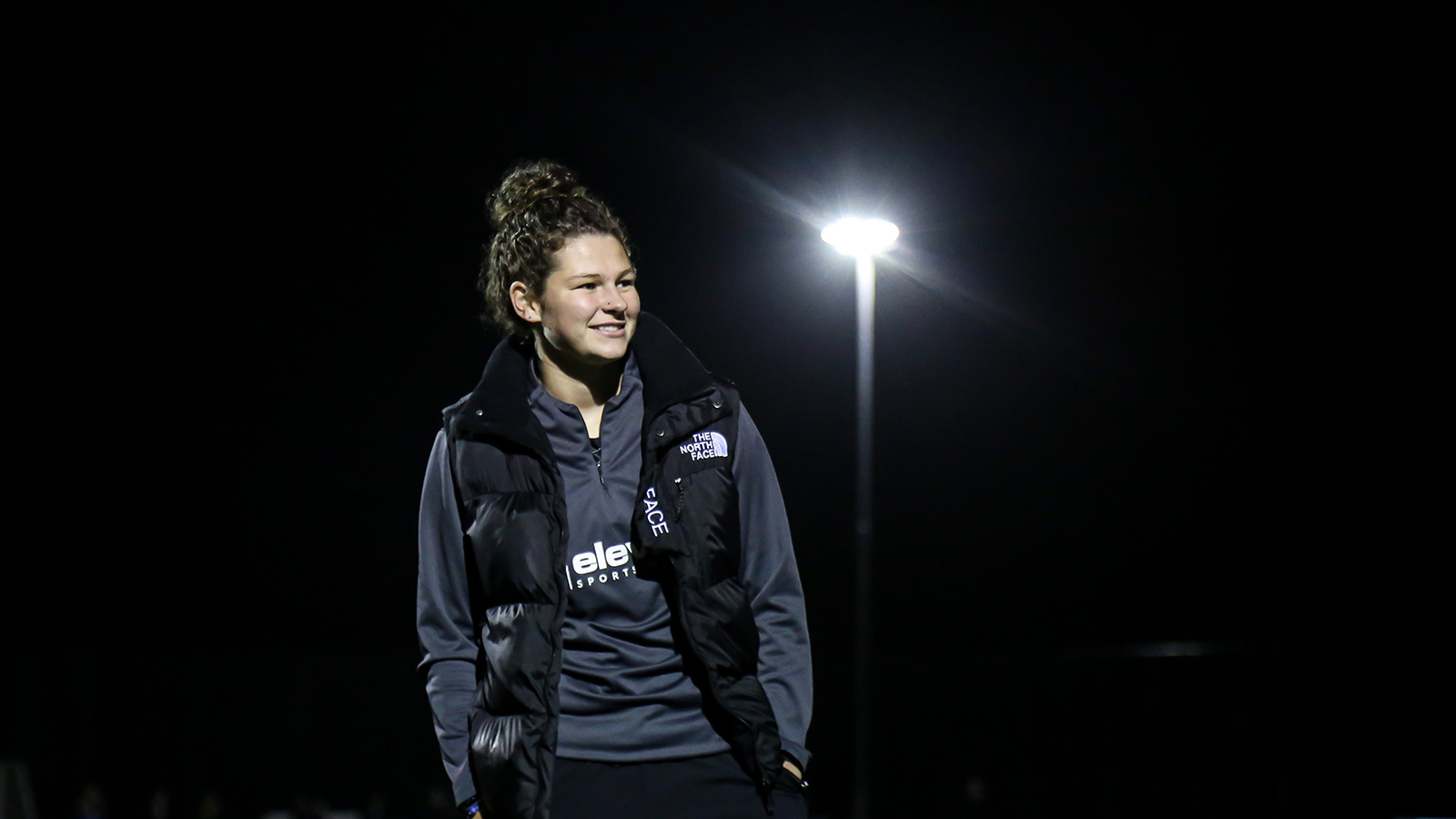 Marson Bowled Over By Opportunity At Posh Women

While football is adored by every single player in The Posh Women, that doesn’t mean players can’t go and indulge themselves in the other world of sports, and that’s exactly what midfielder Ellen Marson has done from a young age.

Marson, who joined Peterborough United from Corby Town Ladies in the summer, has spent the majority of her life balancing the world of two sports. Football is obviously one of them, but the midfielder has seen cricket a major part of her life since the age of eight, and continues to play alongside her time at The Posh.

“There was a local cricket club in my area and just started playing with some friends from school, then it took off from there. My mom used to run the cricket club, and I just kind of had a love for the sport from there.

“It was more the social aspect for me, just having fun. I kind of like when you're in the field throwing yourself around chasing after balls and being able to hit the ball hard and see it go far was really satisfying to me. I just love every element of that.”

Marson currently competes at county level for Leicestershire and club level for Market Overton, and while the cricket season has come to a halt over the winter break, that still doesn’t mean the 19-year-old has time to focus on football. She continues to train once a week in cricket, while having the two sessions per week with The Posh Women with a matchday on a Sunday. The midfielder admits that it can be difficult to balance the two sports together, especially in the summer, but her love for both outweighs the physical demand.

“In terms of balancing cricket with football, it has been difficult. Cricket summer training often starts in the middle of football pre-season, so then it comes down to priorities. At the moment, I am training once a week for cricket which doesn’t clash with football training, so it makes it work.

“There have been times where I have had to make decisions on which one I think is best for me, and at the end of the day, it's my decision. I chose football in times where I didn't feel cricket was going right, and then cricket in times where I thought football wasn't going right. The balance has been hard for me, especially in the summer, for preseason training. However, I love both sports, so I wouldn’t have it any other way.”

The former Corby Town player was one of the five additions to former manager Chloe Brown’s side in the summer, and began her life at The Posh Women in fantastic fashion, scoring on her debut in the opening day victory against Bedworth United back in August. The midfielder has since added another goal to her tally in the FA Cup Third Qualifying Round and has featured in 11 games so far this season.

Marson has certainly had to adjust to life in the opening months of her career at Posh, from playing tier-six level with Corby Town Ladies last season to making the considerable leap to tier-four level for the first-time in her career, and admits she has known the difference of quality between the two leagues.

“It has been a massive step up from playing tier-six to then playing tier-four. So, it's been a lot of getting used to the intensity and the physicality of how we play initially, but the girls have really helped me settle in. The coaching staff have been good with giving me feedback and helping me develop, but I'm just taking each game as it comes.”