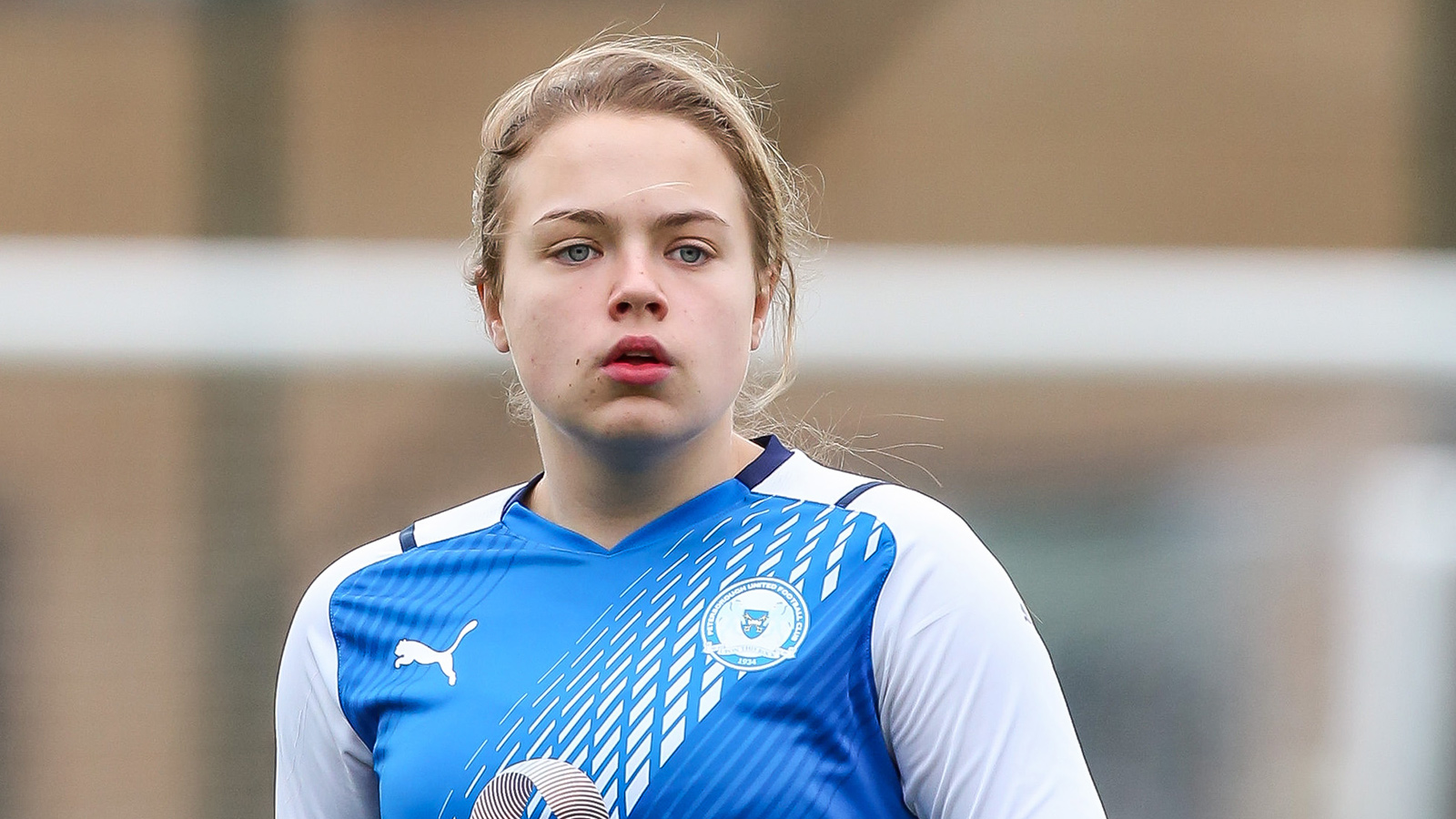 Getting To Know: Elloise Copson

Defender Elloise Copson is the next player to take on our ‘Get To Know feature’ as she answers some quickfire questions when she sat down with Paolo Iantosca earlier this week.

Copson was promoted to the first team at the beginning of the season after impressing at the foundation set-up and has since gone on to make 22 appearances across the campaign, becoming a vital part of the back line.

How long have you been playing football for?

Elloise: “Around 11 years. My dad had a football team and I just joined in with them.”

What do you remember from making your Posh debut?

Elloise: “I was quite scared in all honesty. I remember I was being told that I would be in the starting eleven for my very first game at senior level, so I was scared but it was a great experience.”

What has been your favourite moment in football?

Elloise: “I would have to go with making my debut for Posh Women first-team because it has started everything to where I am now.”

How would you describe your playing style?

Elloise: “I’m a defender that’s very composed on the ball, always trying to play out from the back and definitely not scared to put a challenge in either. The past couple weeks, I have adapted my playing style to always look forward when in possession instead of playing the safe option.”

Biggest influence on your career?

Elloise: “It has to be my parents, my dad obviously got me into football and my mum has driven me everywhere, to all my games or training sessions.”

Elloise: “Bobby Moore. A strange one I know, but I think he was just such a good player, on and off the ball, especially at defending. When I was younger, I use to watch his highlights on YouTube to help me develop my game further, and to be honest, I still do watch clips of him now and again.”

If you could play with one player in the world, who would it be?

Elloise: “I will have to go with the same answer as above, Bobby Moore.”

Elloise: “Chicken Kievs. Before a game, I usually opt for the traditional pasta though.

Elloise: “I don’t really watch many TV shows to be honest, usually playing football in my spare time. For movies, I would have to go for Lara Croft: Tomb Raider. Don’t know why but I just think it’s so good.”

Go to song before a match?

Elloise: “I listen to anything that pops onto my playlist, don’t really have a set song I listen to. The playlist in the changing room is good and gets you in the mood for the match.”

Who would you most like to meet in the world?

Elloise: “I would have to go with the actress that plays Lara Croft in the movie, Angelina Jolie.”

If you could invite three guests for dinner, who would you pick?

Elloise: “You have probably guessed the first two, Angelina Jolie and Bobby Moore. Then, I would have to say Lionel Messi just because of how much he has won in football, most likely has a few stories to tell.”

If you couldn’t play football, what other sport would you play?

Elloise: “I would love to get into boxing. A good way to let out anger plus it’s really good exercise."