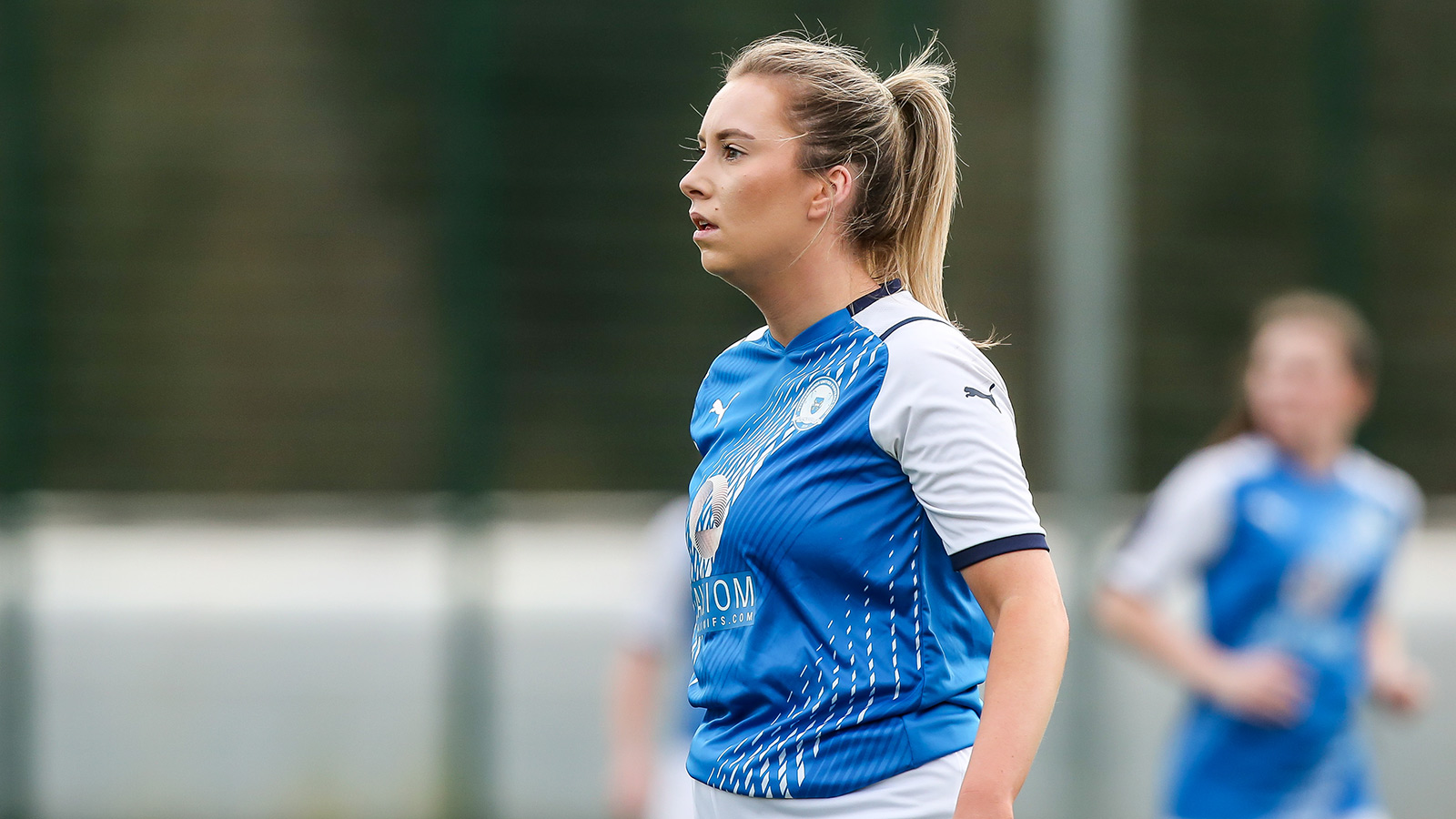 “Get To Know” with Megan Parrett

Midfielder Megan Parrett is the first player to take on our ‘Get To Know feature’, originally from our twitter account @ThePoshWomen, as she answers quickfire questions when she sat down with Paolo Iantosca earlier this week.

Parrett joined the Posh at the beginning of the 2018/19 season and has since made 70 appearances in that time, netting 29 goals, but instead, she talked us why she would have David Attenborough at a dinner table alongside Jurgen Klopp and Adele.

How long have you been playing football for?

Megan: “Since I was around four or five years old, so around 20 years now.”

What do you remember from making your Posh debut?

Megan: “I can’t remember who the team we were against, but it was a pre-season friendly and was also Stacey and Hannah first game as well. I remember scoring two and being proper buzzing after the game.”

What has been your favourite moment in football?

Megan: “I would have to say probably winning a European Centre of Excellence tournament in Holland, which was pretty cool.”

How would you describe your playing style?

Megan: “I would say I’m quite quick, enjoy beating players and getting shots on target quickly. Also, I’m not afraid to try and whip a ball in or a diagonal ball across the pitch.”

Who has been the biggest influence on your career?

Megan: “I would say the biggest influencers of my career are my parents. They committed to taking me everywhere from a really young age, sometimes I was training twice a week and then going anywhere in the country to play football and they supported me through throughout.”

Who is your footballing idol?

Megan: “Steven Gerrard, also probably Mo Salah as he is a sort of player similar to where I play and he likes to cut, which I do quite a lot on my right-foot.”

If you could play with one player in the world, who would it be?

Megan: “I would have to pick Steven Gerrard again for that one.”

What do you do outside of football?

Megan: “Obviously I usually work, but football is my life. So, if not playing or training then I’m watching it in-person or on the TV.”

Megan: “It would have to be Pizza or Pasta I would say. Before a match, I would usually do a smoothie bowl, so like raspberries, banana, pineapple mixed up with water and that was really nice.”

Megan: “Line of Duty, which has obviously ended now, or the Rookie on Sky is also really good.”

Go to song before a match?

Megan: “I like ‘Don’t you know pump it up’ or Boasty, something upbeat that can get me in the mood for the game.”

Megan: “It’s not really one that has been around for ages, but this season because I cut holes in my socks now, I always do the warm-up without my shinpads and put them on just we head out for kick-off.”

Favourite moment outside of football?

Megan: “I would have to say getting engaged.”

Who would you most like to meet in the world?

Megan: “Adele. She’s an amazing singer but she also seems so down to earth, bubbly and I would love to just have a conversation with her, also sing a few tunes together.”

If you could invite three people for dinner, who would it be?

Megan: “This might be quite generic but David Attenborough, I would love to have a chat with him about the current situation of the planet. Then, I would probably have to say Jurgen Klopp and also Adele again.”