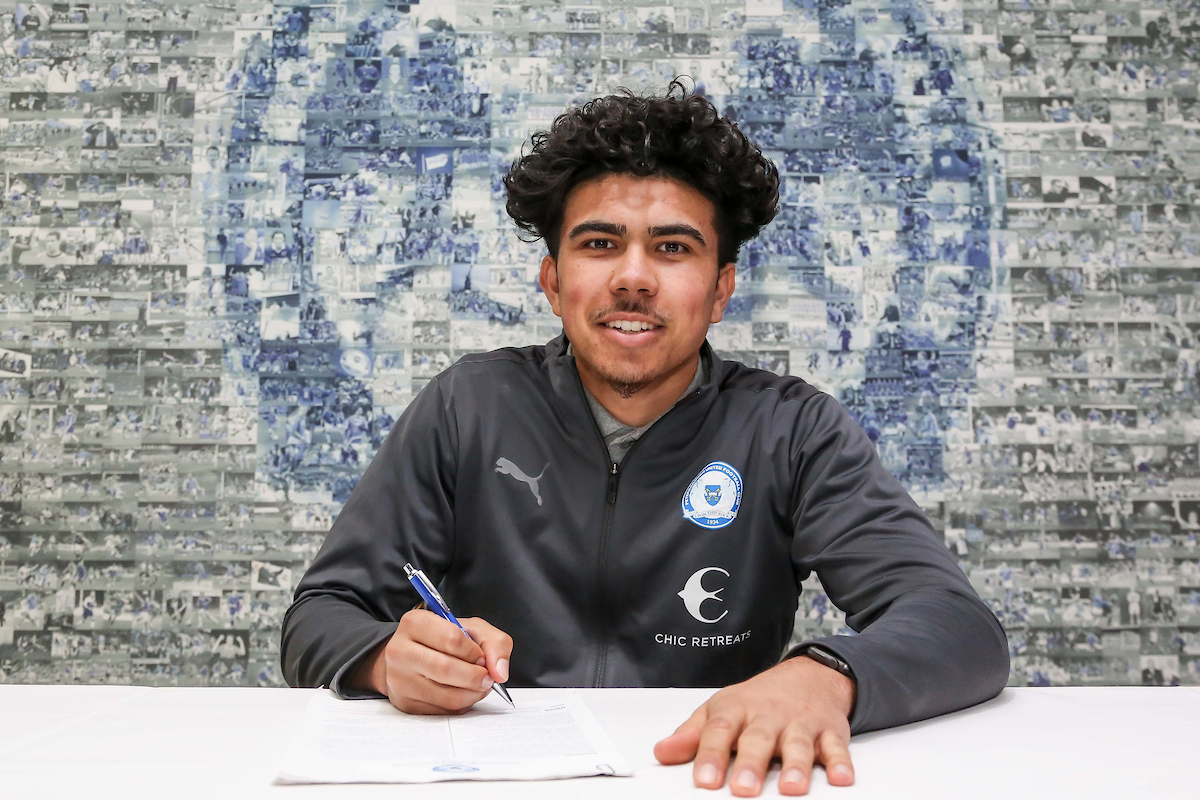 Young midfielder Hisham Chiha has put pen to paper on a one-year professional development contract and the former West Bromwich Albion Academy graduate is expected to be part of Matthew Etherington’s under 23 squad during the 2022-2023 campaign.

Chiha, who has been unfortunate with injuries this term, has shown incredible resilience in the face of adversity and Academy Manager Kieran Scarff believes that determination is an important trait to have.

“Hisham got a really bad injury towards the end of the first year as a scholar and it was months of recovery and he was incredibly diligent with his rehab, he was very disciplined and it can get very frustrating for players. If you are not careful they can feel isolated from the group and it can be tedious, but he just got on with it, he has a fantastic attitude and a great family around him.

“He completed the rehab, we got him back in the fold and then he picked up another injury around the Derby FA Youth Cup and the specialists found a crack in his femur, which is a huge blow. He has undergone another operation and all credit to him, he has shown a wonderful strength of character, a level of discipline you need to be successful and we have full belief in his potential.

“The belief we have in his ability is unwavering from the time we signed him from West Brom to right now and we look forward to getting Hisham fit for pre-season and look forward to help getting games under his belt.”

Chiha added: “It has been a difficult season for me. I am extremely grateful to the club and the coaches for showing so much faith in me, when I got the injury I was a bit unsure of what the future would hold, but now I know that my focus can just be on getting myself fully fit and coming back in pre-season, raring to go for the new season.

“When you are injured, it can be quite a lonely experience, but I have had good people around me, team-mates, family, coaches and they have really helped me. I will work has hard as I possibly can and I am looking forward to what is ahead.”