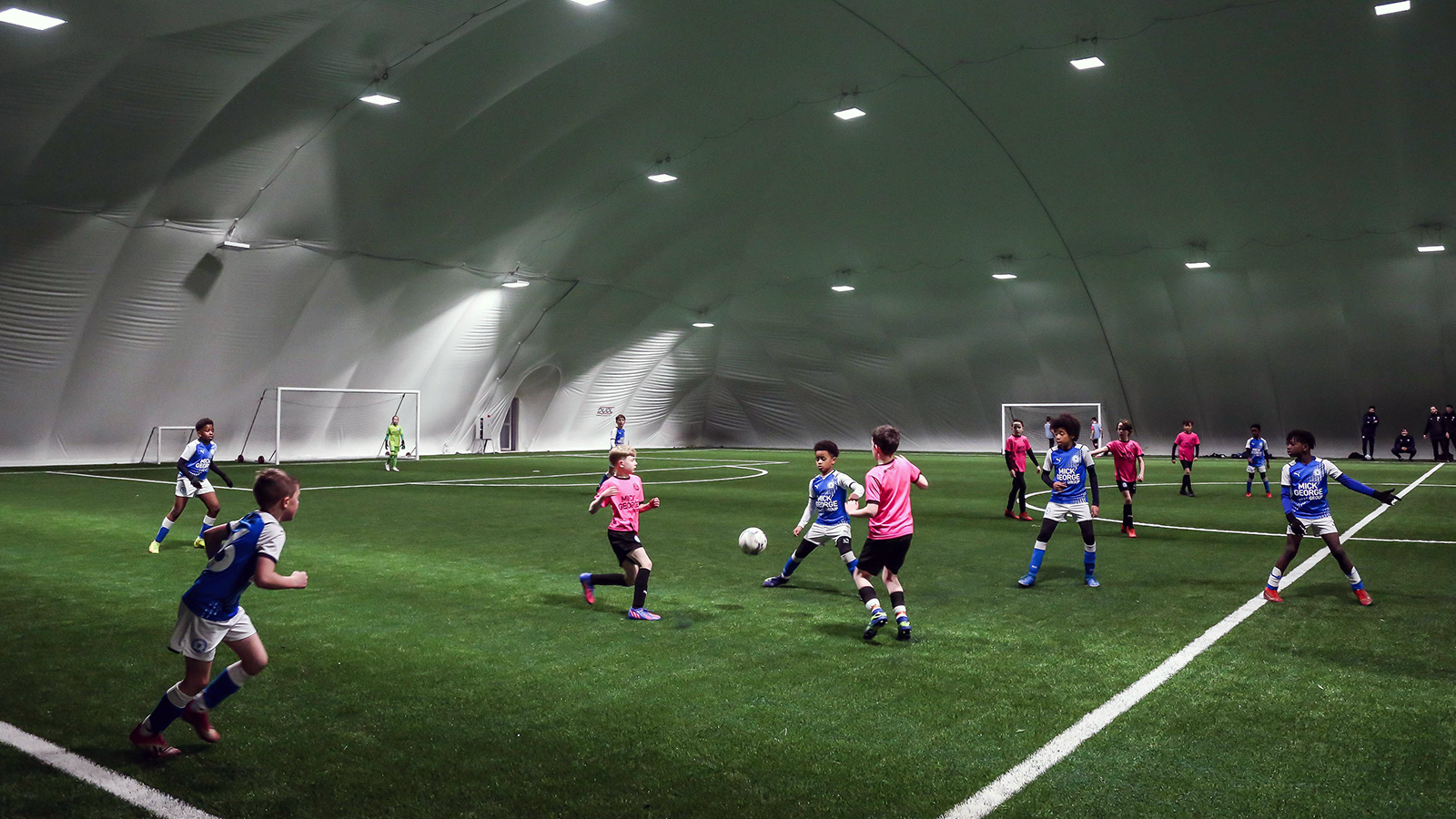 Posh can confirm that the club’s Academy has received a three-year Category Two status licence.

After a successful first year under Category Two status, which saw the club handed a temporary licence, partly down to the ongoing challenges around Covid-19, we are delighted to confirm that the club’s Academy has been awarded a three-year licence.

The club initially obtained Category Two status last July, thanks to the culmination of hard work behind the scenes, following a four-day visit from auditors at the beginning of March 2022.

Across the last 12 months, the club completed the requirement of an indoor dome and it was officially opened in February and has since been used by youngsters within the Academy as well as the wider community.

Academy Manager Kieran Scarff said: “We had a full audit at the beginning of March and only recently received the results, and we are delighted to have received a three-year licence at Category Two status. The auditors saw a snapshot across the four days they were with us and saw first hand the work that is undertaken by our staff day in, day out.

“We initially applied for the status last February and received a one-year temporary licence due to Covid. However, a lot of work has happened in the last 12 months to see the club obtain a full licence. The dome was built and officially opened earlier this year and that was massively important for us because, without that, we wouldn’t have been close to achieving Category Two status.

“A big thank you to the owners, Barry Fry and the senior staff for their continuous support, drive and ambition on this project. They want this club to produce young players and create that pathway to the first team, which is obviously very important, but there have been countless examples of players going on to other clubs or into different walks of life, using the skillsets that we provide.

“We had some productivity ratings from the EFL a couple of days ago and it showed that we are now 15th in the country over the last three years. That’s a massive jump from where we were 9-10 years ago and that demonstrates the real intent of the club and showcases the quality of work that is undertaken.”