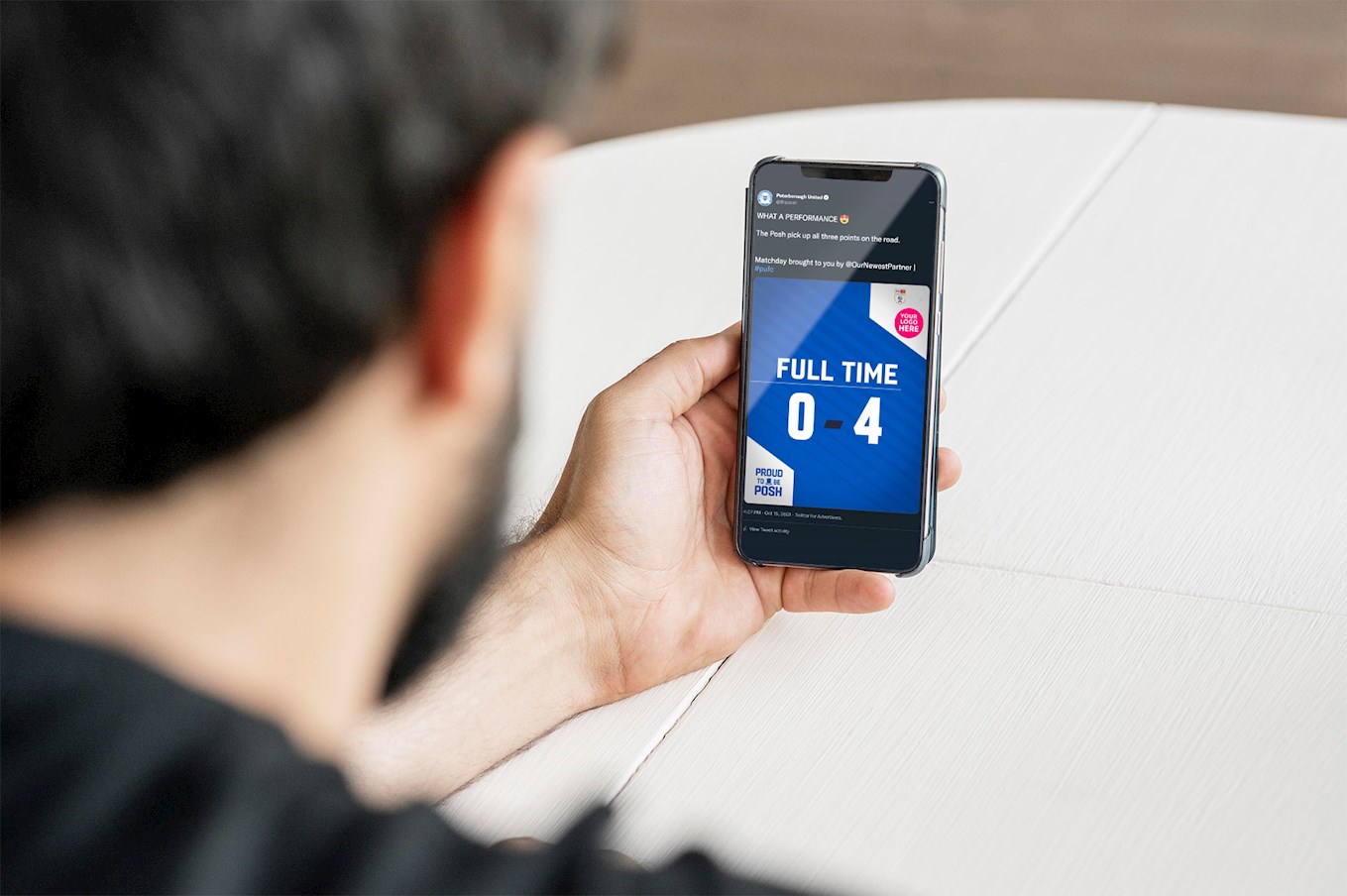 Get involved and enhance your brand through social media!

When Facebook, Instagram and WhatsApp went down for over six hours recently, people up and down the country were frantically working out who the other people in their households were as they engaged in something called ‘conversation’.

Thankfully though, power was restored and scrolling became part of our days once more. Mercifully, Twitter survived that outage and whilst red flags, Squid Game and cute dogs doing something dramatic was a large proportion of the content, it at least allowed us to remain sane.

Social Media plays such an important role in our lives now that it would be bonkers to not get involved and at Peterborough United, we have tailored some commercial packages to allow you to enhance your brand and feature on our most popular content.

So, what packages do we have available?

The Full 90 package (includes stoppage time so technically anything up to 100 minutes) is a digital only package which allows you to have your logo on our ‘kick-off’, ‘half-time’, ‘full-time’, ‘substitute’ and ‘goal’ graphics, which reach around 250,000 people each match, that is over 10,000,000 reach per season and that is without contemplating a goal glut!

Your logo would appear across our three main social media networks on these graphics, so that is Twitter, Facebook and Instagram – what a way to promote your brand to the world!

Our Global kick-off package is another digital only sponsorship opportunity, but this really is worldwide! We post on Twitter and Instagram a map of the world, with all the key kick-off times so that Posh fans out of the country know what time to set the alarm to sign into iFollow (other streaming networks will soon be available – 😉) and your logo would appear, providing a potential reach of over 1,000,000 per season.

A simple Happy Birthday tweet or post provides more interaction that you would think. For a start, that particular player is going to retweet or share it and probably reply to it with a creative ‘thank you’ so it won’t be long before your logo is appearing on other footballers’ pages and after that, who knows! This is posted on Instagram and Twitter and with a squad of over 25, that could provide a reach of over 700,000 per season.

The January transfer window is not just exciting for Sky Sports News. Our Signing Package is essentially sponsoring the Transfer Window, your logo would appear on new signing graphics, first interviews, cheesy ‘I can’t wait to get started’ messages and much more.

Not only that, and given there is no guarantee that we will dip into the transfer market, although let’s face it we will, we always do, we have planned a series with Director of Football Barry Fry with four episodes on recruitment and your logo will play a very prominent part in that. As Barry once famously said, “Sold to the (enter expletive here), (enter expletive here) in the blazer.”

If you want to find out anything more about any of the packages above, please email jake.baxter@theposh.com.