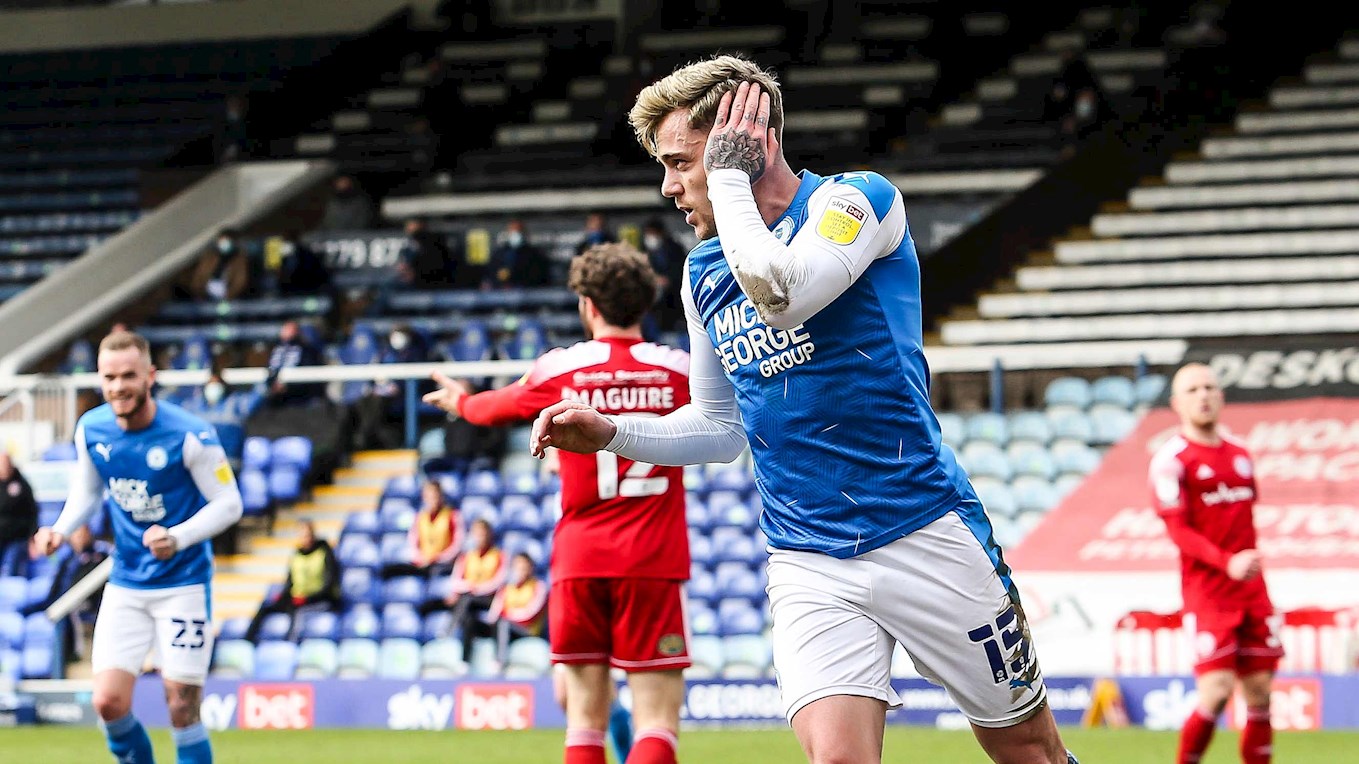 At Rochdale, it was the traditional Alan Shearer ‘arm in the air’ and against Accrington Stanley on Saturday, it was the Emile Heskey ‘spinning some tunes’; Posh star Sammie Szmodics is bringing some classic goal celebrations to the match day.

Szmodics, who netted a brace in the thumping 7-0 victory over Accrington Stanley, has credited physiotherapist Matt Rogers for the inspiration behind the historical goal celebrations and is hoping for many more before the end of the campaign.

“Me and Matt were having a chat when I was injured earlier in the month and were talking about some of the iconic celebrations in the Premier League so in the last couple of games, I have managed to score and bring a few of them out. At Rochdale, it was the simple arm in the air in homage to Alan Shearer and on Saturday, it was the Emile Heskey one.

“We have got a few more in the locker and hopefully I can score a few more before now and the end of the season and bring them out. Me and Matt get on well, all of the lads like Matt, it is important that your physio not only makes you fit but has a bit of banter and he likes to dish it out as well as take it!

“He has really helped me as he has with a lot of the other lads this season. It was great to score two on Saturday and I really appreciated the comments from Jonson Clarke-Harris about deserving the hat-trick, but he deserves the praise because it is not as simple as it may look to score the goals that he did.

“We were all delighted for Idris to score his first league goal and thrilled for Mo to score. That was a really tough chance, particularly on the surface, he showed a lot of composure to round the keeper and it was a great feeling to see the ball go in the back of the net. Everybody is going to have to play their part this season.

“We have a tough Easter weekend with a trip to Fleetwood and then Sunderland on the television on Easter Monday. Fleetwood is always a tough place to go and it was a tough game against them earlier in the season,” Szmodics said.