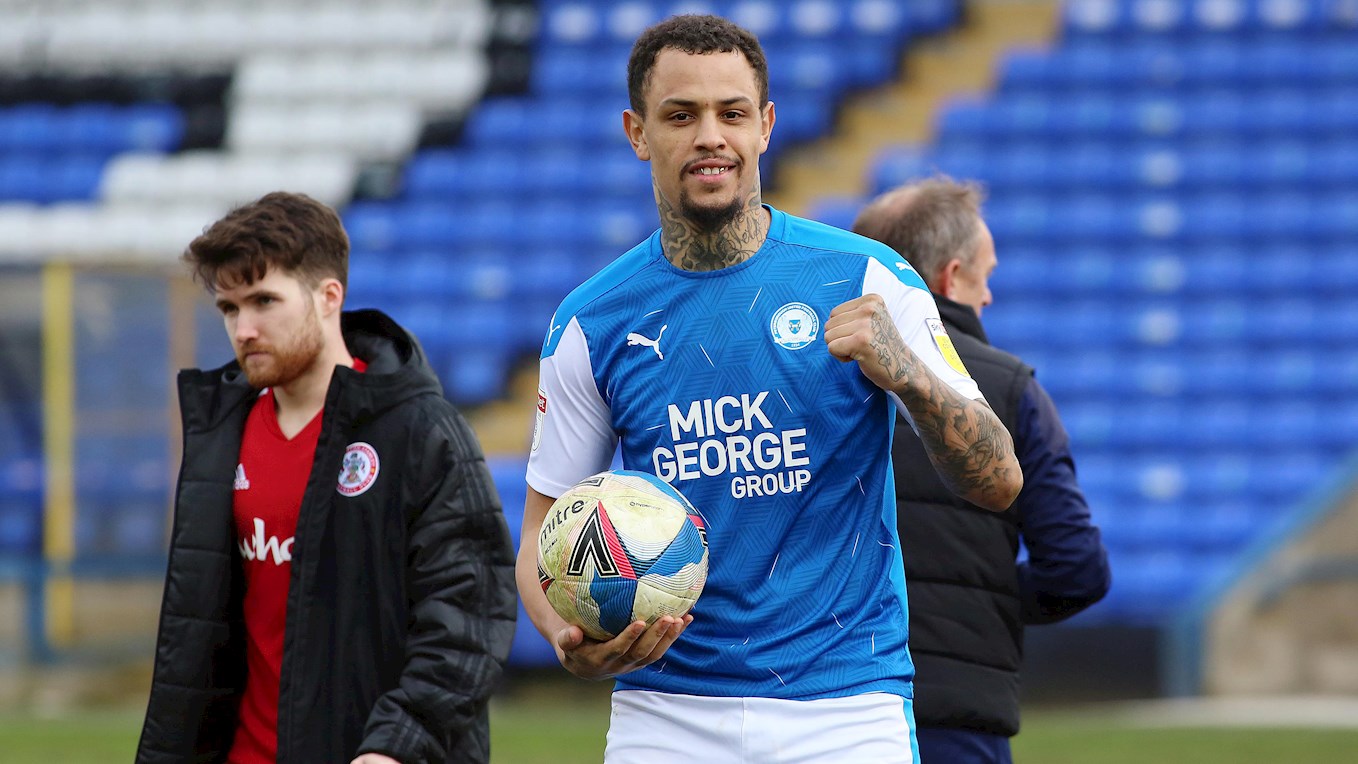 Jonson Clarke-Harris netted a hat-trick against Accrington Stanley, but heaped praise on his team-mates following the final whistle.

How would Posh replace Ivan Toney? That was the question that pundits and probably supporters were asking in the summer, but like many before him, Jonson Clarke-Harris has found goals easy to come by at Peterborough United.

The front man, who joined Posh in the summer from Bristol Rovers, netted his 25th league goal of the campaign and 27th in all competitions as Darren Ferguson’s men thumped Accrington Stanley 7-0 in Sky Bet League One to keep up the pressure on leaders Hull City.

Clarke-Harris was in the right place at the right-time to side-foot home from close-range from a Joe Ward cross inside three minutes and doubled his tally before the 10-minute mark, firing home after his initial shot was saved. He completed his hat-trick at the back post from another Ward centre in the second half before taking a well-deserved rest as Posh made changes.

“It is always nice to score goals,” Clarke-Harris said. “However, I think it should be Sammie Szmodics standing here taking all the praise because he was outstanding from start to finish. It was a really good team performance. We made a great start and we just kept it going and I am sure a few people will raise a few eyebrows when they see the results.

“It has been a tough week, but we have had a chat and we knew that we were in a really good position in the league going into the final 10 games. We couldn’t lose sight of that. It was a perfect day, scoring goals and keeping a clean sheet and a special mention to Mo Eisa, I was delighted for him to come on and get his goal.

“For me personally, it is great to get to 25 goals in the league with nine games to play. It wasn’t about coming here and trying to eclipse Ivan Toney because he is an outstanding player and has ripped it up in the Championship, it was about me coming here and making a difference to the team and hopefully I have done that,” Clarke-Harris said.

The forward admitted that it is hard not to see how other teams are doing at this stage of the season, but believes Posh are in a great place to push on. “It is hard not to have a little look how the others are doing, but we have to focus on ourselves and look after what we can affect. It was a good win, but we now turn our attentions on Fleetwood on Friday.”