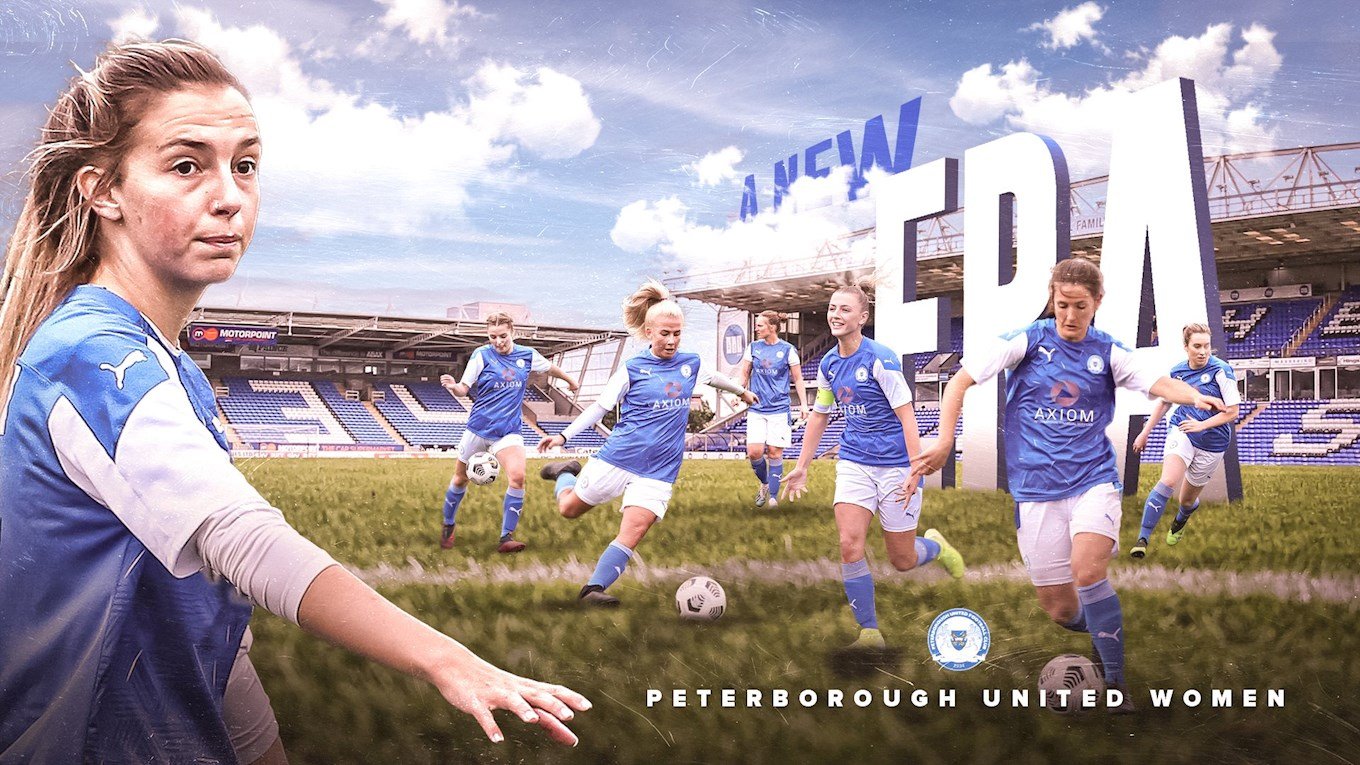 Successful Women’s side will now fall under the football club moving forward.

June 1st marks a new era! After several years under the Posh Foundation, the Peterborough United Women’s team will now fall under the football club and as you will tell from the opening line of this story, they have a new name too.

Previously the Posh Ladies, the successful squads will now be called Peterborough United Women and are hoping to find out in the next few days that they have secured the promotion they deserve after two campaigns which were curtailed by Covid-19.

Posh co-owner Jason Neale explained the reasoning behind bringing the Women’s team under the club’s ‘umbrella’. “When we arrived as co-owners, we found that the football club obviously had the first team and an Academy, but a Women’s side that were kind of connected, but not under the umbrella of the club so myself and Stewart and Darragh are of the opinion that it should be a ‘one club’ strategy from the under 8s all the way through to the first team, so it was important to us to bring them into the fold.

“As you probably know, one of my daughters play high level women’s football in Canada. I have watched a lot of women’s football. I am really optimistic about the future. The Women’s side have enjoyed a lot of good progress and if there is a team in this country that deserve a promotion, it is our Women’s team.”

Academy Manager Kieran Scarff, who will oversee the move, said: “The women’s side have been tremendously supported by the Posh Foundation, but it is now a question of moving them across to the main umbrella of the football club so there will then become three main strands, the first team, the Academy and the Women’s team.

“There is a clear aspiration for the Women’s team to continue enjoying the success they have had over the past few seasons and to grow much further along the way. This move will give more access to the resources that the club can provide and will only support their growth. The promotion that they so richly deserve, would, by comparison, put them in League Two within the Women’s game and they will definitely grow, and we look forward to their progress.”

Following the conclusion of a knockout cup campaign, that was introduced following the curtailment of the league campaign, we can now confirm that Chloe Brown has been installed as the new manager of the Women’s team with Jenna Lusk confirmed as assistant.

Chloe, who worked with the Ladies team during last season, said: “I joined at the start of the season just finished and it has been great fun. I was looking for a job within the women’s game that not only provides me with the opportunity to work with good players, but also, I wanted to be working within a good environment and this ticks those boxes. It has been brilliant to come in and work with them and I am excited about my role moving forward.

“We have a drive to be the best team that we can be. This summer will be important in terms of recruitment and we are working hard to put together a squad to develop with us as a club. I think the badge is an obvious attraction, but the culture that we have is fantastic, the girls have only just finished the season and they are wanting to come in and train and improve.”

Jenna Lusk, who created the Women’s team seven years ago and has helped grow the Women and Girls department within the Foundation, is proud of what has been achieved so far and is excited about the future with the Women’s team now an important part of the club’s infrastructure moving forward.

“There has been a lot of progression over the last seven years. It has been tough, but rewarding and exciting. We have come a long way; we have built a lot of teams from under 9s through the women’s team and we now have a first team and a reserve team and have built the foundations to take it to the next stage and that next stage is really important for us.

“The Foundation have been absolutely brilliant, they have really helped us from the start, but we are now in a position to push on with the football club’s help and make sure that we are moving towards elite football and the top end of the women’s game. It is a really exciting time for the Women’s team,” Lusk said.

The football club will be launching a new Women’s team Twitter page to bring you all the latest news from the squad ahead of the new campaign. The Foundation will continue to operate at www.twitter.com/@Posh_WG with plenty of opportunities for girls to continue enjoying the game they love.