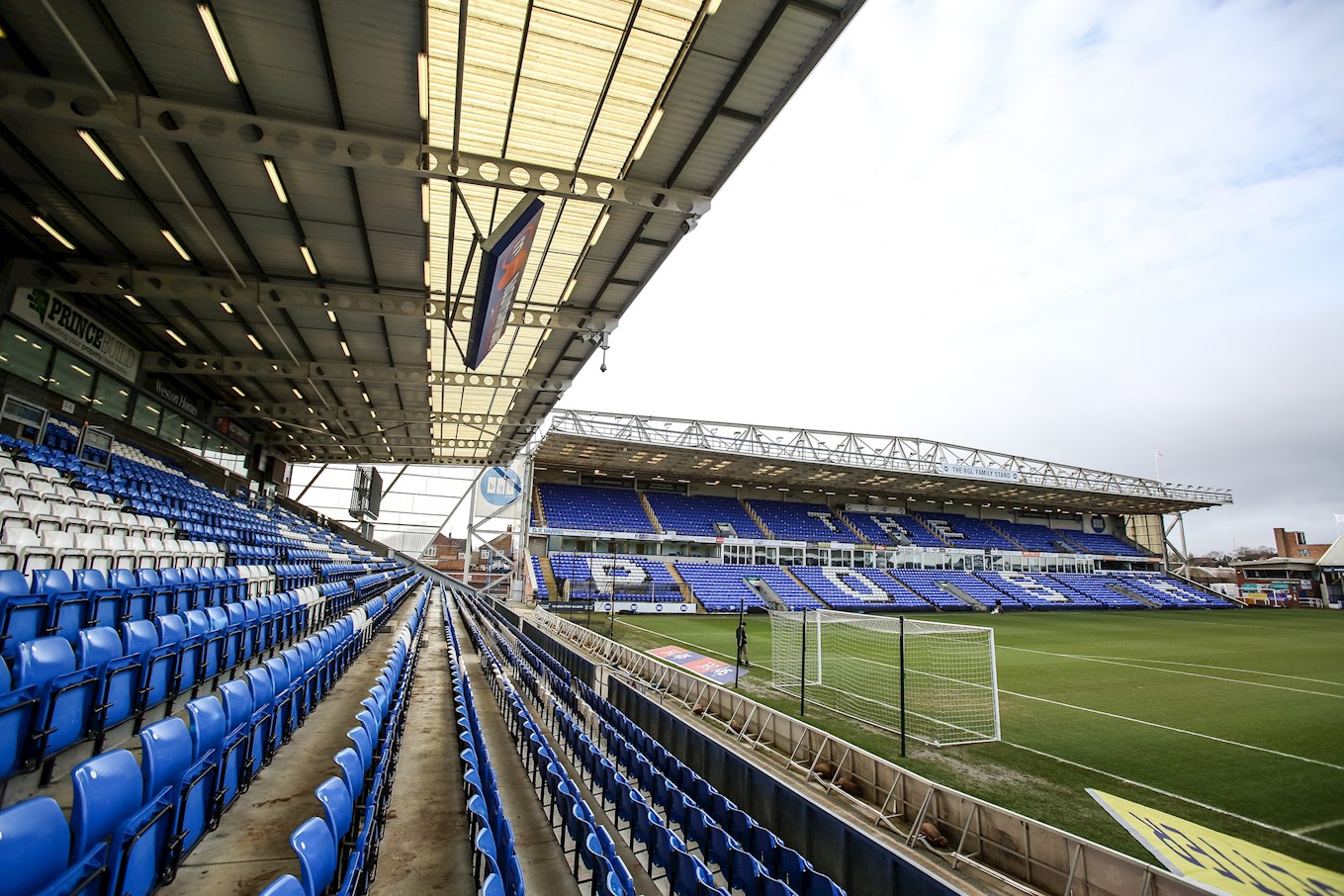 The football club are now in a position to confirm arrangements for season ticket & match ticket holders.

While the decision to end the current campaign for the majority of clubs in League One was an extremely disappointing conclusion for our football club, it does finally give us a bit of clarity and allows us to prepare for the future.

Our season ticket holders for the 2019/20 campaign have been superb and we would like to thank them for their wonderful support at the Weston Homes Stadium, it was very much appreciated by the management, players, staff and owners.

We have made no secret that this has been tough for the football club from a financial point of view, as it has been for the majority of EFL clubs and whilst we were adamant that the best way to move forward was to play football, that decision was taken out of our hands. The financial strain will continue to be felt for some time to come and as owners, Darragh MacAnthony, Jason Neale and Stewart Thompson will do all they can to ensure we come out of this time with a resurgent football club.

Season ticket holders for the 2019/20 campaign will be offered credit on their account for the missing five games on a pro-rata basis which can be used against season ticket purchases for the 2021-2022 and the 2022-2023 season. To help the club come out of this extremely challenging time, 50% of the credit will be added prior to the 2021-2022 season tickets going on sale followed by the remaining credit the following year.

Alternatively, should fans wish to support the club in this difficult time, they can choose to waive/donate the credit (this can be done right up until 2021-2022 season tickets go on sale) and will be redirected to the Posh Academy. The Academy is a huge part of the club’s future and heavy investment has been made to produce our own local players through the system. It is simple to waiver any credit, fans can log into their online account at www.theposhtickets.com and click on “manage my tickets” or by emailing tickets@theposh.com with their Fan ID.

Supporters who had purchased a 10-game season ticket this season will have any remaining games carried over into the 2020-2021 campaign (subject to government/EFL guidelines).

Refunds for any coach tickets, match tickets purchased for the away game at Bolton or the remaining home fixtures will be automatically processed (if paid by card) on the 30th June. However, if any supporter wants a refund before that date, or if they want to convert the purchase amount into club cash, they can do so by emailing tickets@theposh.com. Anyone who paid by cash for tickets will need to email tickets@theposh.com.

Platinum season ticket holders will be contacted individually in the next few days.

Anyone who has already purchased or purchases before the end of June, a season ticket for the 2020/21 campaign will be entered into a prize draw to win ‘money can’t buy’ prizes.

It has been an unprecedented time, a hugely challenging time and a period that has been extremely frustrating for everyone connected with the football club. The backing of the fans during this period has been exceptional and if you feel that you are in a position to do so, we would appreciate any waiver or donation that can be opted for. In return, we will recognise that generosity in a unique way at the new stadium and as a further gesture, we will allow 2020/21 season ticket holders to bring a friend two times during next season free of charge (when safe to do so).

To sell 2,500 season tickets for the next campaign is nothing short of phenomenal and indicative of our loyal fan base. If you are able to purchase a 2020/21 season ticket to support your club, more information can be found www.theposh.com/tickets/season-tickets-2021/. We have extended the deadline for the Super Saver period until the end of July and any existing season ticket holder seats will be reserved until the same date.

We look forward to seeing you back at the Weston Homes Stadium when we are given the green light to play football again. The club are now operating with minimal staff so please be mindful of response times when communicating with the club during this period.