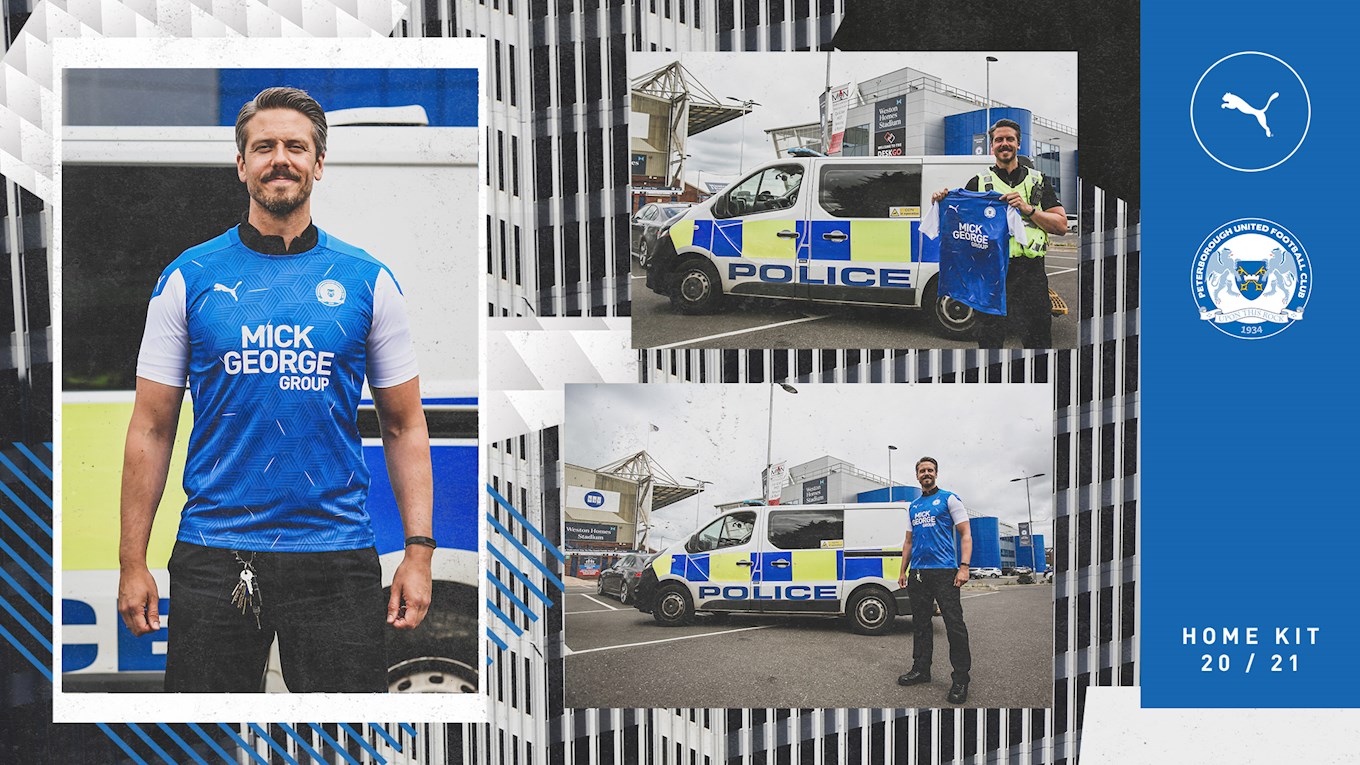 As part of our kit launch for the 20/21 season we were honoured to feature a selection of key workers from across the city - we would now like to introduce you to them. This week, we’re getting to know DS Justin Howard, of Cambridgeshire Constabulary.

For Justin Howard, his job as a police officer is unlike any other. “There’s no other job quite like it. It’s the daily challenge and albeit a bit of a cliché no two days are exactly the same, you never know what may happen next.” And during the pandemic, it has proven to be even more of a challenge, “At the start of the pandemic the organisation lost a lot of people due to having to shield and others becoming ill. This had a testing effect on how we could respond to the pandemic and of course our core daily business. It’s been great to see however everyone pulling together and the support from the public has been fantastic which I know has gone a long way in keeping morale up.”

But the difficulties in his day-to-day work as a police officer during a global pandemic didn’t stop him from pulling out all of the stops to help his community. Howard was an integral part in arranging the Clap For Carers campaign at Peterborough City Hospital, which he says is one of the highlights of his policing career so far, “Myself and my colleague Luke were approached by my Superintendent about doing something at the hospital and we gladly agreed. It took a fair bit of planning and hard work to make sure everything went smoothly but thanks to everyone at the hospital and the other agencies we were able to ensure it was a huge success.”

This sense of community that we all participated in over the lockdown period was a particular highlight for Howard as he says, “I think it’s always important to try and stay positive and take the good out of the even the most difficult situations. Seeing everyone pull together when we had lost a large amount of officers and staff was amazing to see. It’s remarkable what people can still achieve when we are up against it and you can’t help but feel inspired by those around you.”

After 14 years in the police force, Howard has, like most of us, had to change the way that he works in his role slightly, “In April I moved to a more strategic position due to the current COVID-19 pandemic which has been an interesting challenge and something new for me to tackle.” This is what has enabled him to work through the pandemic, whilst shielding away from close family members that he would usually bring to Posh games.

As we’re all looking forward to getting back to “normal” DS Howard also warns against defying the social distancing rules, “We are getting there gradually but it’s important everyone keeps doing their bit so that we don’t see another spike. Everyone has done so much in getting us to where we are now so it would be a massive shame if we stopped now.”

You can pre-order the new PUMA-branded home kit NOW here.

The shirts will be dispatched in mid-August. Please be aware that the shirt will not be available to purchase in the Posh Club Shop until this time.