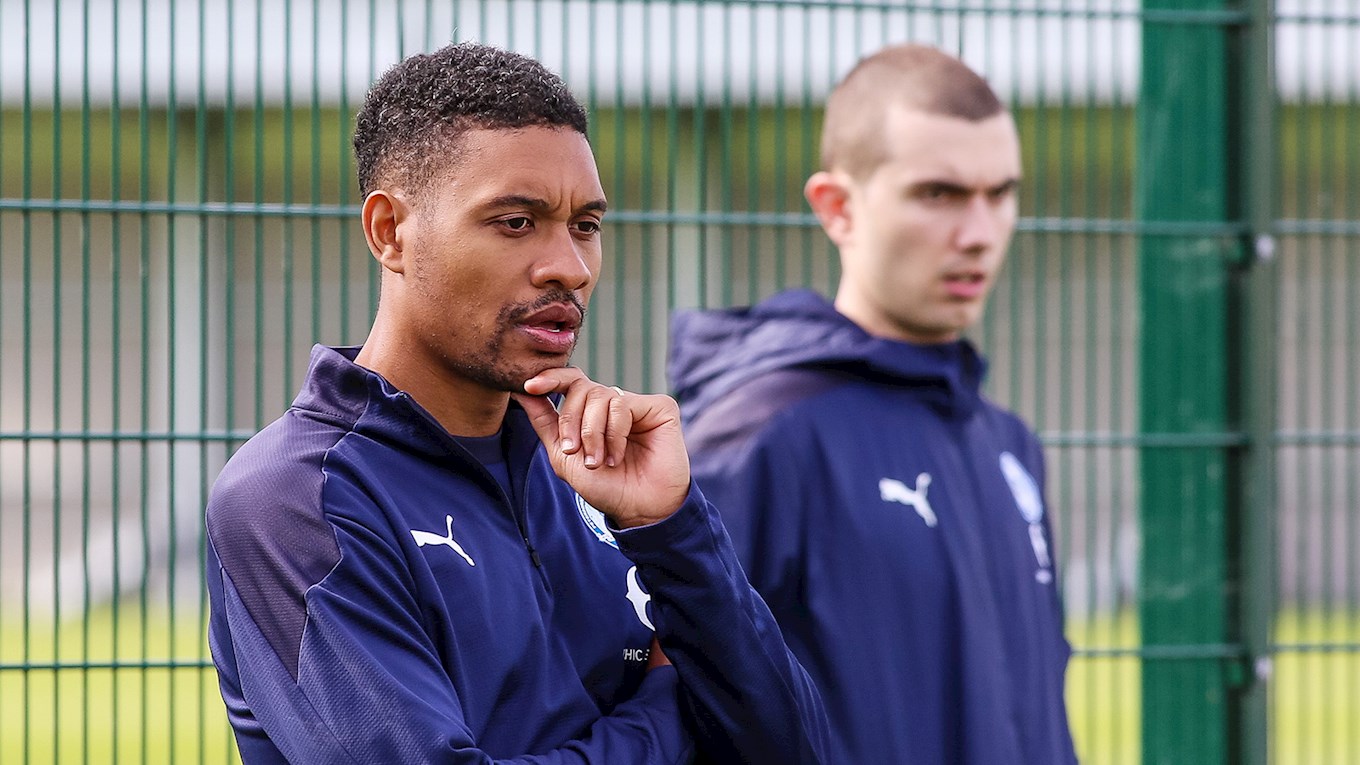 Youth In Focus – With Ryan Semple

The Posh under 16s have had some excellent results this season and have impressed as they handle multiple challenges.

Former Peterborough United player Ryan Semple knows all about the challenges teenage life as a footballer can provide. Now back at the football club as Youth Development Lead Phase Coach after a spell working for the Football Association and Manchester City, Semple is enjoying working with the current crop of under 16 players.

A number of them have already stepped into the under 18 group and are making an impact with 16-year-old Adler Nascimento a regular scorer at that level as Matthew Etherington’s men reached the summit of the Youth Alliance League.

Reuben Marshall, another member of the under 16 group, has also made his mark, scoring in an under 18 victory and carrying on his form from the level below where he has netted 18 goals in all competitions so far this season.

Semple, who worked alongside Jack Collison as assistant under 18 coach following his retirement from playing, believes the framework in place at the Academy is perfect for development and is relishing the challenge of working with young footballers, who are juggling studies with their fledgling careers as well as coping with the Covid-19 pandemic.

“I have been back at the club for four months now and the under 16s are doing really well, there are a few players within the group that we see a lot of potential in. They have a good work ethic and a large majority of the squad have been with us for a number of years, so they know how we operate and what we expect of our young players.

“It is a tough time because it is a shortened season at this age group because it is when they get their decisions of whether they will be taken on as a scholar. Normally they would be getting their decisions around now but it is pushed back to the early part of the New Year. They all had around six months off due to Covid-19, so I have been happy with how they have coped with the challenges.

“It is difficult because they have to combine schoolwork with what we are demanding of them in terms of training and playing football matches. They know that decision time is coming, and people deal with that in different ways. The parents are feeling it too, their support is invaluable to the players and we thank them for that.

“It is a good test for them because handling pressure is just one facet of being a footballer. It gets harder every year within the Academy, but you would expect that to be the case. The way this football club works is that there is a clear pathway through to the next level if you like. For the under 18s, they know that if they are performing well, they will get the opportunity to join the first team squad and this season you have seen Flynn Clarke, Harrison Burrows, Ricky-Jade Jones, Idris Kanu, Ronnie Edwards all doing well for the gaffer.

“That filters through the Academy. You need to have players from the age group below pushing those above them and that is what we have, we have a number of under 16s within the 18s group doing well and equally as you look down the age groups, that is happening too with players playing up a year.

“The Academy is showing it is functioning well and we will continue to strive to do that. There is a lot of trust in the Academy from the top and that is great for us working within it,” Semple said.