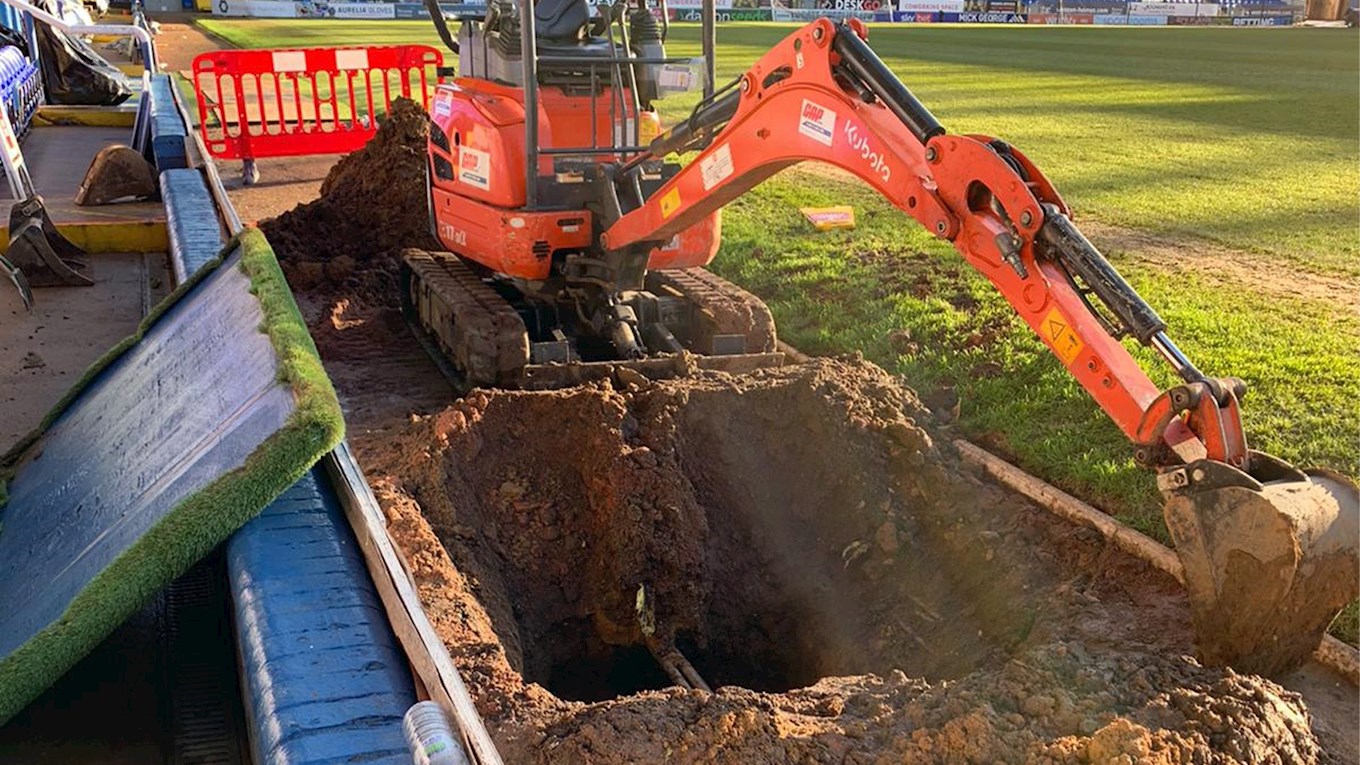 Burst water main pipe at the stadium has now been fixed following investigation.

Following a thorough investigation, the football club have identified a burst water main at the Weston Homes Stadium, a leak that was causing an impact to the playing surface for the last two fixtures.

The leak was stemming from a six-inch pipe, situated close to the Main Stand (Next to the dug outs) and pitch-side, and consequently was causing a build-up of water underneath the playing surface.

An outside contractor has now rectified the problem. Stadium Manager Dawn Brittain said: “Following the home fixture with Blackpool there was a noticeable difference to the playing surface and the surrounding areas, but it was obviously a case of trying to identify the problem.

“The enormity of the problem was sizeable, it wasn’t just a case of a small water leak, ie from a tap, this was like a fireman’s hydrant in terms of the sheer volume of water that it was pumping out. This led to the pitch suffering as the water was building up underneath the surface and combined with the wet weather, made the job for our Groundsman and his team extremely difficult.”