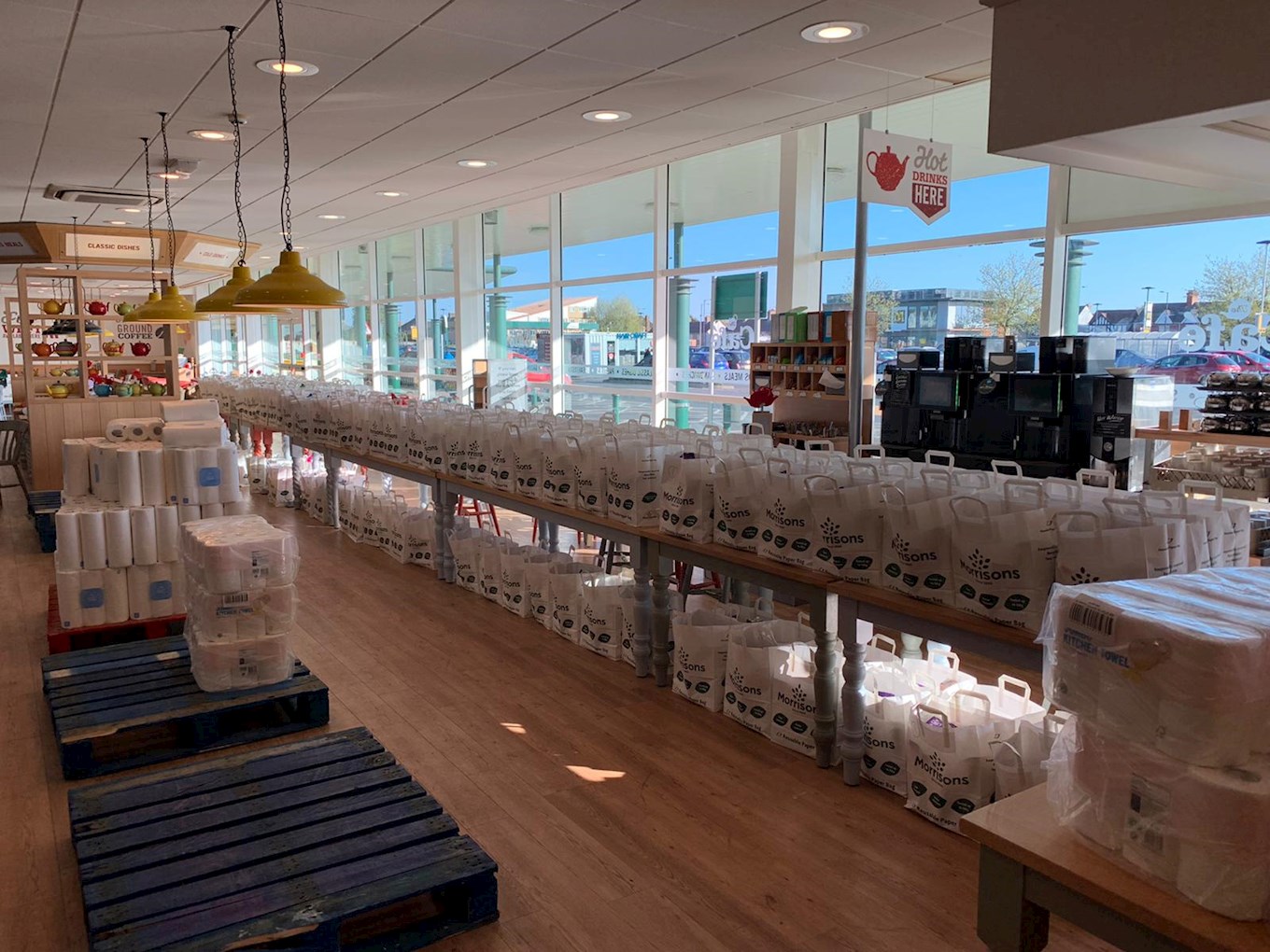 It was the brainchild of Peterborough United defender Niall Mason to try and help some of the more vulnerable supporters within the city and surrounding areas and this week, that concept was realised as a substantial number of households received a care package, packed and delivered by our wonderful friends at Morrisons.

Mason wanted to try and help those supporters that are classed in the ‘vulnerable’ category during these unprecedented times and we invited fellow fans/friends to nominate those they felt were deserving of the ‘care package’, which featured food, house-hold items and essentials and much more.

“Niall wanted to help the community during these troubling times, and we received countless nominations from people across the city and surrounding areas putting forward people they felt would benefit from this particular project.

“We could not have made this project work without the help of Morrisons. After a meeting with the hard-working team behind the scenes, the supermarket not only agreed to pack and deliver the items, they also contributed financially to increase the content of the deliveries.

“With a substantial amount of households to visit, planning a route was the next item on the agenda coupled with a personal letter to the recipient explaining how they ended up with shopping at their door! I joined the fantastic delivery driver Andy Vaughan over two days and I have such admiration and gratitude for the work that they do to keep this country going.

“During the two days, we visited people that have been supporting the football club since the Midland League days, long-term season ticket holders, people with wonderful stories (that were told at a very safe distance) including the man that drove the open top bus through the city following promotion in 1992.

“There were plenty of tears, smiles and most of all thanks once the deliveries had been completed and we hope that everyone who received a ‘care package’ stays safe with the majority not able to leave their homes. Finally, a big thank you to everyone who nominated someone, Niall, the squad and the management for their generosity and of course Morrisons for the integral part they played in making this idea a reality.”