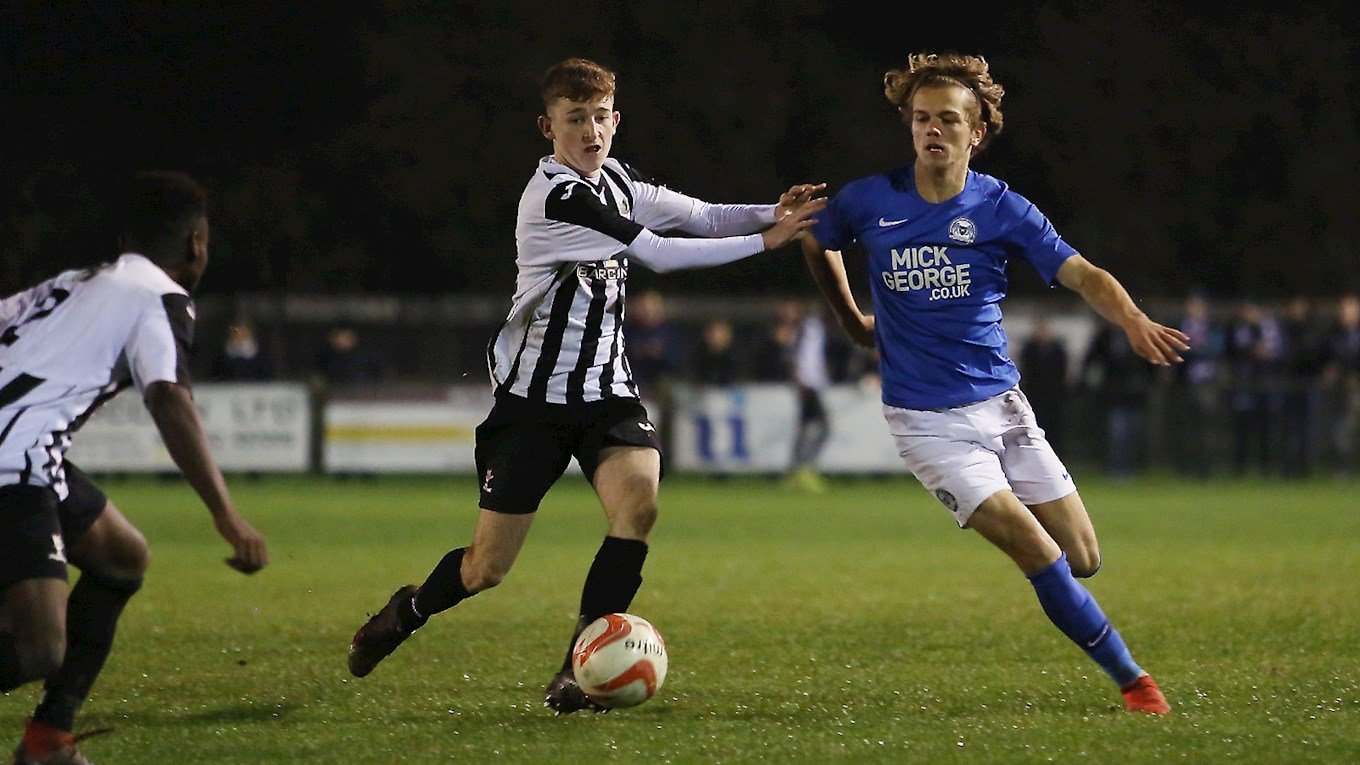 Youngster Bobby Copping scored the winner in the first round of the FA Youth Cup and is looking forward to building on a promising start at the club.

Bobby Copping, Peterborough’s newest addition to the under 18s team, has been making quite the impression on his new club; a side that has given him back his passion for playing as well as a place to grow his ability and natural talent.

Having been with Bury FC during the unfortunate events that led to their removal of league club status, Copping found himself in the need for a new club if he wished to continue in a career as a player. Having had a previous nine-year spell at Norwich City’s academy, Copping is settling into his new environment and with a professional contract signed, he is hoping to continue his development under the watchful eye of Darren Ferguson.

Having played numerous games for both the reserves and under 18s, he has already settled into his new surroundings and he hopes this form will soon lead to a breakthrough into the first team squad.

“It was a massive thing for me, I didn’t want to sign a scholarship. I wanted to go to the next level because I believe in myself and I know I’m good enough for that, I wanted to be a professional footballer because that’s been the goal for 10 years so to finally have that now is a great feeling and now I’ve just got to keep on working hard and prove that I am good enough for the first team by putting in extra work and giving 100% in everything I do off and on the pitch”

“To improve my game, I watch a lot of different CBs and I’ll try and take parts of their game and implement it into mine, so my idol growing up Sergio Ramos is very aggressive and good on the ball which I like and he’s a winner which makes him stand out as a top defender, so watching players like him does help.”

His dedication to his craft comes from the support of his family, who have been his number one fans from the start. Bobby knows just how much impact his close bond with his family has had and lends his success to having a support network around him through all the highs and lows. Bobby sadly lost his Grandad a few years ago and sees his achievements as a way of making the man he admired so much, proud of him.

“Without my family I wouldn’t be anywhere near where I am today, driving up and down the country, taking and supporting me everywhere. An example of this is last season my mum and dad would come up with my sister and my brothers nearly every weekend driving four hours to come to watch and support me, so that’s a massive, massive thing that you’ve got that your family behind you as then you can then do anything as you know they’ll be helping you every step of the way.”

“A lot of what I do is making them proud and giving back for all they’ve done for me and also my grandad who passed away a couple of years ago, he was a big fan so I’ve got personalised shin pads with a picture of him on it as he was such an inspiration and I know whenever I step out onto the pitch he’s with me. So, a lot of the extra work and commitment I do is for him because of how supportive he was of me and of course for the rest of my family.” Copping added.

Copping scored the winner in the FA Youth Cup first round victory over Dereham Town with Posh currently awaiting news on their opponents in the second round of the competition.