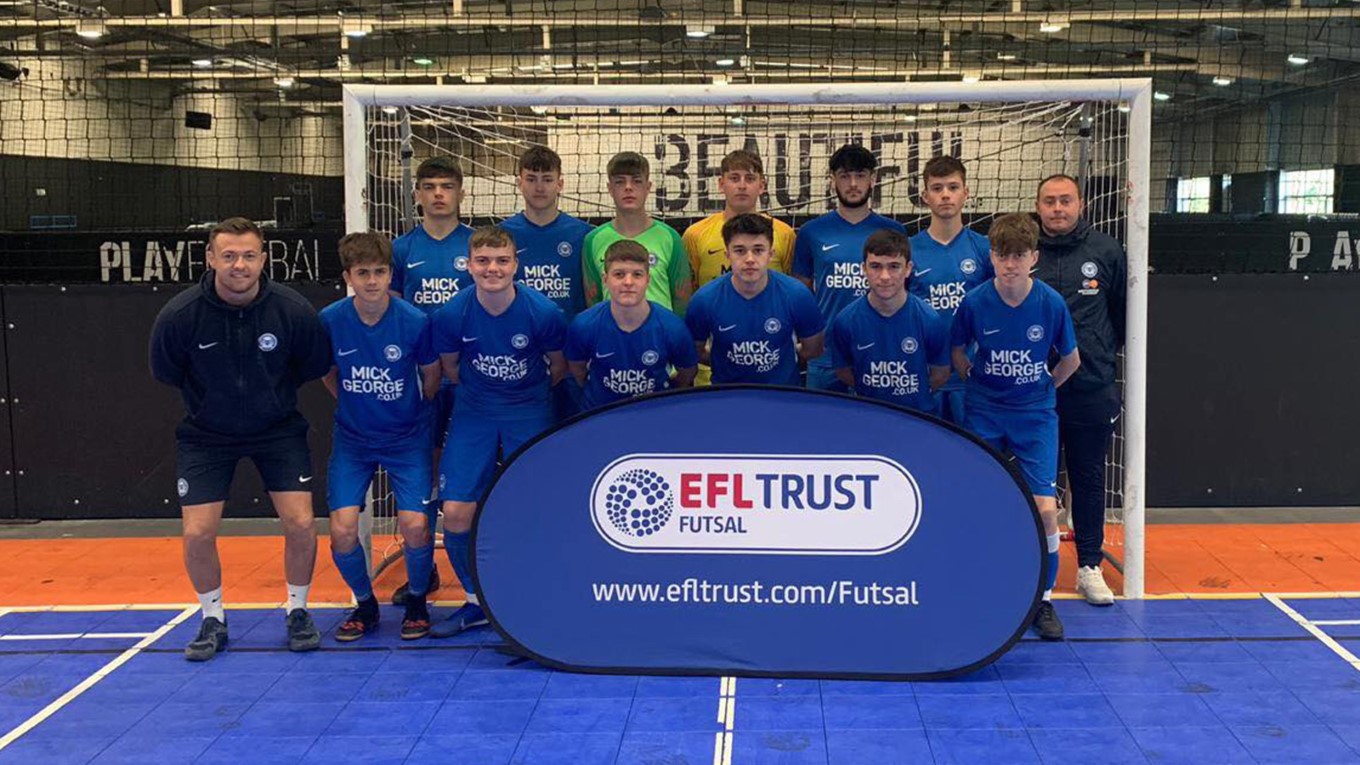 On Tuesday 30th April, The Posh Scholarship travelled to the Pro-Direct Arena to take part in the Futsal Cup. Posh went into the Futsal Cup fixtures with one intention, and that was to come away from Birmingham with the trophy.

Posh had a hurdle in the first game where Posh controlled the first 5 minutes, however a counter attack from Cheltenham saw them take the lead. Posh remained calm and came through this fixture strong with a 4-1 win, scoring two good Futsal goals. Posh then faced Scunthorpe which was always going to be a tough fixture. Posh started slowly and gave Scunthorpe to much respect. The press wasn’t as high and Posh let Scunthorpe play to their advantage with their pivot.

Posh were chasing the game and had to result to a fly Goalkeeper to get some joy but didn’t manage to break Scunthorpe down completely and never got back into the game losing 4-0. Posh had to win the final fixture against Bristol Rovers to qualify for the semis and faced another hurdle in the first 4 minutes when Bayly was competing with their pivot and the ref awarded a penalty. Posh knew they had to win and stuck to the game plan to continue to move the ball and rotate well to break Bristol down and did this well taking a 2-1 lead into the final few minutes. Bristol were on a 5 foul count meaning the next foul would be a penalty from the 10-metre mark.

Posh played some fantastic stuff and Bristol fouled the Posh player and a 10-metre penalty was awarded. Denton stepped up to convert with a fantastic finish however a reaction from Bristol players coursed a confrontation between both sets of players in which Posh saw their player sent off, however the victory meant Posh had qualified for the semis to face Brighton. Posh started slowly and didn’t move the ball and quickly as they had been doing all afternoon.

Brighton took the lead however Posh struck back. Brighton then got 2 goals in quick concession so the decision to go fly Goalkeeper was made, however getting caught out from this saw the game stretch too far and Posh were knocked out in the Semi Finals.

Posh will now look to regroup and prepare ahead of next week’s nationals play offs takes place.