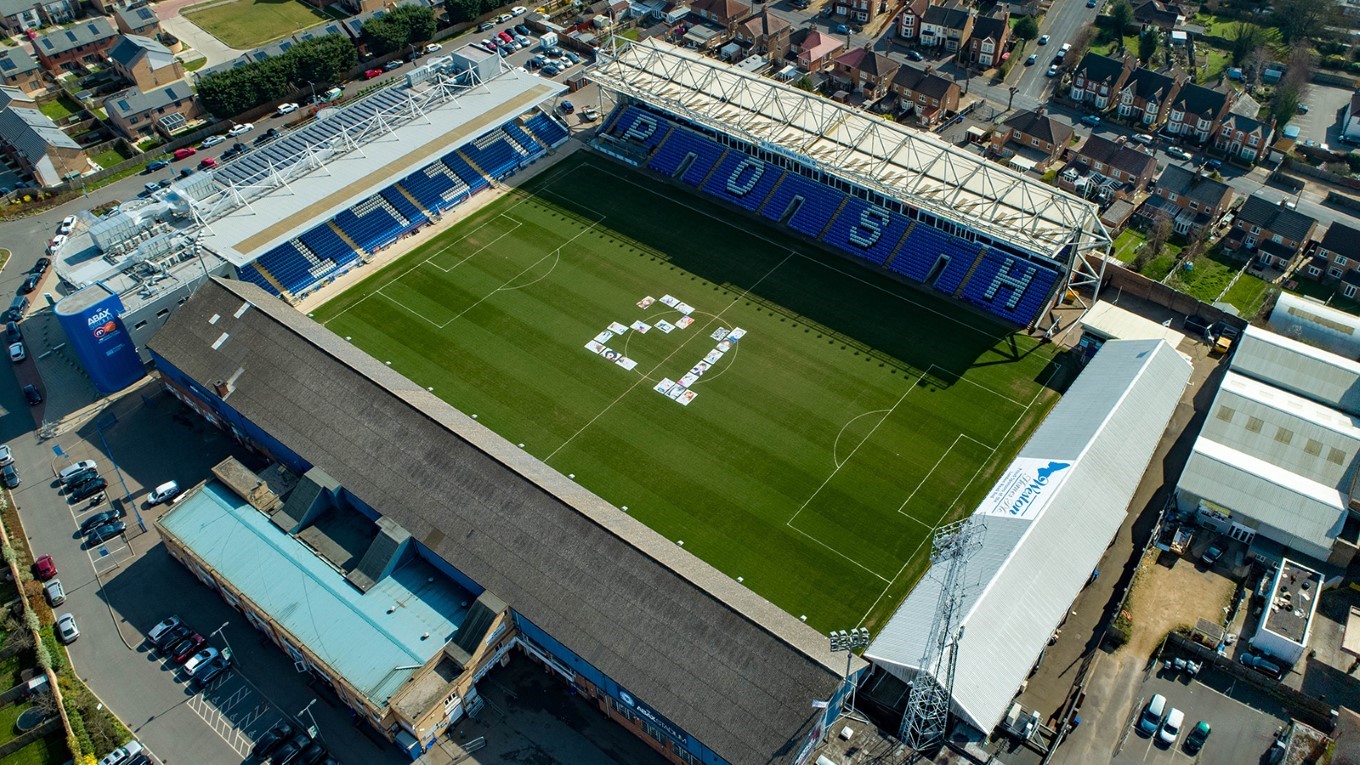 The Bigger Picture For World Down Syndrome Day

For World Down syndrome day 2019 DS the BIGGER Picture has displayed their original pictures from 2013 at Peterborough United’s ABAX Stadium.

Seen from the air, the number 21 dominates the centre circle helping raise awareness of Downs Syndrome. 21 signifies the 21st Chromosome which is triplicated in people with Downs Syndrome.

Also Karen and Terry have released a number of videos from 16 of the families involved showing the highlights, challenges and reality of living with Down’s syndrome. Titled “Growing Up”, the videos catch up with them six years on.

“We wanted to catch up on the families and find out what had happened in the last six years, the good points, the challenges and just to re-connect with everybody,” said Karen Harris. The children in the project include Terry and Karen’s daughter Lucy, aged 11, who also has autism.

“Lucy has a dual diagnosis of autism - she was diagnosed at three-and-a-half and she imposes lots of routines and rituals on herself,” said Karen. “She has social anxiety and generally does not communicate verbally outside of the house. People can assume because she doesn't talk, she doesn't understand.”

Lily Humphies, aged 9, from Leicester, was just two when she had her photograph taken. Now six years on she has had a tough time, going in and out of hospital, with doctors even telling her parents they should plan her funeral at one point.

Mum Jilly Humphies said: “From August to December last year, she was in and out of hospital. Doctors couldn’t get to the bottom of what was wrong, her heart was failing, she had lung issues and her blood levels were all wrong.

“By Christmas Eve she had deteriorated massively and was in intensive care. She became very sick again and doctors said she probably had less than a week left. I planned her funeral, but Lily still had other plans. She is still very unwell and requires constant breathing support but has left intensive care.”

Seb White, aged 11, from Bath, had just become a model for M&S when his picture was taken back in 2013 and six years on he is still modelling for the high street store.

Mum Caroline White said: “Seb is big on sports, athletics, relay, sprinting, long jump and high jump. It’s a chance for Seb to shine as he is very sporty. Seb has modelled again for M&S this year and twice in the shop window.” Nicole Williams, 19, from Surrey, was pictured with the Olympic torch in 2012 and now she is a teenager, with a boyfriend.

“When I was 12 I was on a TV programme called My life Breaking Free and I got to go on a date with James. Now he’s my boyfriend,” she said.

Kyan Newshaw, aged seven, now living in Queensland, Australia, was a baby when he was originally pictured and now he is a popular little boy. Kyan’s mum Jade Newshaw said, “The biggest thing, everyone who meets him absolutely loves him - he has a way with people, he’s not going to suffer through life that’s for sure.”