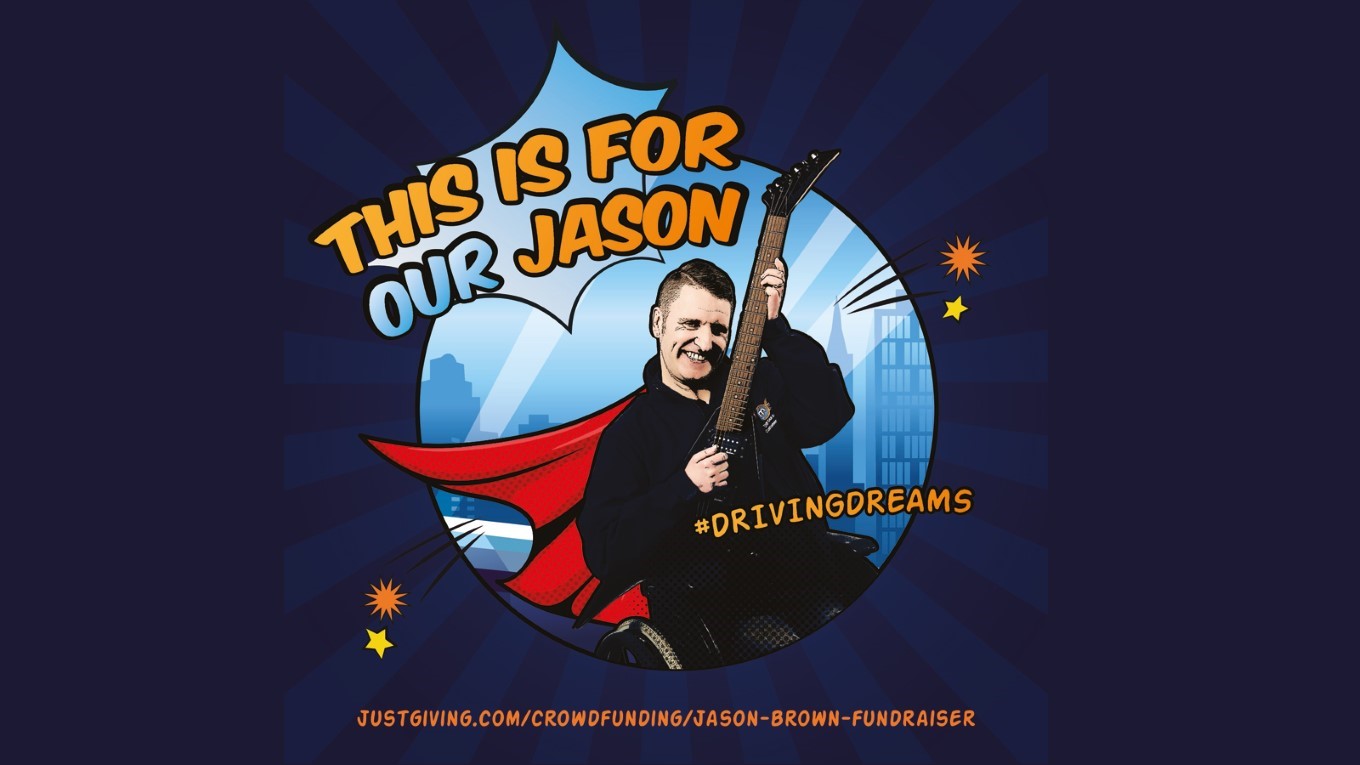 Motorpoint is organising a special charity football match at Peterborough United to raise funds to purchase a new specially adapted wheelchair for a colleague.

Staff from the UK’s leading independent car retailer, which has a network of branches throughout England, Scotland Wales, will be travelling from all four corners of the country to the ABAX Stadium on Wednesday, May 29 to play the game as part of a fundraising drive to pay for a new lightweight wheelchair for long-serving Customer Service Assistant Jason Brown.

Jason, who has worked for Motorpoint for 19 years, has a nerve wasting degenerative condition called Dejerine Sottas Syndrome. This affects the nerves furthest away from the brain, causing muscle wastage in both lower arms and legs. He has been fiercely independent most of his life but in recent years Jason’s condition has deteriorated and he has have become increasingly reliant on a wheelchair and the support of those around him. Staff are aiming to raise £4,000 from the game with Motorpoint agreeing to match fund the other £4,000 necessary to purchase the £8,000 wheelchair, complete with a built-in motorised triride, from Bromakin.

Eleanor Shakespeare, Marketing Director at Motorpoint, explained: “Jason has been a huge asset to Motorpoint since he joined us almost 20 years ago thanks to his energy, enthusiasm and effort to make a difference to our customers.

“Unfortunately, his condition has deteriorated in recent years, and to ensure he enjoys the quality of life that many of us take for granted, he requires a new, purpose-built wheelchair. The charity football match forms part of a drive by the whole team to raise the money needed to buy Jason his wheelchair. The fundraising is going very well but if anyone is feeling generous and would like to make a donation it would he hugely appreciated by Jason and his family.”

Jason Brown added: “I really can’t thank the team at Motorpoint for all their support. I currently have a fold away wheelchair that is difficult to manoeuvre and increases my reliance on others. This new wheelchair will enable me to play a much more active part in family life and do some of the things that haven’t been possible of late.”

For more information about the charity football match at Peterborough United on Wednesday, May 29 as well as details on how to donate visit https://www.justgiving.com/crowdfunding/jason-brown-fundraiser