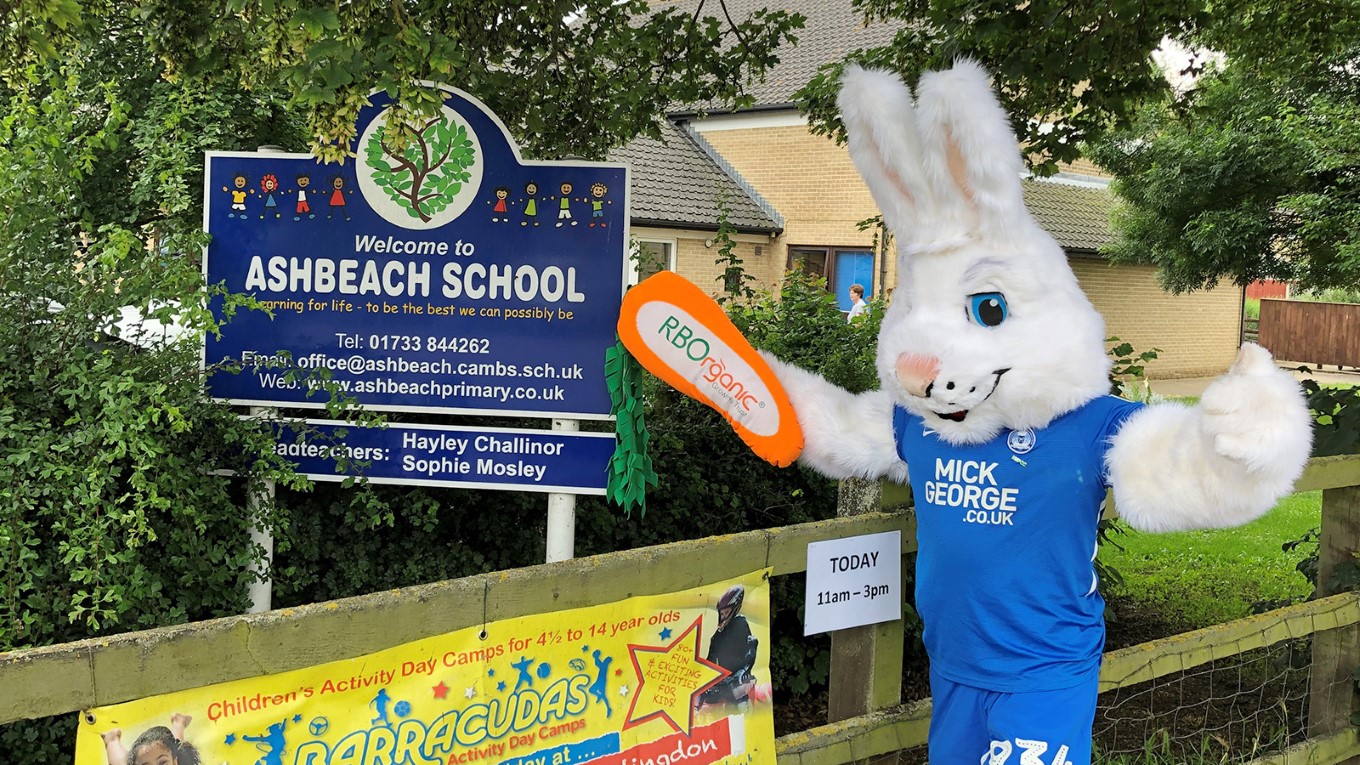 The Schools Initiative continued on Monday afternoon with a visit to Ashbeach Primary School.

On Monday afternoon, the Schools Initiative for 2019-2020 continued with a visit to Ashbeach Primary School and once again mascot Peter Burrow was the star attraction as he continued to show off his dancing moves!

As like last season, every pupil in the school received a FREE ticket for a forthcoming Posh fixture with an adult also admitted free of charge too. Press Officer Phil Adlam said: “After kicking off the initiative in the morning, we headed out to Ashbeach in the afternoon for a visit to their primary school.

“It was great to meet teachers and pupils alike at the school and we hope they enjoyed themselves. We look forward to welcoming them to our game with Fleetwood Town in August.”