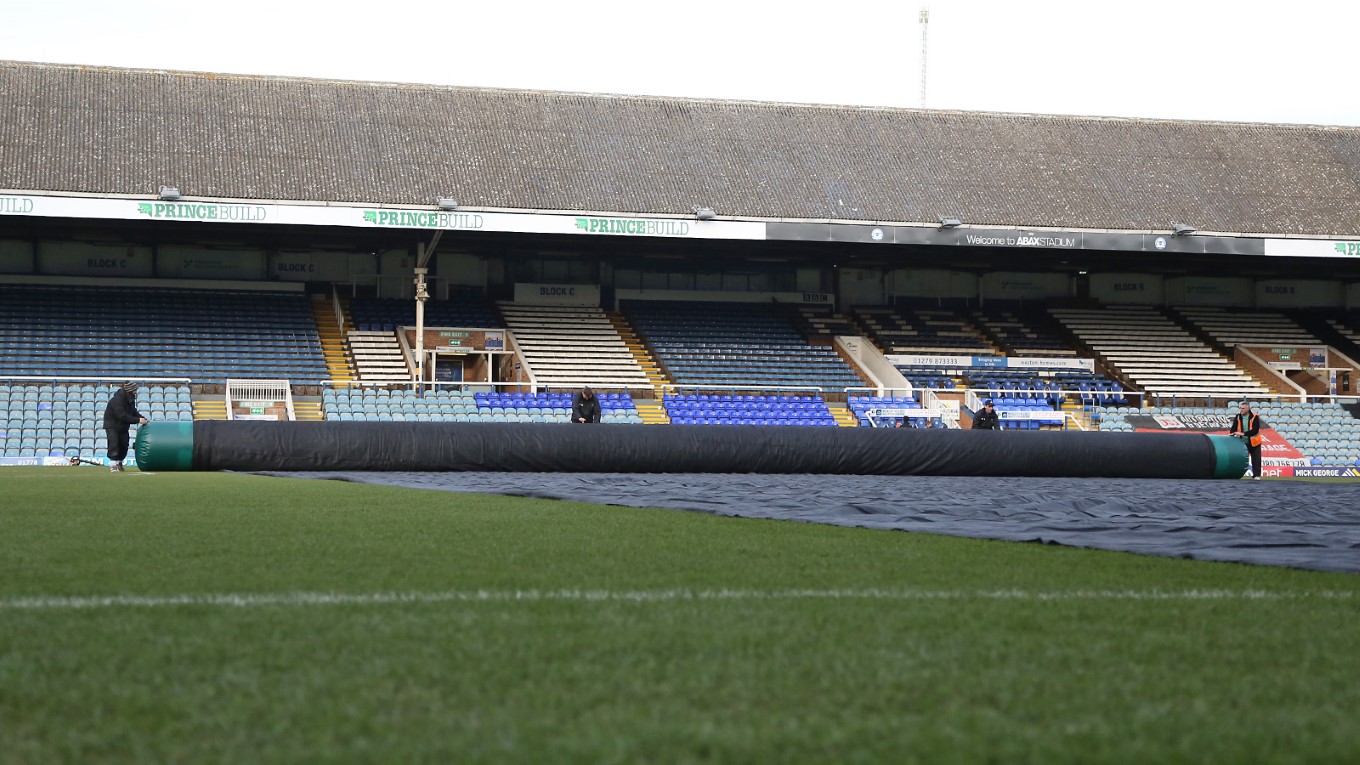 With the temperatures set to plummet, the football club have invested in new frost covers to keep out the cold.

Whilst the new pitch installed by idverde last summer has received rave reviews from Players, Coaching Staff, Referees and Supporters it has one potential enemy: FROST. Frost in its self will not kill the grass on its own but when a pitch is frosted, the grass blades are literally frozen. Any activity on the pitch while it is frosty, like walking on it or mowing it, will "break" the grass blade and damage the pitch. It will recover eventually if left alone, but on a football pitch it may not recover by the end of the season. So basically a frost renders the pitch unusable without damaging it.

The football club invested heavily in brand new frost covers for the new season and with the temperatures set to plummet over the next few weeks, they have already been used on the ABAX Stadium surface to protect it against the elements.

The new covers are made by Tildenet and are successfully used by many of the top professional football, rugby and sports clubs throughout the UK and Europe, and help idverde to prevent fixture cancellation no matter how bad the conditions. Made from porous material, these covers encourage the grass to grow, breathe and stay green. The covers can protect from heavy frosts down to -5 degrees centigrade and have even been successful at -10 degrees centigrade.

The new covers are not just state of the art with respect to the their construction. They come with the very clever Tildenet roll out system. Inside each role of fabric is huge Inflatable cylinder. When the cover needs to deployed the inflatable cylinder is inflated. Once they are inflated the cover can be rolled out across the pitch in a minute or so with just two people. For matches, the air is let out of the inflatable to ensure a good view for all spectators.

Idverde’s manager, Dean Tingley, said: “It is great that Posh continues to invest in providing the best possible playing surface at the stadium. In this case this investment means that we can protect the     asset that we have worked hard to produce. Our new team here at Peterborough can make the call each day as to whether or not the covers are needed. Because they are so easy to deploy, having the resource available is no longer a consideration.”

Posh Chief Executive Bob Symns said: “Our previous covers were battered and bruised and it was vitally important that we invested heavily in this new protection for the pitch. We have worked closely with idverde on this and thank them for their continued support. It is expected to be extremely cold over the next few weeks and hopefully we will be prepared.”