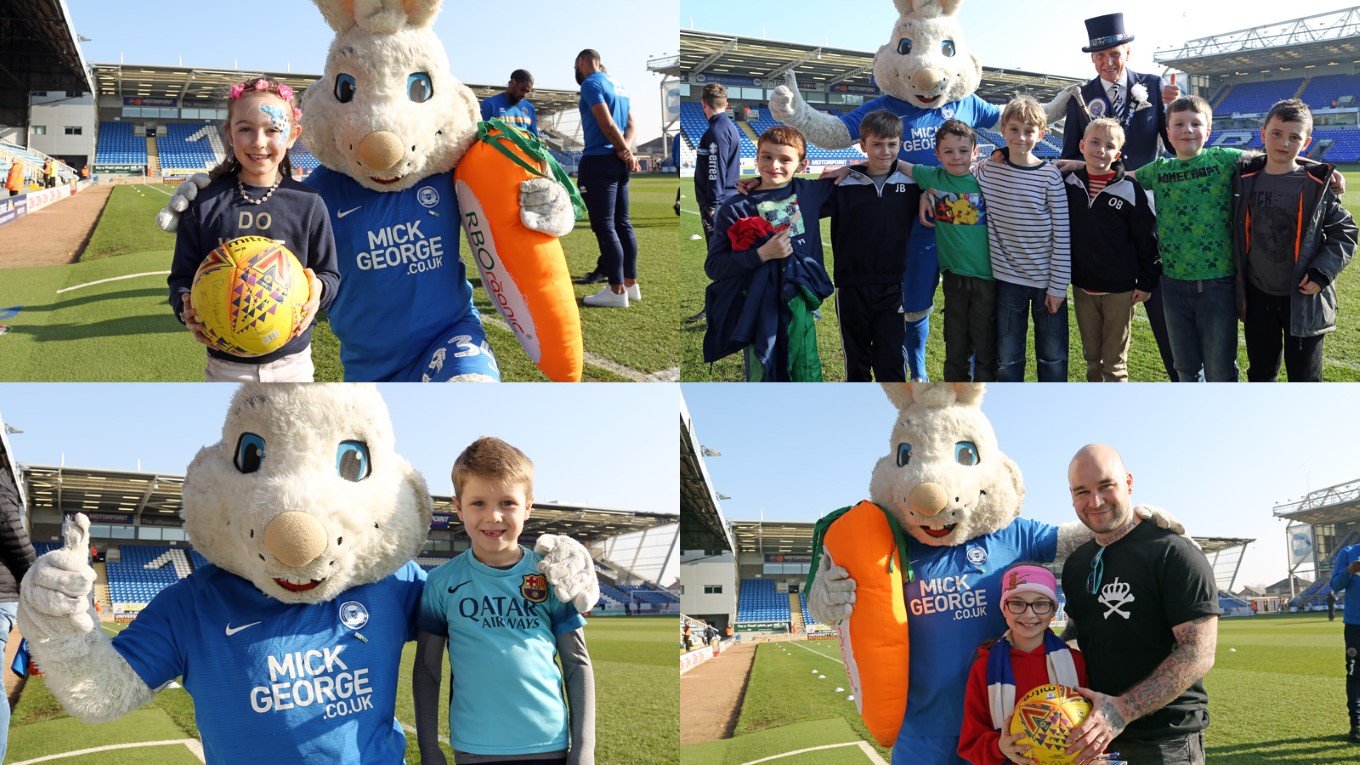 First Time Fans Initiative Continues To Be A Success

Youngsters from across the area took advantage of the club’s First Time Fans Initiative on Saturday.

Ahead of Saturday’s Sky Bet League One meeting with Shrewsbury Town at the ABAX Stadium, over 15 youngsters attending their first game at Peterborough United enjoyed the club’s First Time Fans Initiative.

Our guests were taken pitchside where they met up with mascot Peter Burrow who many of them had met during the Schools Initiative. After sitting the home dugout and spending time with chief executive Bob Symns and Mick George mascot Mick the Skip, they had a photograph with the match ball which was then handed to each individual in a mounted frame commemorating their first game.

Everyone was then taken into the tunnel where they were able to high five the players from both teams as they made their way onto the pitch for the warm up. Press Officer Phil Adlam said: “The First Time Fans Initiative has proved to be very successful since we introduced it earlier in the campaign with many youngsters and adults taking advantage of the opportunity to get a bit of VIP access on a match day to celebrate their first game at the stadium.

“This has been boosted recently because of the Schools Initiative. It is a great way of ensuring everyone attending for the first time gets a memento of their day. Unfortunately, we cannot control what happens from 3pm to 5pm on the pitch, but what we can try and do is affect what we can affect and ensuring everyone has a strong match day experience.”

The First Time Fans Initiative runs at every home fixture and details are available on our website, www.theposh.com.