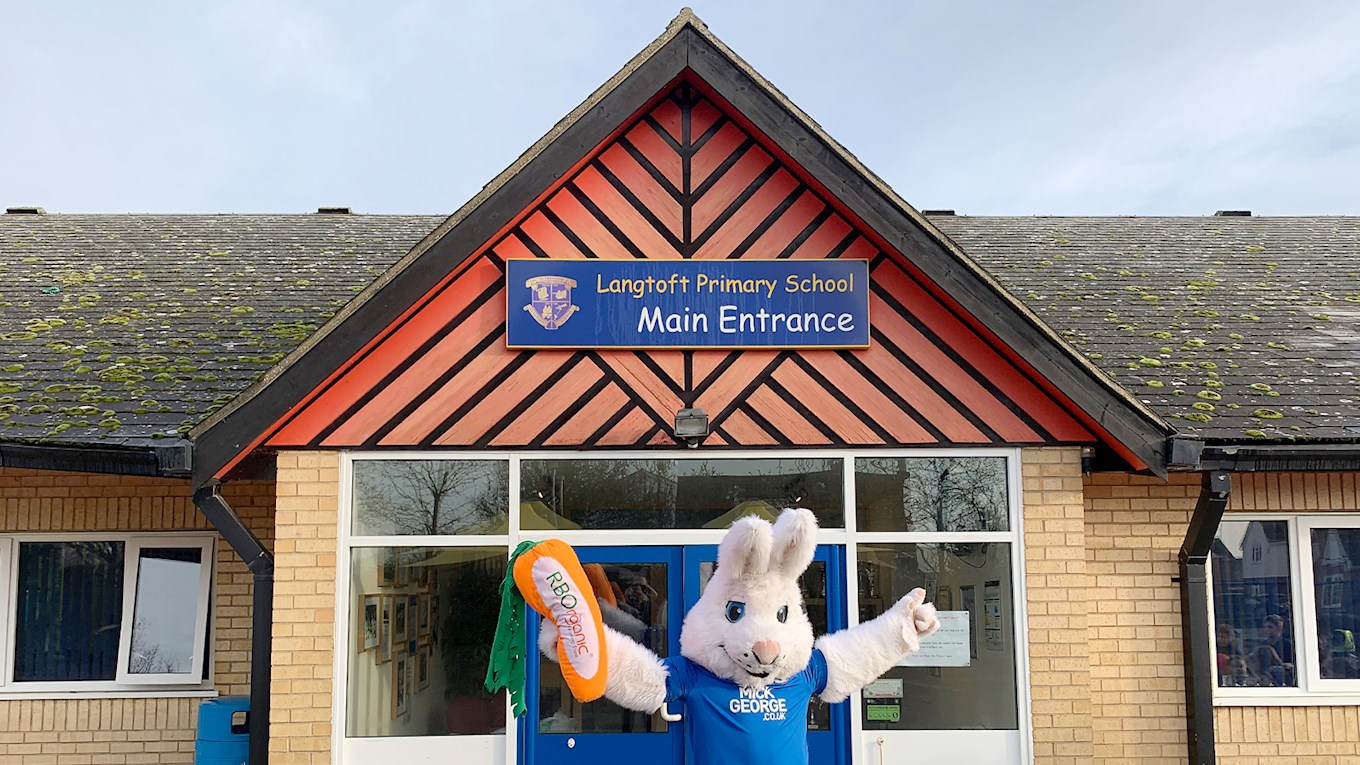 The Schools Initiative continued last week with a visit to Langtoft Primary School as the football club conducted an assembly for over 250 children which featured an appearance from popular mascot Peter Burrow.

We were joined by the Posh Academy who delivered a coaching session for the youngsters before the interactive assembly. Every child received a FREE ticket for a forthcoming fixture at the Weston Homes Stadium which also admitted an adult in free of charge.

Press Officer Phil Adlam said: “It was great to be invited back to Langtoft Primary School. They were one of the first schools to get involved last year and it was a delight to go back and see everyone. We hope they all had fun and look forward to welcoming them all to a forthcoming game at the Weston Homes Stadium.”