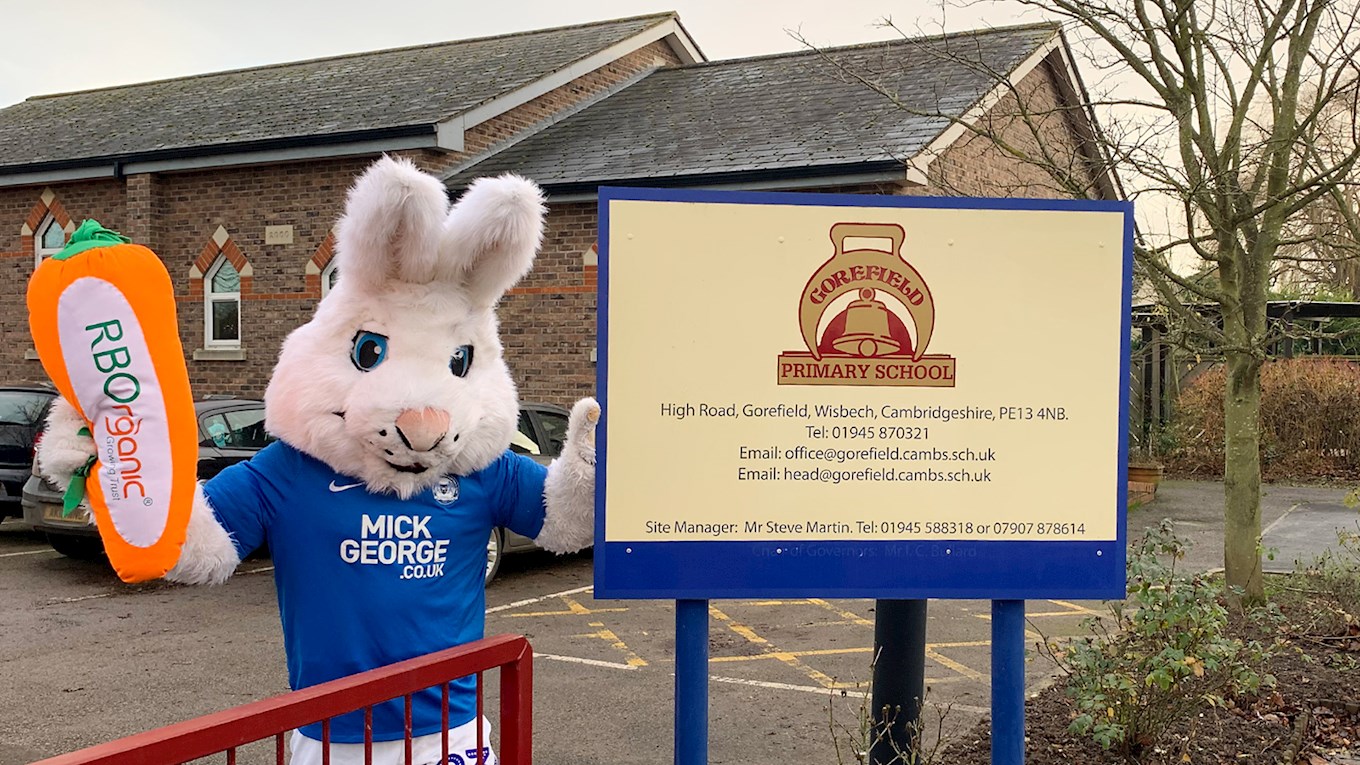 The Schools Initiative concluded ahead of the Christmas break with a visit to Gorefield Primary School as the Football Club delivered an interactive assembly featuring hugely popular mascot Peter Burrow.

Every child in the school received a FREE ticket for a forthcoming game which will also admit an adult free of charge. Press Officer Phil Adlam said: “The visit to Gorefield was the final school before the Christmas break and the 68th since the programme began at the start of the campaign. We have another 82 to complete before the target is hit, so plenty of work to do.

"We hope the children enjoyed the assembly and look forward to welcoming them all to a forthcoming game at the Weston Homes Stadium.”