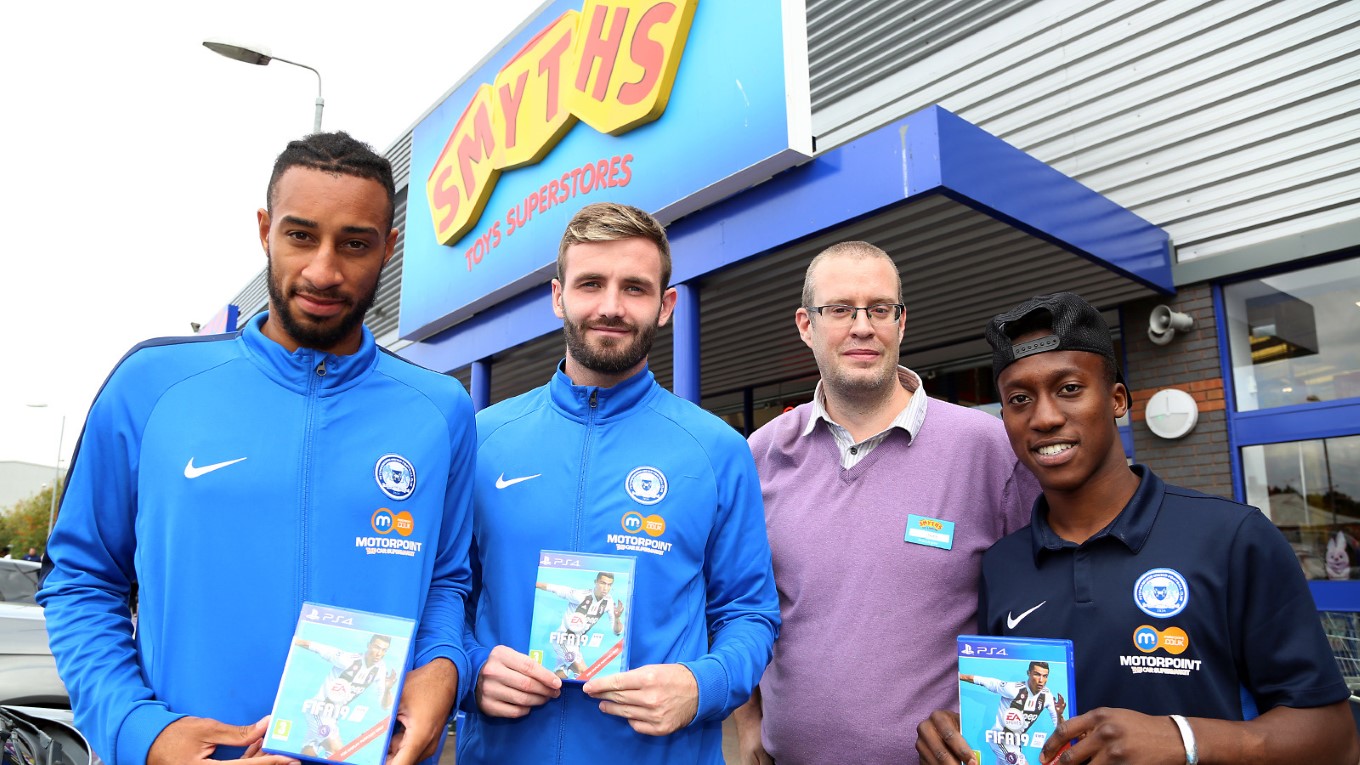 The football club kicked off ‘Gaming Week’ with a visit to Smyths Toys in Boongate on Sunday as Peterborough United trio Rhys Bennett, Jason Naismith and Siriki Dembele took on supporters at the new FIFA19 console game.

All three won all of their fixtures against fans but it was Naismith who came on top in the round robin against his team-mates, beating Dembele following a Glasgow derby between Rangers and Celtic.

This week, we will be giving away copies of the new FIFA19 game, uploading interviews with the players about their gaming history as well as what they think to their own FIFA ratings. We will also be live on Twitch on Thursday night plus much more!