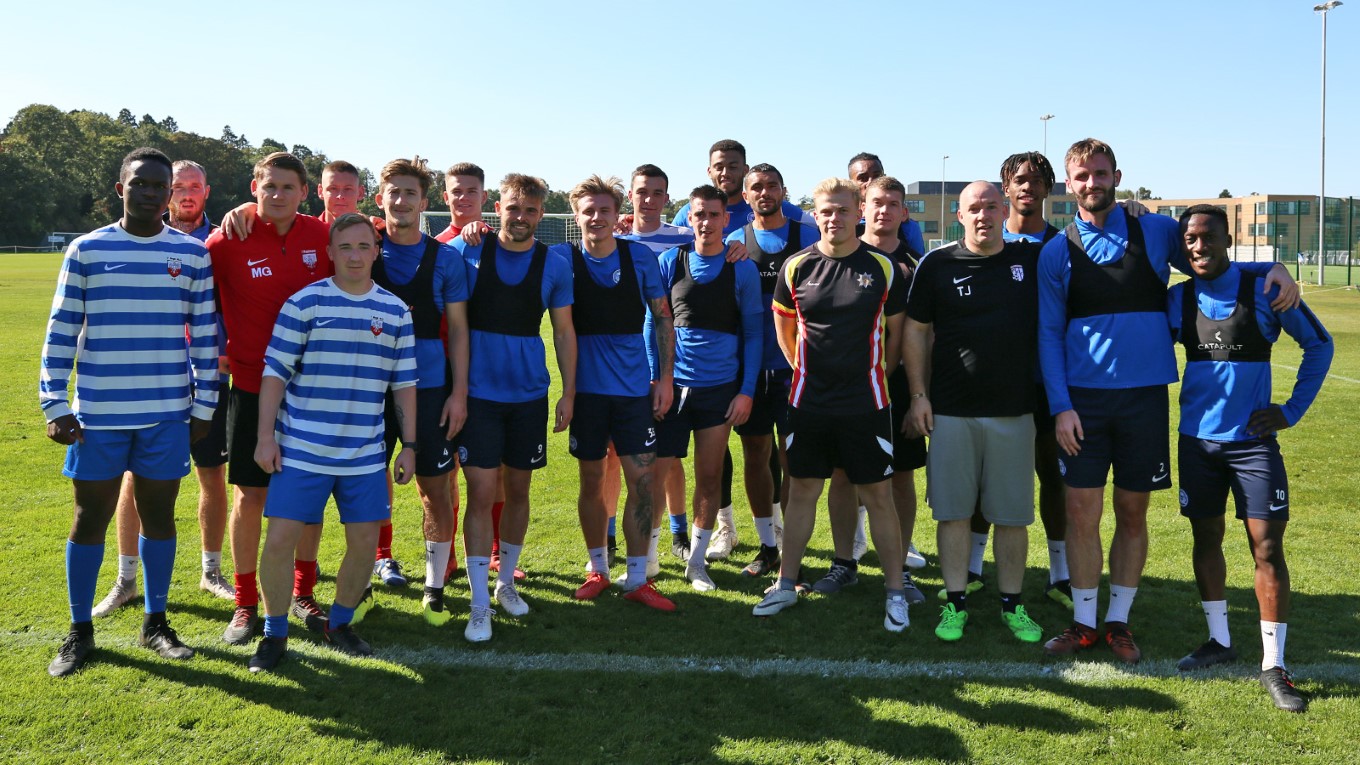 Posh Work Closely With The Army

The football club work closely with the Armed Forces and last month did some filming at the training ground.

Last month, Peterborough United were delighted to welcome members of the British Army football team to the Mick George Training Academy to participate in a crossbar challenge against members of Steve Evans’ first team squad.

Following the competition, both squads were pictured together before goalkeeper Aaron Chapman challenged some willing participants to a game of darts with tickets on offer for the winners. Club Press Officer Phil Adlam said: “It was a really good opportunity to work closely with the Army and help them with their recruitment drive, but not only that, have a bit of fun along the way.

“I know that the guys really enjoyed hearing some of the stories that were shared and both squads showed their competitive side in the Crossbar Challenge. There are obvious similarities in terms of discipline between football and the Armed Forces, but everyone at the football club has huge admiration for the work that is done on the front line and in the other hugely significant roles.

“This year is the 100-year anniversary of the conclusion of the First World War, a significant date in this country’s history and we will be marking that moment at the ABAX Stadium.”

The football club worked alongside the Army in Cathedral Square at an event last month and ahead of training this week, manager Steve Evans and the squad observed a minute’s silence at 11th minute of the 11th hour at the Mick George Training Academy.

You can watch the videos that have been put together with the Army here: