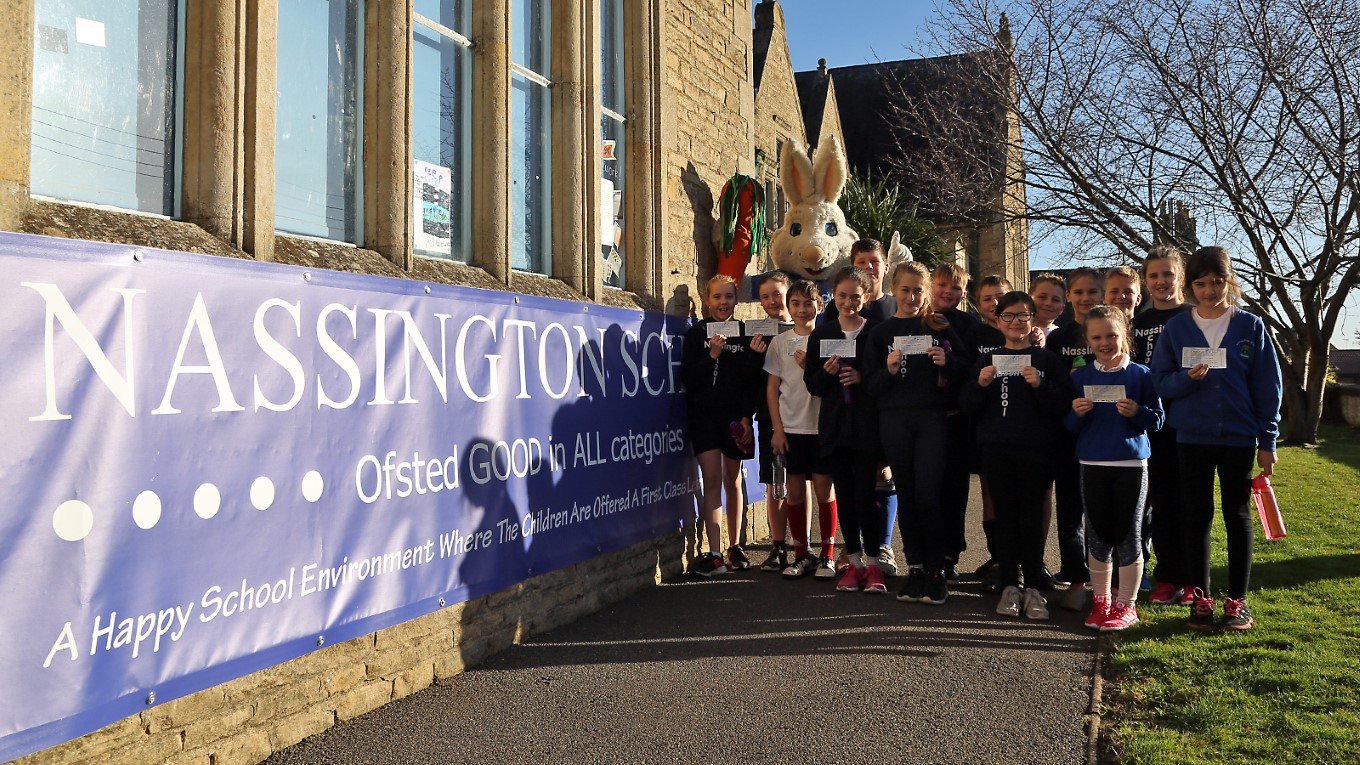 Nassington Primary School the latest to be included in the Schools Initiative.

The Schools Initiative continued on Tuesday (despite it being a match day) with a visit to Nassington Primary School and this time, mascot Peter Burrow was not only a star in the assembly, but he demonstrated his football skills as the Posh Foundation put on a taster session for youngsters.

Once again, all of the pupils in the school received a FREE ticket to a forthcoming home fixture at the ABAX Stadium with a parent/guardian also getting a FREE ticket. Press Officer Phil Adlam said: “Nassington Primary School was one of the smallest schools we have visited in terms of number, but one of the warmest welcomes we received.

“It was great that the Posh Foundation were present and Peter certainly enjoyed showing off some of his skills with the football. We hope to see many of the youngsters at the school at a forthcoming fixture.”