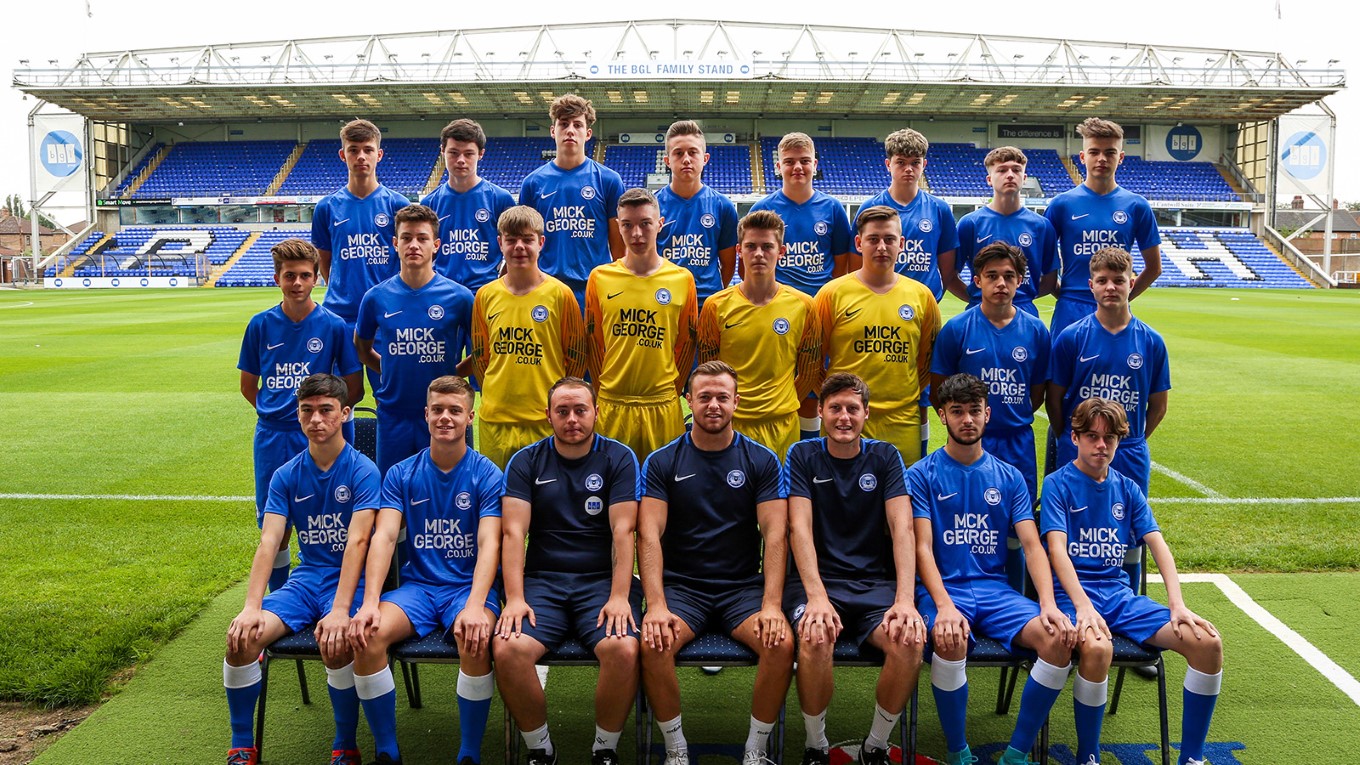 The latest from the Scholarship programme at the Mick George Training Academy.

On the back of last week's visit to Man City, the Posh Scholarship were away once again, this time against Southampton. Having travelled down the day before, the Scholarship were treated to an overnight stay at a nearby hotel. On the eve of the game, Posh spent some time bonding by going out to eat as a team followed by watching Tottenham vs PSV.

On the day of the game, Posh started with a trip to St Mary's, Southampton's first team stadium, before heading to the match venue. Posh started the first 10 minutes of the game slowly and struggled to get a foot in the game, but after the shaky start Posh found their rhythm and started to dominate the game creating a lot of chances through Bayly and Cook.

After missing a few clear cut chances, Posh found themselves 1-0 ahead through the left foot of Bayly having done well to create the space to shoot. Maintaining their dominance, Posh continued to threaten and doubled their lead through Cook after good work down the left hand side from Palmer. Despite the period of dominance, Southampton pulled a goal back before half time after Posh failed to clear a needless free-kick.

After the break, Southampton started the half most-lively and equalised, capitalising on Posh's defensive errors. Much like the first half, Posh again began to dominate possession and created numerous chances with no rewards. Much to Posh's dismay, Southampton took the lead for the first time in the game with a replica of their first goal. Despite the setback, Posh showed good resilience to find a way back into the game and finished the game 3-3 after equalizing late in the game through a thunderous shot from Cook after the ball broke loose in the penalty area.

Having dominated most of the game and creating many clear-cut chances Posh will feel they should've taken all three points rather than just the one.

Posh went into this clash hopeful of a victory, from the outset we could see that it was going to be an attack v defence job. Surely enough we made it 1-0 early doors. This we thought may invite Sheffield to attack, however they happily sat back to which posh had to try and break down. Not a convincing display however we dominated the game and made it 4-0 at half time however not content with the performance, knowing it could have been 10. Posh continued to chip away at the defence of Sheffield, and made it 7-0 with a couple of good finishes. Posh could not keep their clean sheet however as a long ball from Sheffield was not dealt with by the Posh fix resulting in a consolation for Sheffield.

Posh started the game slow and off tempo, perhaps as a result of the previous game against Sheffield United who lowered the standard slightly. Bristol scored early doors to make the score 1-0. Bristol had deployed the fly GK tactic which posh could not deal with all throughout the game. Bristol then looked to extend their lead which they successfully did.

Posh struggled to really get going in this match and looked a beaten side when Bristol scored their 4th. Half time and Posh had to try and regroup and go again in the second half. Bristol's fly tactic proved too effective for Posh and in a matter of a few minutes it was 6-0. Posh managed to grab a goal back through Munns' good pressing. Late on in the match Bristol managed to kill the game at 8-1. A heavy defeat for Posh however on another day it could and potentially would have been different.