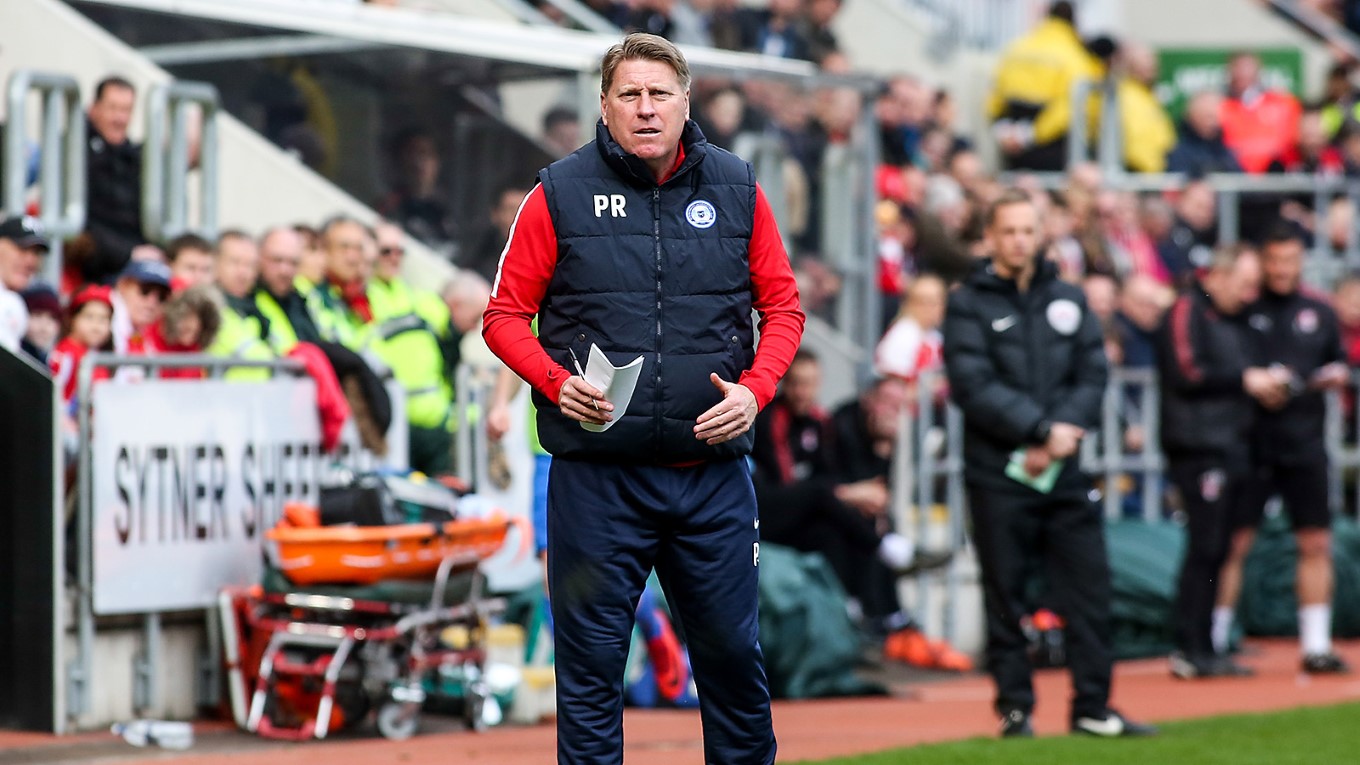 Posh Confirm Under 23 Side For New Campaign

Manager Steve Evans has confirmed the club will be playing under 23 fixtures next season.

Peterborough United manager Steve Evans has confirmed that the club will operate with an under 23 side for the new campaign with a number of those fixtures set to take place at the ABAX Stadium with supporters allowed to attend and watch.

Evans, who made the recommendation to the board of directors in America last week, admitted it was an important part of the players’ development and was pleased that the recommendation was approved quickly. Paul Raynor will manage the under 23s (reserve side) with new under 18s boss Matthew Etherington his assistant.

“It was easy to be honest to get that side approved. I think the chairman was waiting for one of his manager’s to propose that we have an under 23s side and it was one million percent endorsed by Darragh MacAnthony, Stewart Thompson and Jason Neale. We had a really hard working trip last week and one of the first points of the agenda was the formation of an under 23 team.

“Ultimately, the under 23s are controlled by myself, it is under my remit, but on those match days, my assistant Paul Raynor will be in charge and be assisted by the under 18s manager Matthew Etherington. It is a clear pathway. It will be first team players that need minutes and that will be supplemented by under 18s players and potentially under 16s players if they are deserving of stepping up into a first team environment.

“We are going to try and get as many of these matches at the ABAX Stadium on evening’s as possible to allow our supporters, of which I am one, to watch our reserves in action. There will be players that the supporters recognise and it is a good opportunity to see the youngsters coming through at the football club.

“It is also important to make sure that the stadium is used for these games so those younger players can get used to playing at the ABAX Stadium and in front of a few supporters too. It was a strange when we arrived to find that some players were told they didn’t have to play reserve team football. Every player that is here next season who do not play on at the weekend in the first team or the required minute’s in the first team will play in the under 23s game. It is dead simple,” Evans said.

Confirmation of fixtures and admission details will be released ahead of the new campaign.