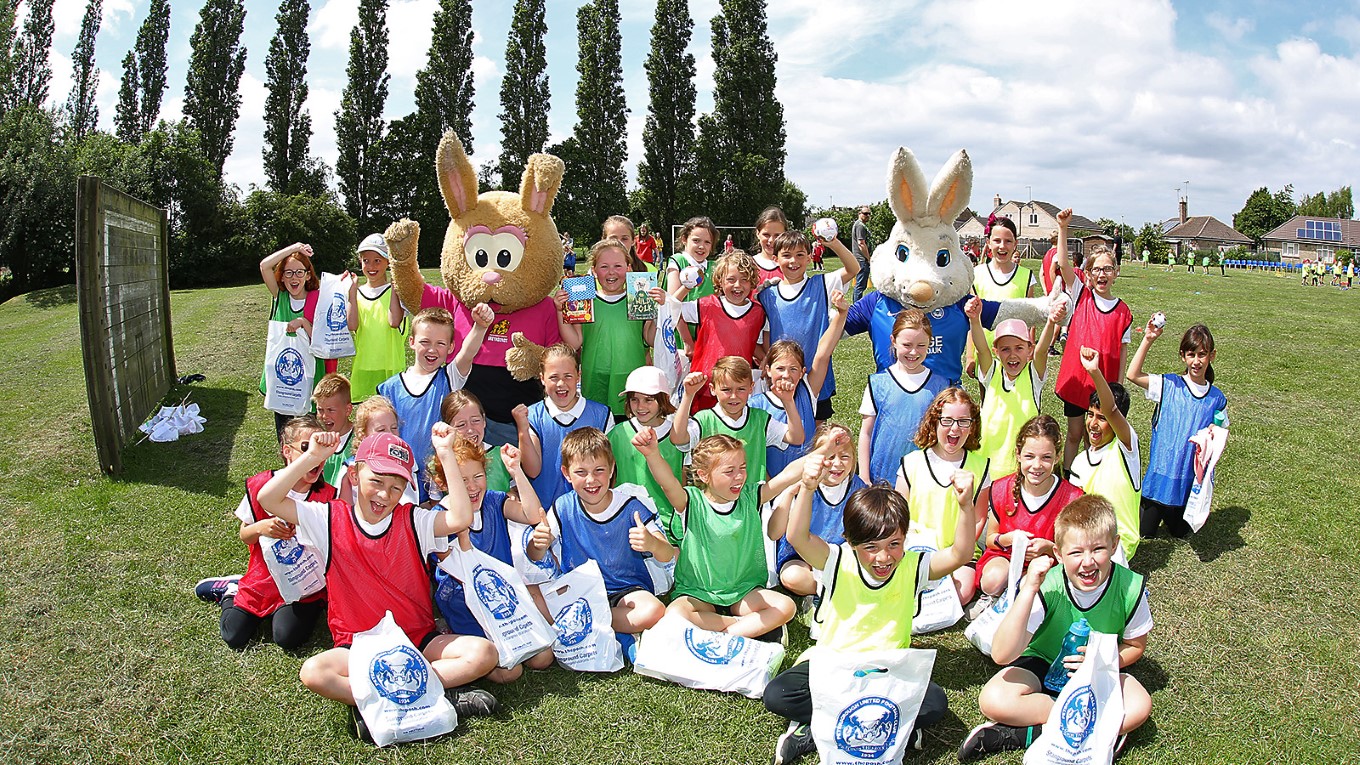 Mascot Challenge With A Difference

The latest challenge between Peter Burrow and Rocket the Hare took place at John Clare Primary School on Wednesday afternoon as the two mascots participated in the annual Sports Day thanks to a competition run by the Term Times magazine.

The magazine invited pupils at schools across the county to try and ‘win the mascots’ for their Sports Day and thanks to the determination and persistence of children at the school, the Helpston-based Primary School was declared the winner.

The winning class all received Posh goodie bags and the three children at the forefront of the campaign to secure the mascots also received goodies from Term Times. Then it was time for Rocket the Hare and Peter Burrow to continue their competitive challenges and it wasn’t a straightforward sprint this time around.

Featuring some of the typical Sports Day activities, the pair had to throw a bean bag into a hoop, clear hurdles and try and negotiate some quick step mini-hurdles before sprinting to the finish. Despite the lack of a VAR system, Rocket the Hare was awarded the victory and levels the scores at 2-2.

We would like to thank everyone at John Clare Primary School for all their help and we would also like to thank Term Times for organising the competition. You can watch the race here!