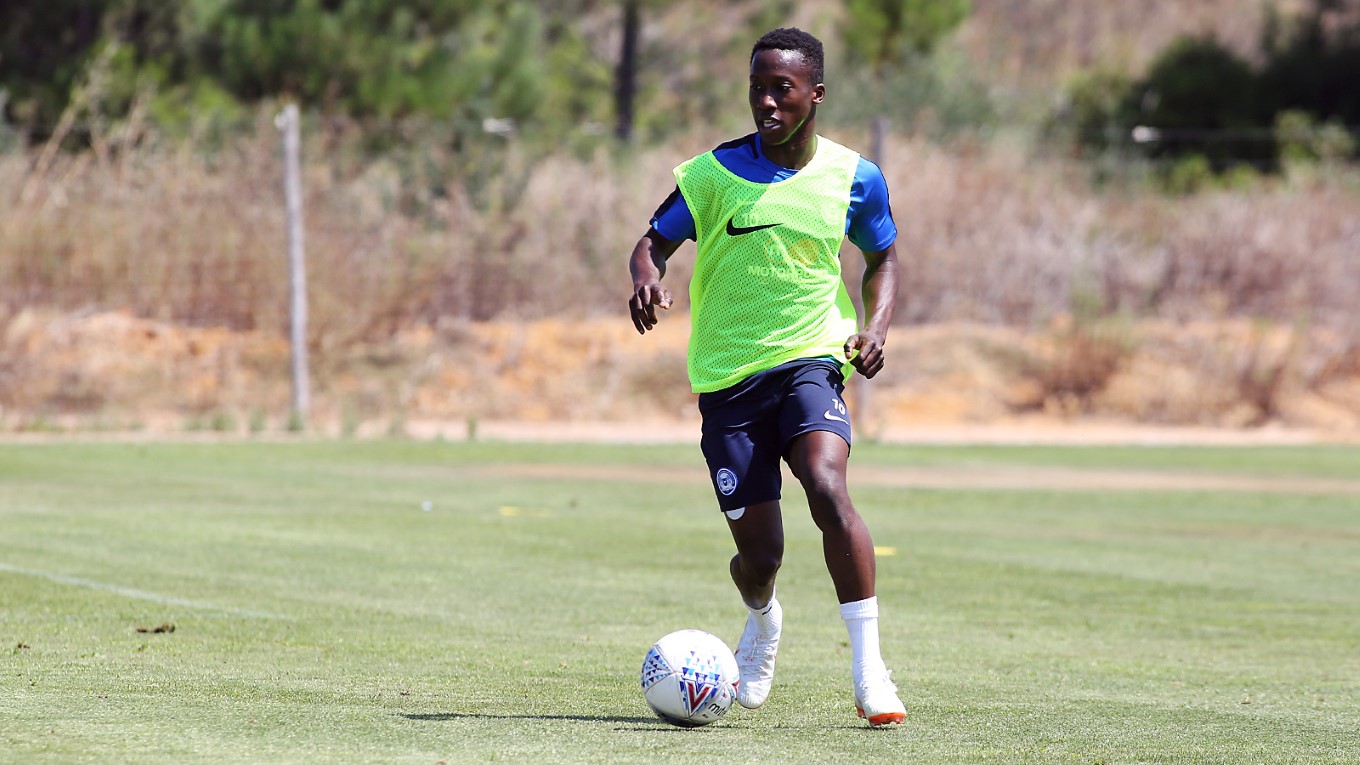 Plenty of eye catching goals for Siriki Dembele, but he is not getting too carried away.

As a new player, hitting the ground running is always important. Siriki Dembele has hit the ground pretty hard in the first few weeks of pre-season, scoring some eye-catching goals and providing one or two glimpses of his wonderful natural ability on the ball.

Dembele is not getting carried away though. He is well aware that pre-season is just that – it is when the real stuff gets underway in August that he knows he needs to step up to the plate. Inner confidence won’t be an issue though, just not in front of the microphone.

“I am not looking forward to singing if I have to do that as an initiation,” Dembele said in an exclusive interview with ThePoshTV. “I like to try things on the pitch though and if it doesn’t come off I try not to let it affect me. I obviously like to score goals, but I also get joy out of beating a player. Pre-season has gone well for me but that is all it is.

“It is a chance to try a few things and I have managed to score a few goals in the games we have played so far. It is just about fitness at this stage though, I have to make sure that I am contributing when we start our season against Bristol Rovers. I need to keep my pre-season form going.

“This is a good opportunity for me at Peterborough. I enjoyed playing first team football last season with Grimsby but I am joining a club that want to get promotion and I want to try and help. There are a few different avenues to making it in professional football. I spent time with the Nike Academy and that was a great set-up and gave me the chance to get into the game. I want to take that chance.

“Being away in Portugal is really important. It is a great chance to get to know the squad and obviously get a lot of fitness into our legs. We have two games while we are out here and hopefully that will prepare us for when we go back at the end of the week,” Dembele said.