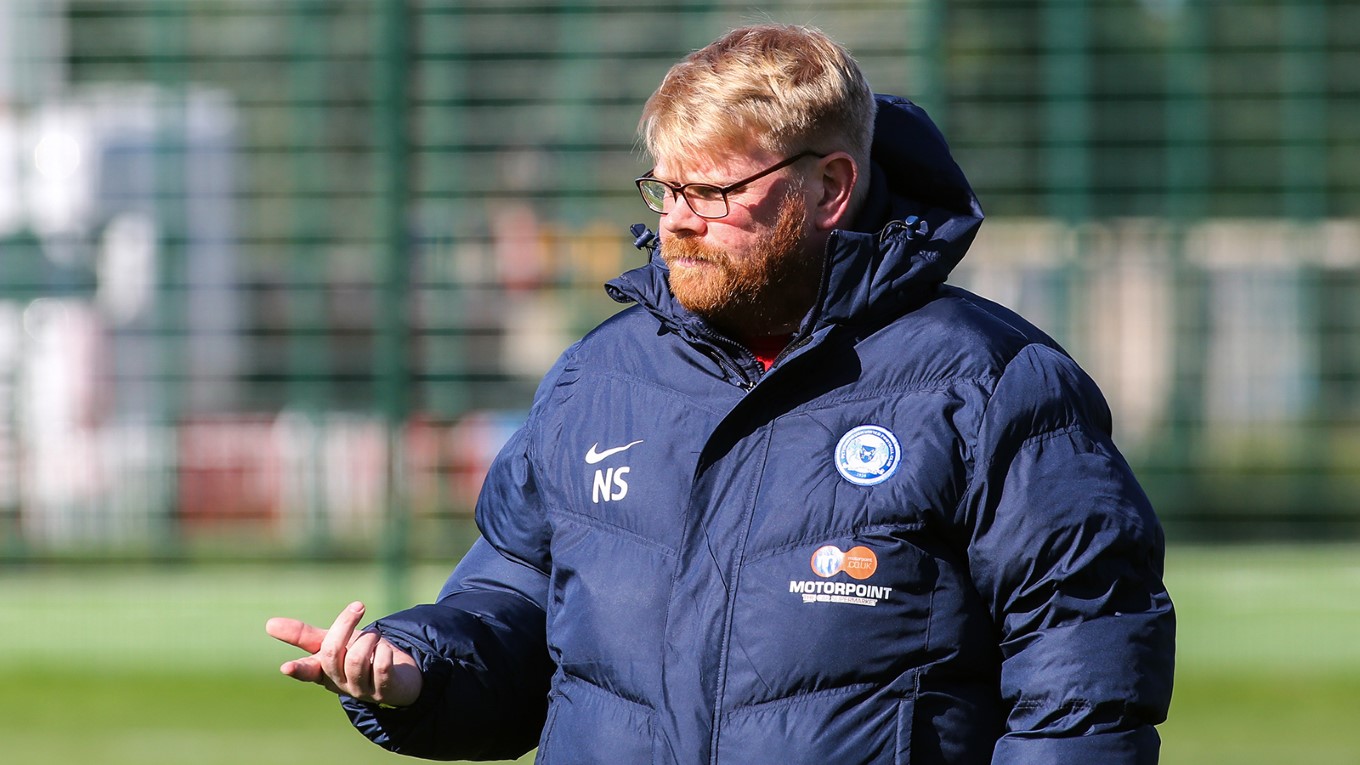 I wanted to talk in today’s programme notes about the work that is undertaken by our coaches in preparation for offering the two-year scholarship to players within the Academy. It is really tough. The Premier League have moved the guidelines in terms of when you can offer scholarships. You have to offers players who you would like to sign on a scholarship from your crop of under 16s by the 31st December.

We had to offer the ones that we felt we wanted to keep by that cut-off point and that is an extremely short period of time. Previously, it was the 31st March. They moved it because of the kids’ education and rightly so, but it does make our job a lot tougher. We have to make sure that as a coaches we offer scholarships based on a whole host of factors.

Ultimately it comes down to whether or not we believe that after a two-year scholarship those players have enough potential to develop into a first team player at the football club. You might look at players and think that, pound for pound, they are a better player than someone else but it is all about trying to predict and use our experience to best guess, who, in those two years, will develop into a player who can affect the first team gaffer’s selection for his starting XI.

We have seen that with Lewis Freestone, Sam Cartwright and Andrea Borg, who have all been in and around the first team after signing professional contracts at the conclusion of their scholarships. Ultimately, as an Academy it is about producing players of our own so that they club don’t have to go out and spend money on alternatives.

There are a number of different factors that we look for. The technical side of the game; simply how good are they at football, passing, heading, shooting, tackling – all those attributes on a consistent basis. Then we look at them physically, how can they get around the pitch, can they change direction quickly, can they use their bodies in one v one situations, are they strong enough to cope with game.

The technical and physical side of the game are probably what gets players into the door as a scholar but to get them over the line is down to their Psychological and Social development as well. Psychologically, players need to be able to perform in front of 6,000 supporter’s week in, week out without their performance being affected by people in the crowd, by external influences, so they need to be able to handle that.

Socially, the players need to be able to conduct themselves appropriately as representatives of the football club. They have to be good people, they have to be hard-workers and we need to judge them on how far we think they can progress. We have youngsters in the group, who might be 5”4 at the minute, but the tests that we are able to do could predict that they would reach 5”9 so there is a lot of growing to be done.

You have to provide yourself as coaches as much evidence as possible to suggest that these players can develop both physically and mentally. When a player is offered a scholarship that does not mean they are going to make it, there are absolutely no guarantees.

One of the things that I say, whether it was in my previous role as Foundation Phase Lead Coach or whenever I speak to the older age groups/under 18s, is that there are no guarantees, just opportunities and that comes down from the chairman. I speak a lot about when those opportunities come, whether it be to go across and train with the first team, they have to be in the best possible physical shape and mindset to go and do it.

If they go over and train well and take that opportunity, things can happen for you. I talk a lot about perceptions and body language around the Mick George Training Academy because we are fortunate, we train side by side with the first team and the first team management, everyone is watching you all of the time.

That can be a good thing if you do things right and it can be a bad thing if you don’t do everything you should be. If you don’t hold the door for people, or leave an area messy, people will pick up on that and ultimately it will get back to the person who makes the decision on whether or not you are offered a scholarship or a professional contract and that is the first team manager.