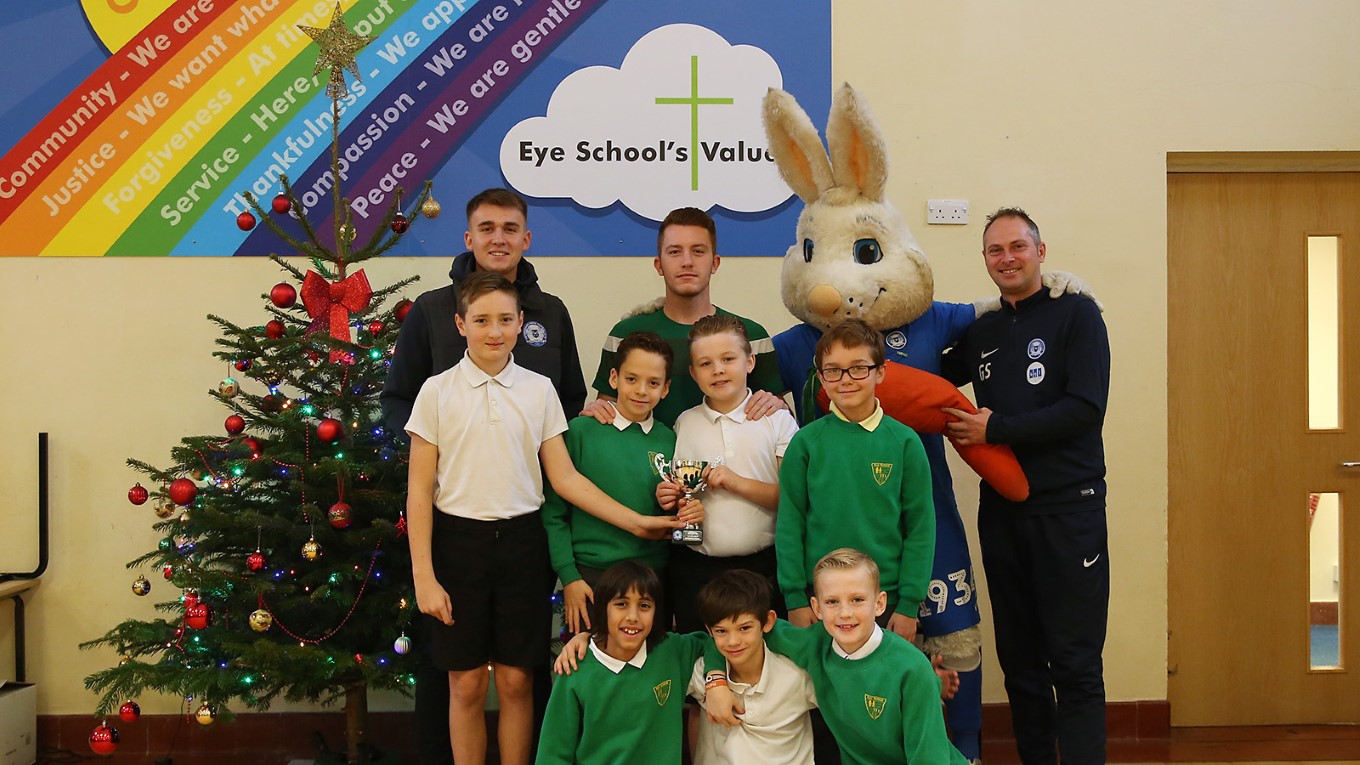 On Tuesday morning, the Posh Foundation led an assembly for pupils at Eye Primary School with mascot Peter Burrow ensuring all of the youngsters had an enjoyable time.

Every pupil at the school received a FREE ticket for a forthcoming fixture at the ABAX Stadium with an adult also admitted free of charge.  Press Officer Phil Adlam said: “This assembly was a bit different as it was run by the Posh Foundation and following the assembly, the successful school football team were presented with their trophy from a recent tournament organised by the Foundation.

“We hope that all of the children take up the opportunity to come and watch us play over the festive period.”