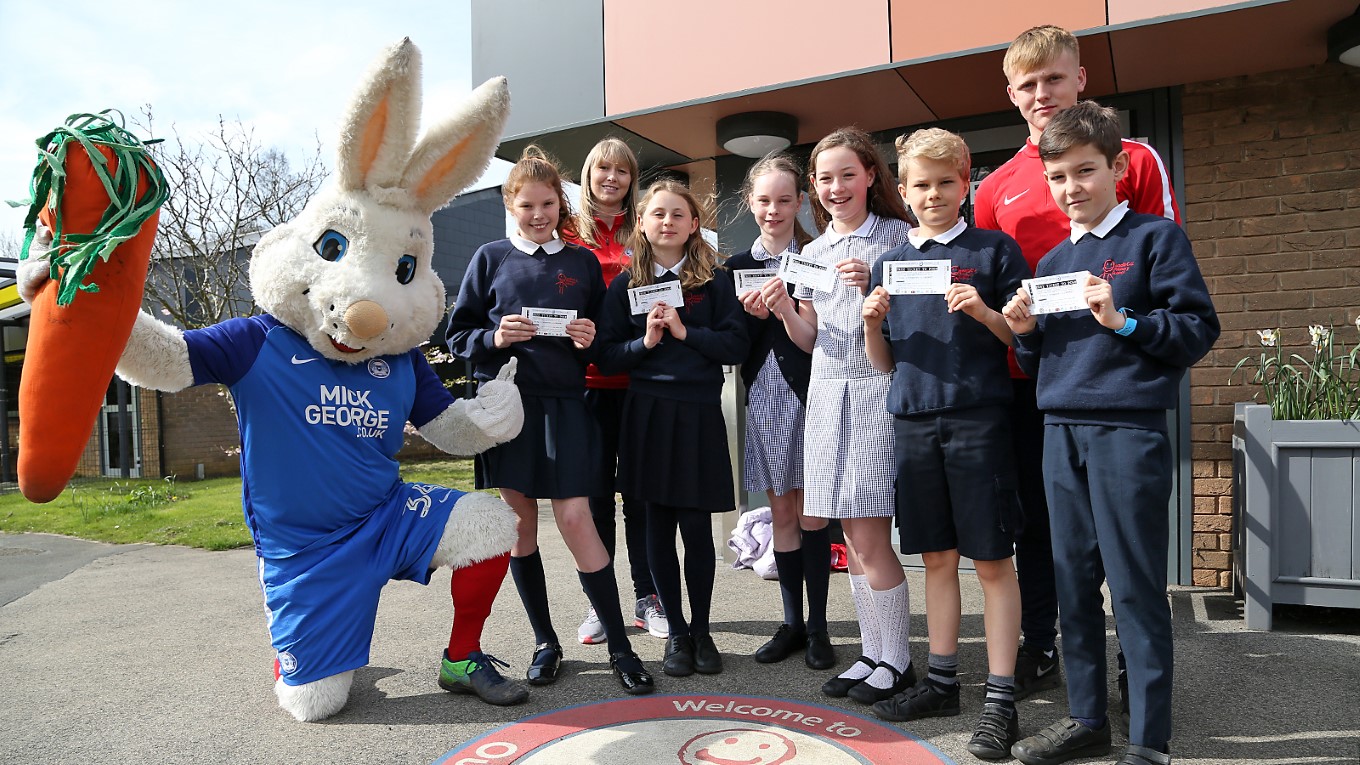 Pupils at Oundle Church of England Primary School received free tickets to the final home Sky Bet League One fixture of the season during an assembly at the school on Tuesday morning.

The school, which has over 400 pupils, participated in an assembly which featured two DVD’s, one of the first team at the football club and one of the ladies and girls department. The assembly was put together to promote forthcoming after school clubs and the SSE Wildcats Girls’ Football Centres, which provide Peterborough girls aged between 5-11 with regular opportunities to play football.

Mascot Peter Burrow was also in attendance and he made sure every youngster was given a high five before returning to their classes.